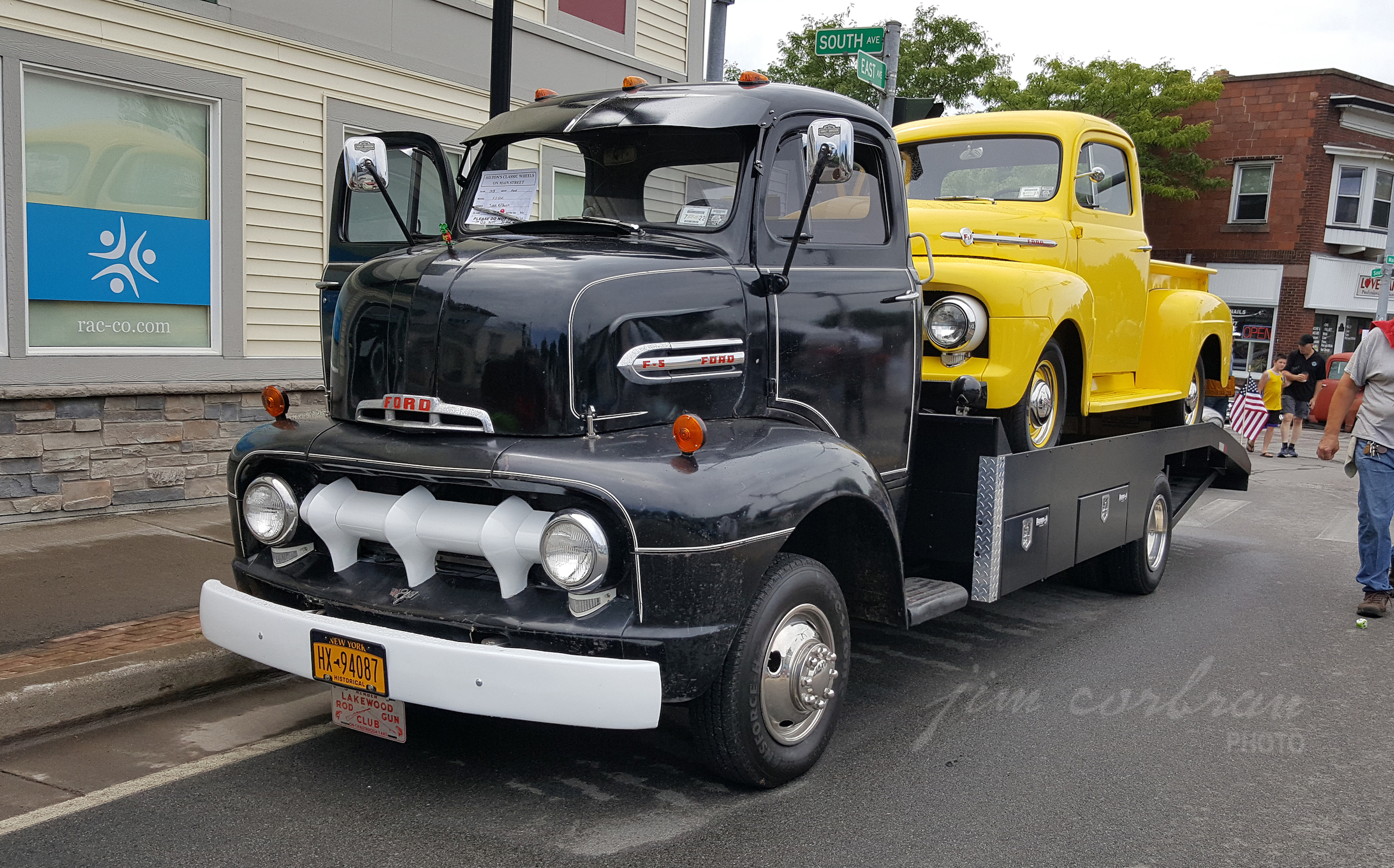 If you were paying attention, you probably noticed this 1951 Ford F-5 COE lurking behind yesterday’s RealRide when they were both photographed at the recent Classic Wheels on Main Street Car Show in Hilton. If you’ve really been paying attention you’ll remember that we also featured this truck a couple of years ago when it was at the Hilton Apple Fest. This time though, we think we have a better photo, and it’s a photo of the truck actually at work, hauling another, future RealRide on its back. Not often you see these rigs at car shows, but when they do show up they always draw a crowd.