Now here’s something you don’t see every day… a 1977 Chevrolet Concours sedan. What, you say? It’s a Nova?! Move two spaces back and lose your turn. The brochure cover announces it as “Concours by Chevrolet.” There’s nary a Nova badge to be found anywhere on the car, nor will you find the word “Nova” mentioned anywhere in the Concours’ advertising. IMO it was a quick response to Ford’s Granada, which was a totally different upscale car from its cheaper compact cousin, the Maverick. At any rate, the Concours nameplate stuck around for only two model years, 1976-77, with the new Nova Custom taking its place for MY 1978. The Concours, while it lasted, was available as this four-door sedan as well as a two-door sedan (inset) and a three-door hatchback. Today’s RealRide was photographed last month by Mrs. RealRides while on a shopping trip in North Tonawanda. While putting this piece together we noticed its for sale ad which was on craigslist earlier this year, where the price dropped from six grand to $3,900. Could it be that those wonderfully cropped ad photos (bottom of page) didn’t spur much interest? 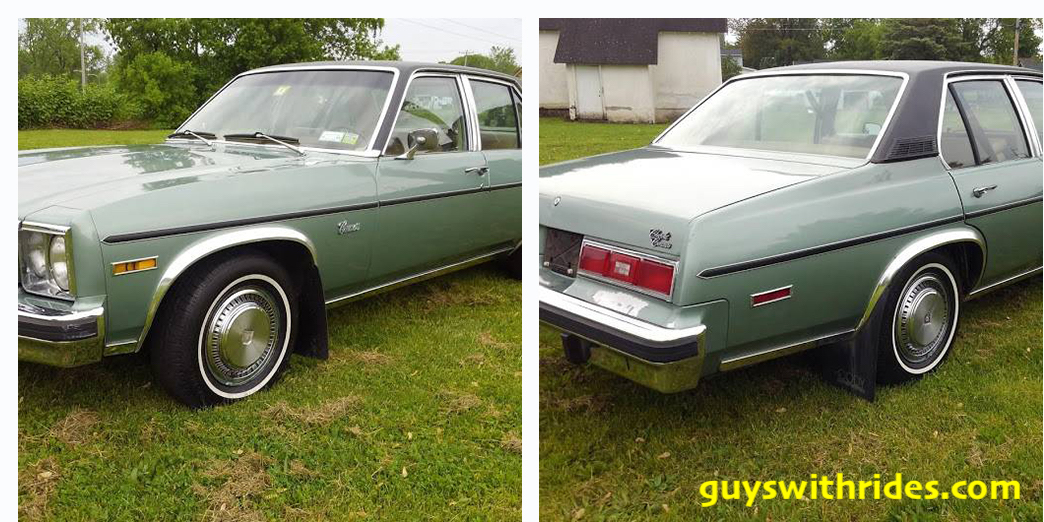