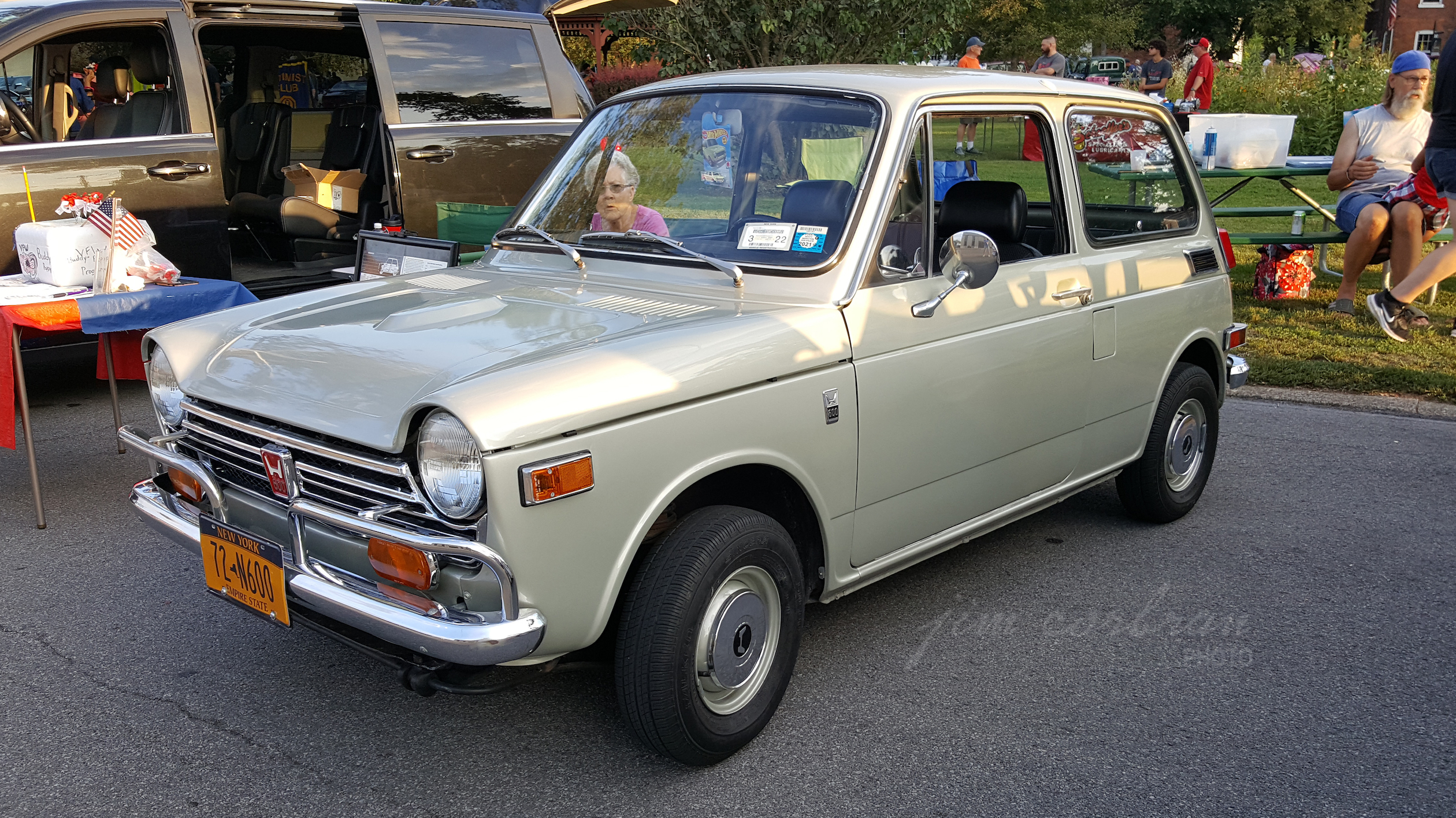 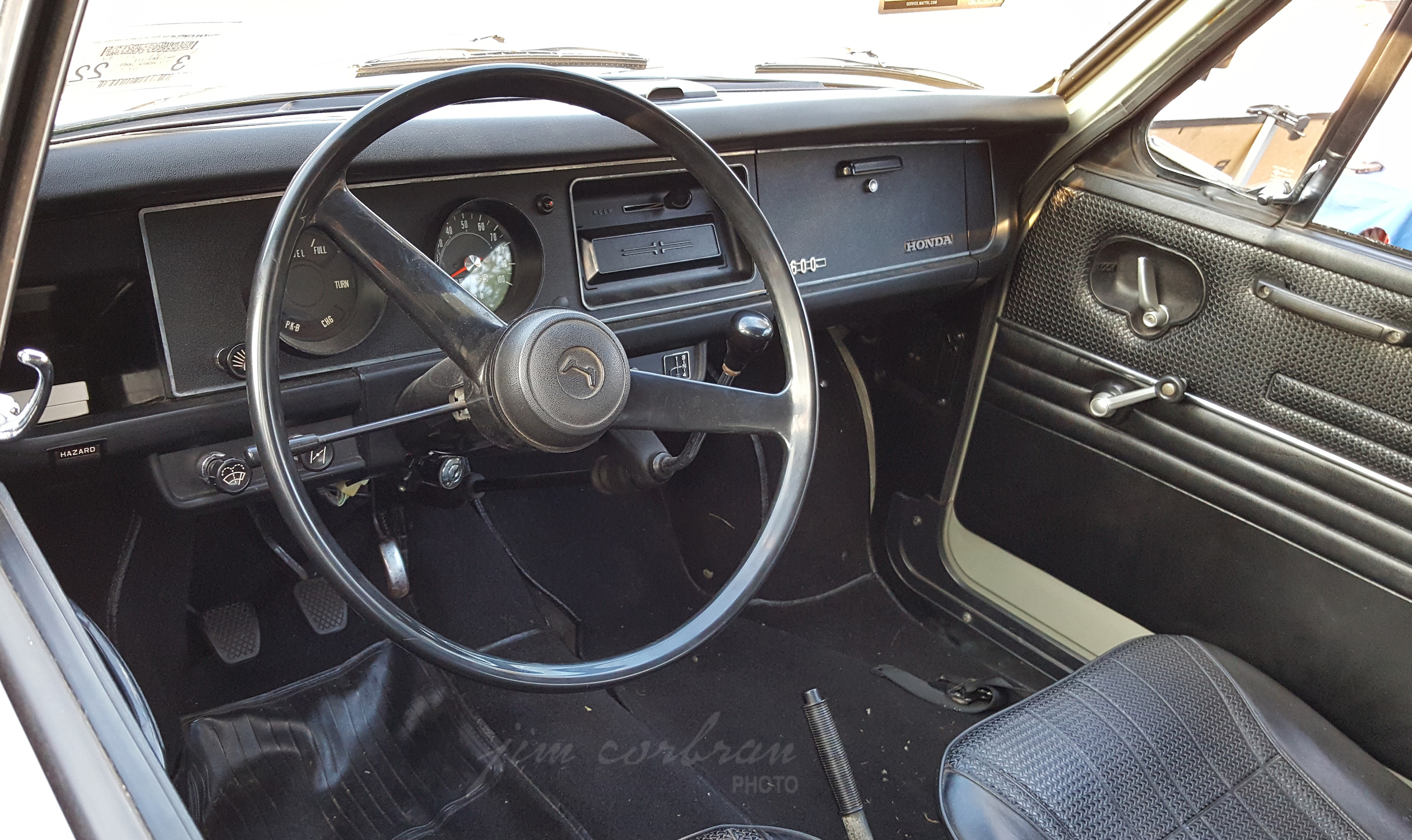 This 1972 Honda N600 was driven to a recent Friday cruise night at Ida Fritz Park in Lockport by Alexa Hufnagel. Her family was well-represented that evening, what with their 1958 Chevrolet parked right next to it. Talk about a size difference! The N600, if you’ve never seen one in person, is about the size of the original British Mini Cooper which debuted back in 1959. Alexa’s mother told me that this one was purchased new by her aunt and only driven for about a year before it was parked with an engine problem. It’s now jointly owned by various family members who decided to get it out of the garage a few years back, do the needed repairs, and give it a respray in the original color (which from here looks like it might be Alluvial Gold). They’ve been having fun with it ever since! Honda called it “…the ideal go-to-the-beach, go-to-the-desert or go-anywhere-else kind of car.” Ya gotta love coming across these rarities!