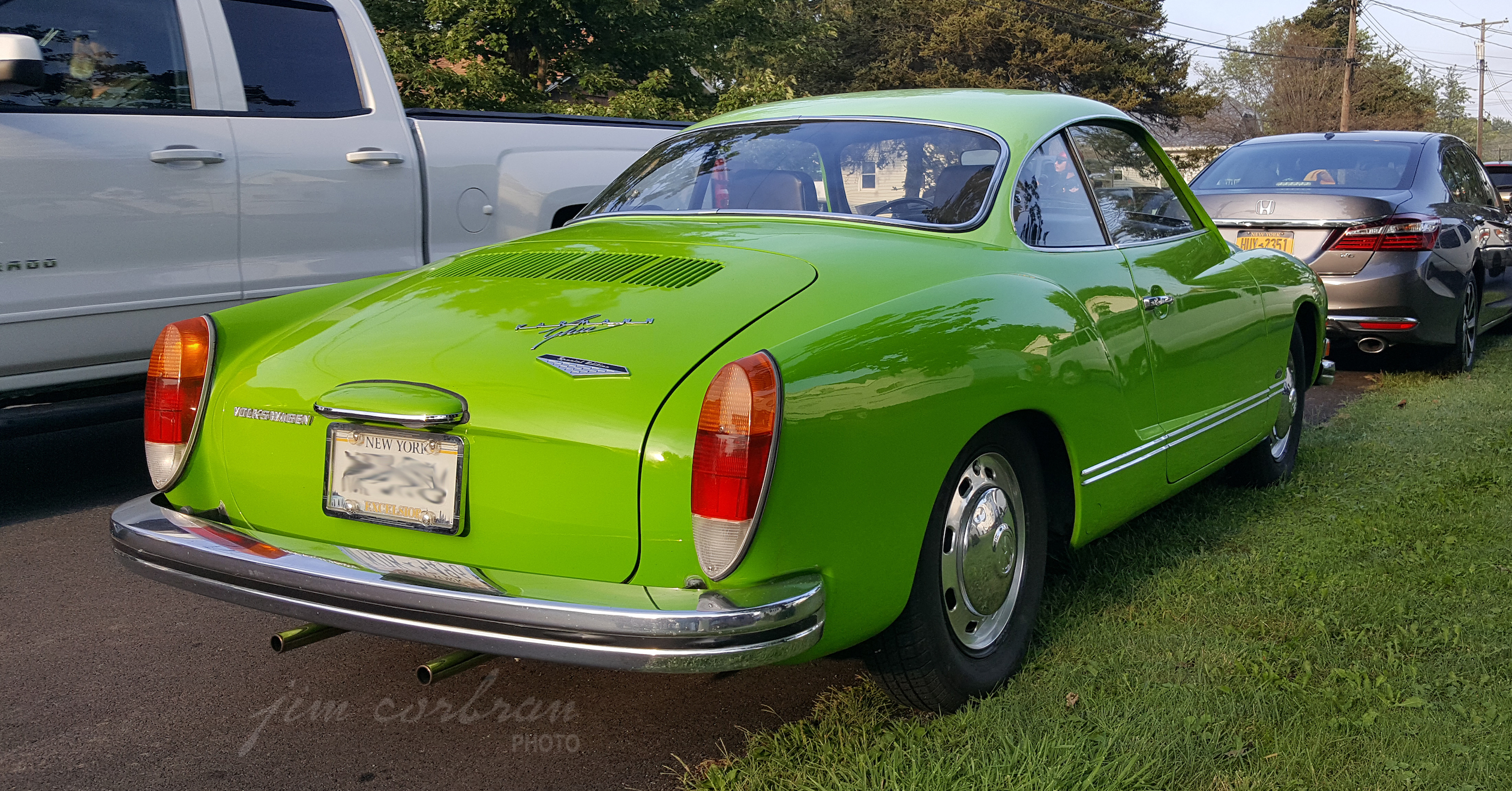 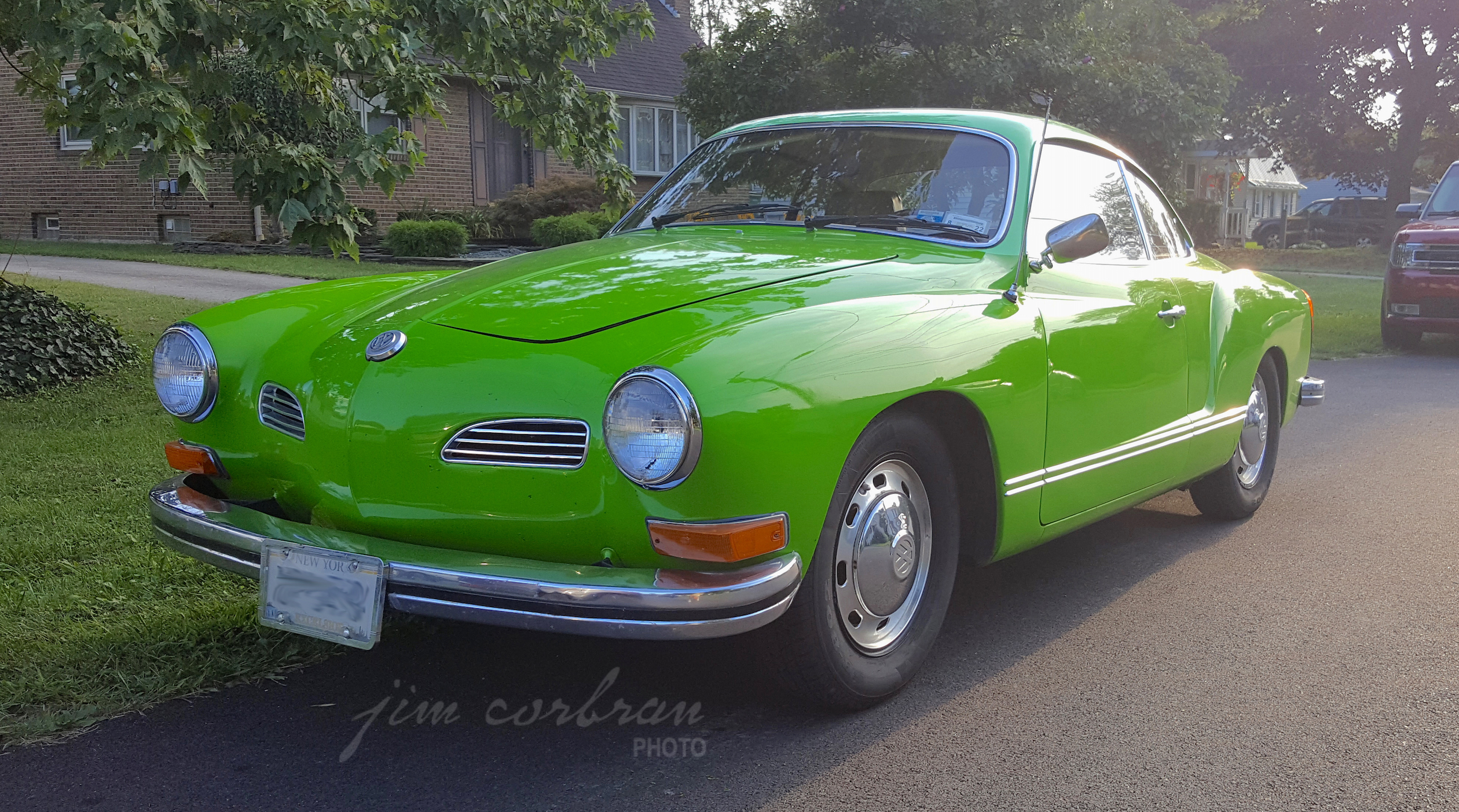 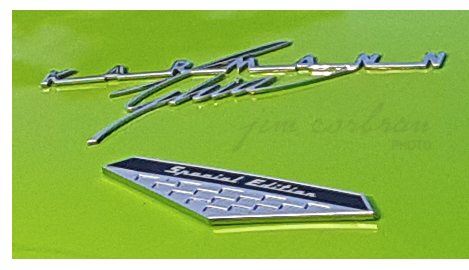 The trunk badge on this Willow Green 1972 Volkswagen Karmann-Ghia proclaims it as a Special Edition. We couldn’t find any reference to a K-G Special Edition on the internet, although there certainly have been cars which VW has sold over the years which fell into that category – they just weren’t badged as such (that we could find); Wolfsburg Edition comes readily to mind. It’s subtle, but if you look closely you’ll see that this car’s sporting a two-tone paint job. Snooping around on the internet (again), we find that Willow Green was a 1971-72 color, while the color on the roof, which may or may not be Revenna Green, was a 1972-73 K-G color. I don’t believe a two-tone option was available for 1972, so this is probably an after-the-fact change. We saw it parked on a side street during the recent Vintage Iron Car & Bike Show at the Scranton Fire Hall in Hamburg. Too bad the car wasn’t entered in the show; we would have loved to speak with the owners.