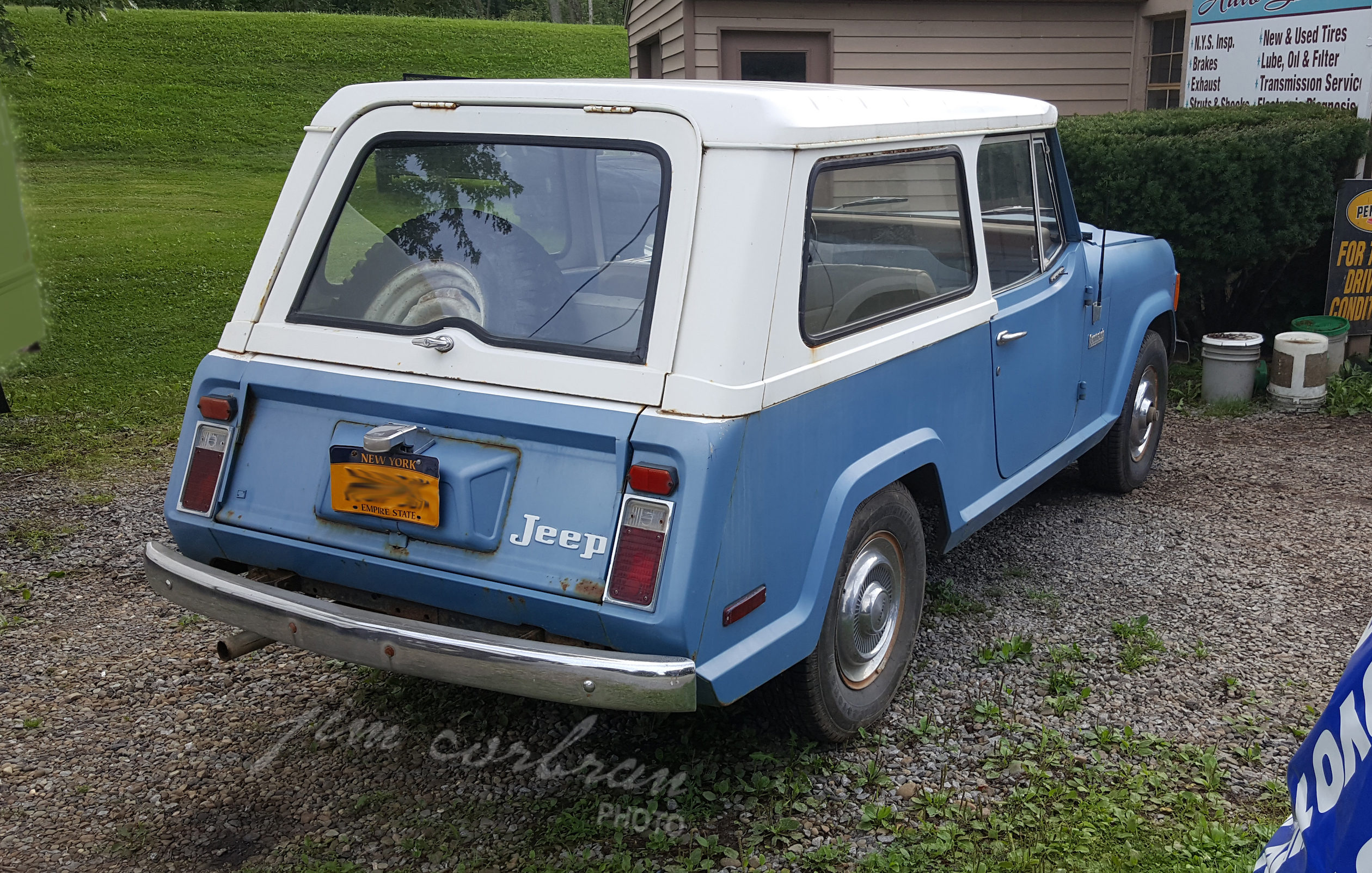 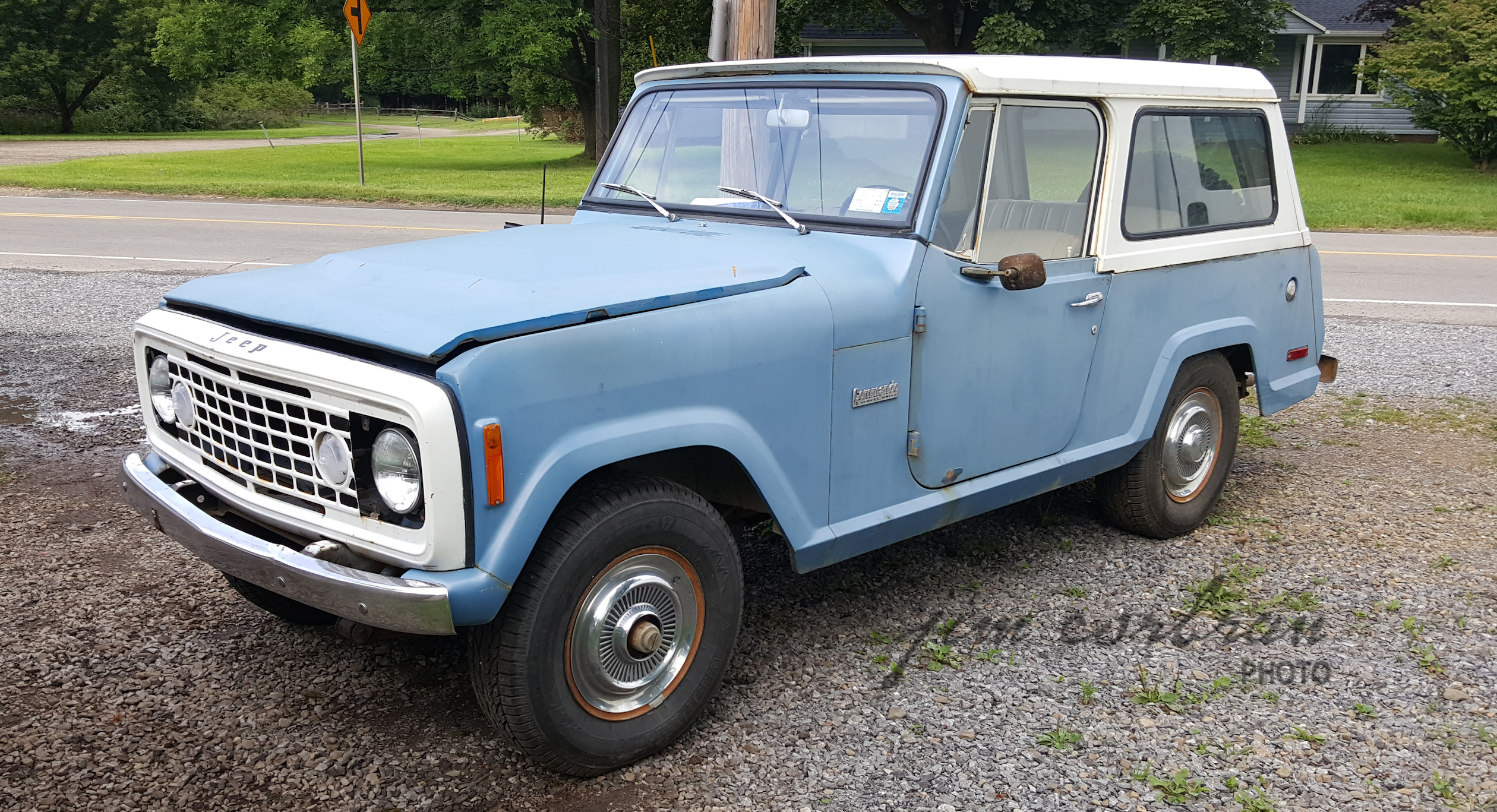 You certainly see plenty of vintage Wrangler-types and CJs on the road, but how often do you come across a 1973 Jeep Commando (besides almost never)? We found this one a few weeks ago sitting in a parking lot in Portville. The Commando was an all-wheel drive model offered in pickup, roadster, and like today’s RealRide, wagon styles. Somewhat like Doctor Who’s Tardis, Jeep advertised the Commando as being “Narrow on the outside… yet there’s plenty of room on the inside for both kids and cargo.” Two straight sixes and a V8 were the engine choices, all from parent American Motors. Also available at extra cost (among other things) were a swing-out rear tire carrier, a cigar lighter, and for the roadster — a fabric safari top. The Commando was available from 1966-1973. It was pretty much replaced in the Jeep lineup by the Cherokee in 1974.