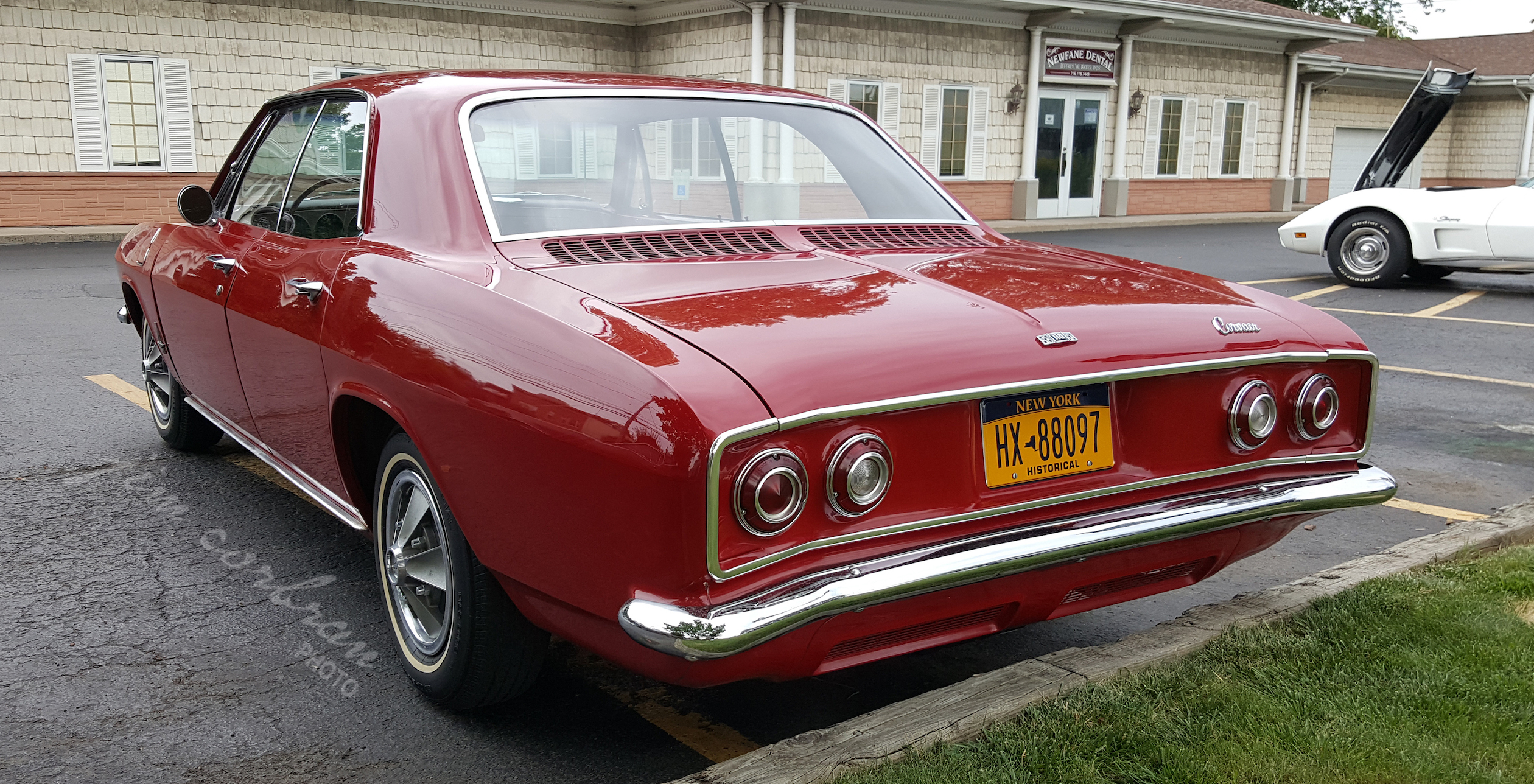 Presenting (IMO) one of the nicest looking cars to come out of Detroit in the 1960s: a 1965 Chevrolet Corvair Monza four-door hardtop. It was, as I recollect, the only four-door hardtop American compact on the market — and most likely the only four-door hardtop compact, period! Chevy told us that this new second-generation Corvair “…puts teeth in the term all-new!” This one’s owned by Gasport’s Gary Swiatowy, who knows a thing or two about Corvairs. It sports a set of what Chevrolet described as “Magnesium wheel covers that are difficult to distinguish from the real magnesium wheels.” That description is from the 1966 Corvair Custom Feature Accessories brochure. I couldn’t find any reference to them in any of the 1965 literature, although I know when I was a kid a neighbor had a ’65 Impala which came from the dealership with a set like this. Perhaps it was a late-1965 addition to the option list. We’ve come across Mr. Swiatowy and his red ’65 more than once over the years; these photos are from the recently held Harvest Fest Car Show in Newfane.