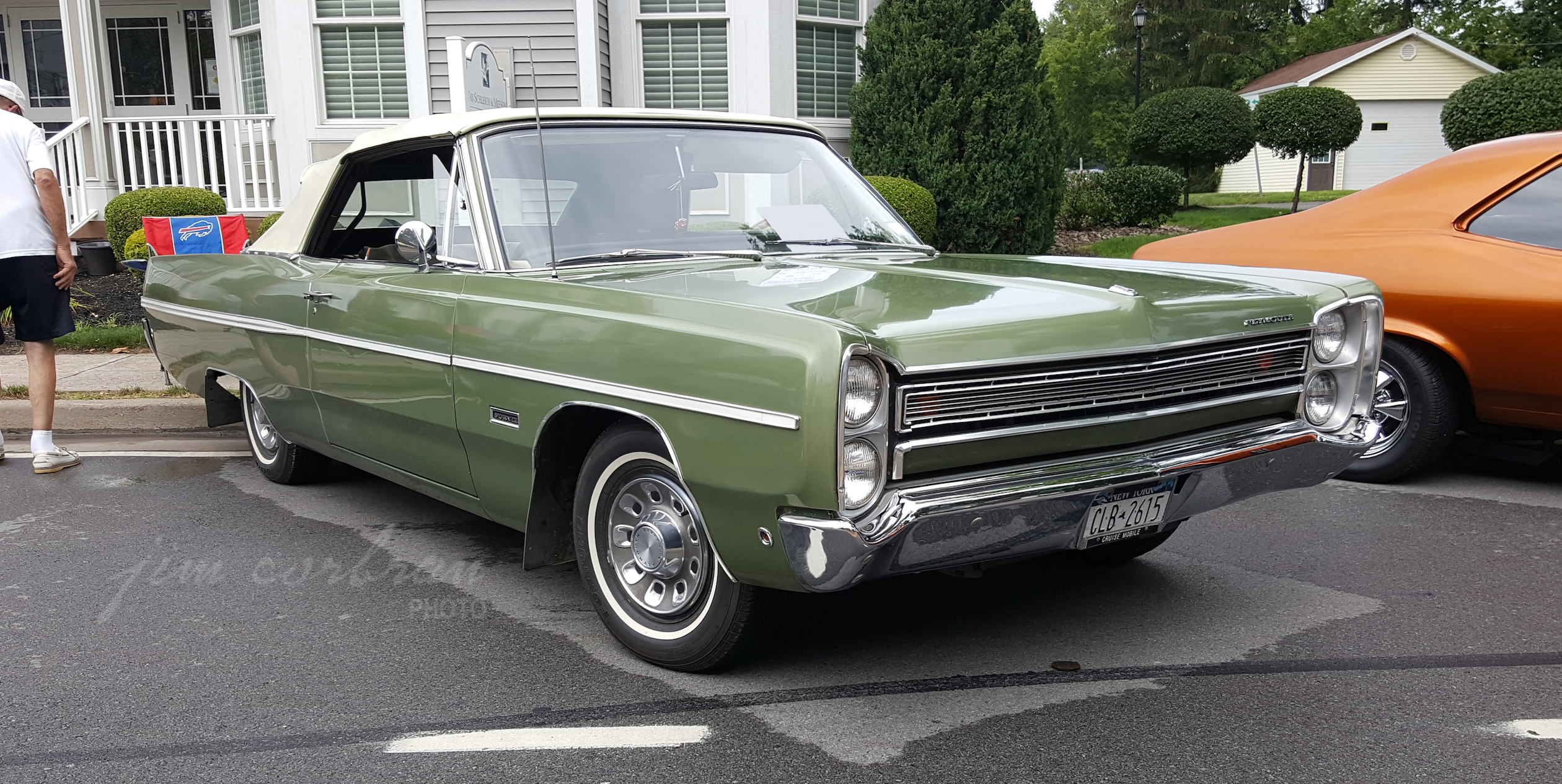 Saw this 1968 Plymouth Fury III at last month’s Classic Wheels on Main Street event in Hilton. It’s still wearing the very popular Avocado Green paint color which was really in back during a summer that historically perhaps, a lot of Americans would rather forget about. The cars though, were great IMO. And all of Chrysler Corporation’s cars that year (except the Chrysler & Imperial) complied with the new side marker light regulations with the small circular fender lights you see on today’s RealRide — red in the back, and amber in the front. It was a simple solution, and probably much more cost-effective than designing different lamps for each line of cars like most other manufacturers did.