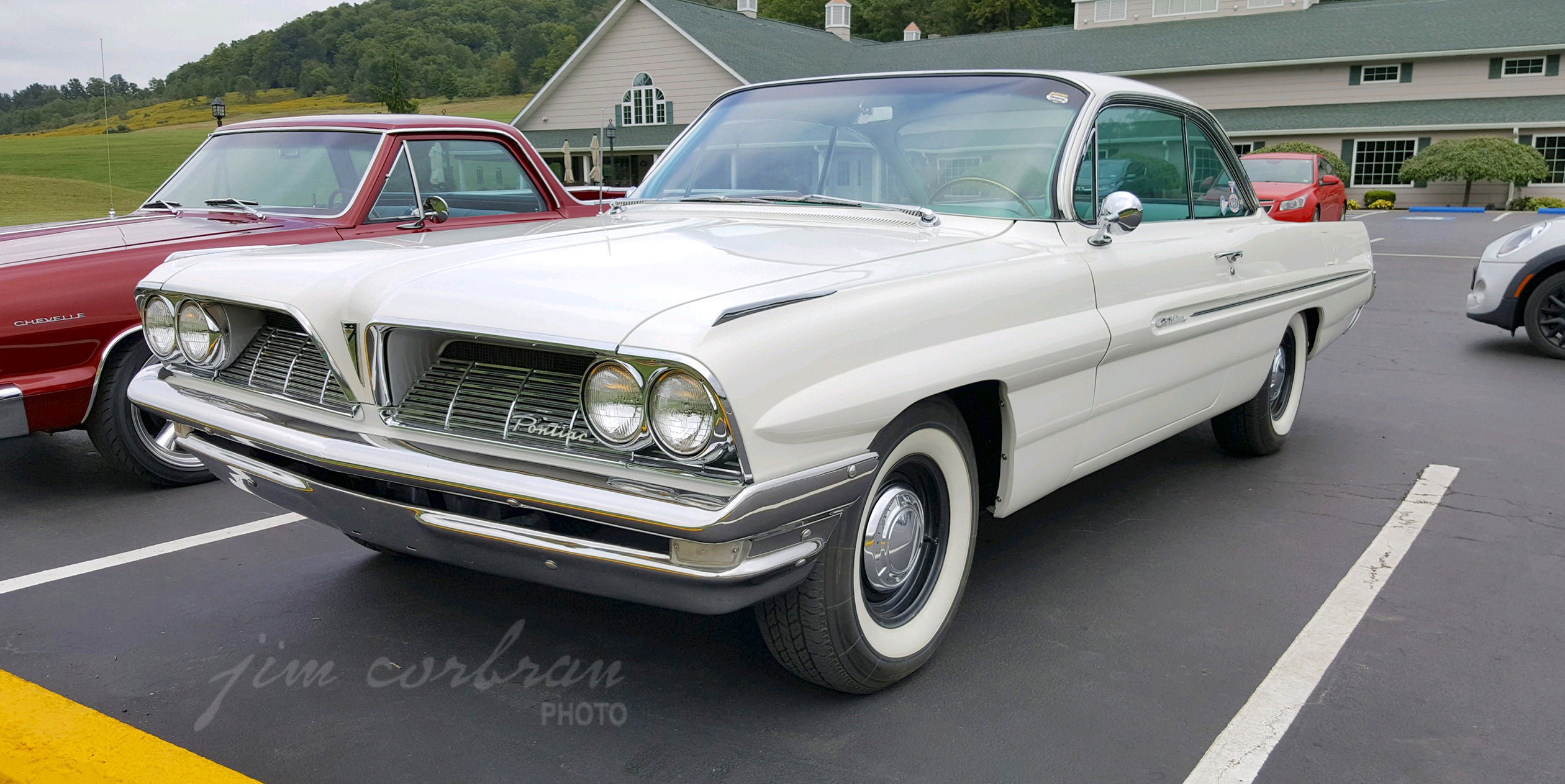 This 1961 Pontiac Catalina sports coupe features a two-door hardtop roofline which was making its final appearance at Pontiac (it would hang around for one more year on the ’62 Chevy Bel Air sports coupe). Pontiac’s ’62 models would all have a more formal-looking roofline which featured a faux convertible-top crease just ahead of the rear window. The interior of the Catalina sports coupe for ’61 featured  “… strikingly striped pattern cloth with Morrokide in five three-tone color combinations.” One other two-door Catalina was still offered for 1961 — the flat-topped Sports Sedan (bottom of page). We found today’s RealRide a few weeks ago while having a late lunch in Portville.