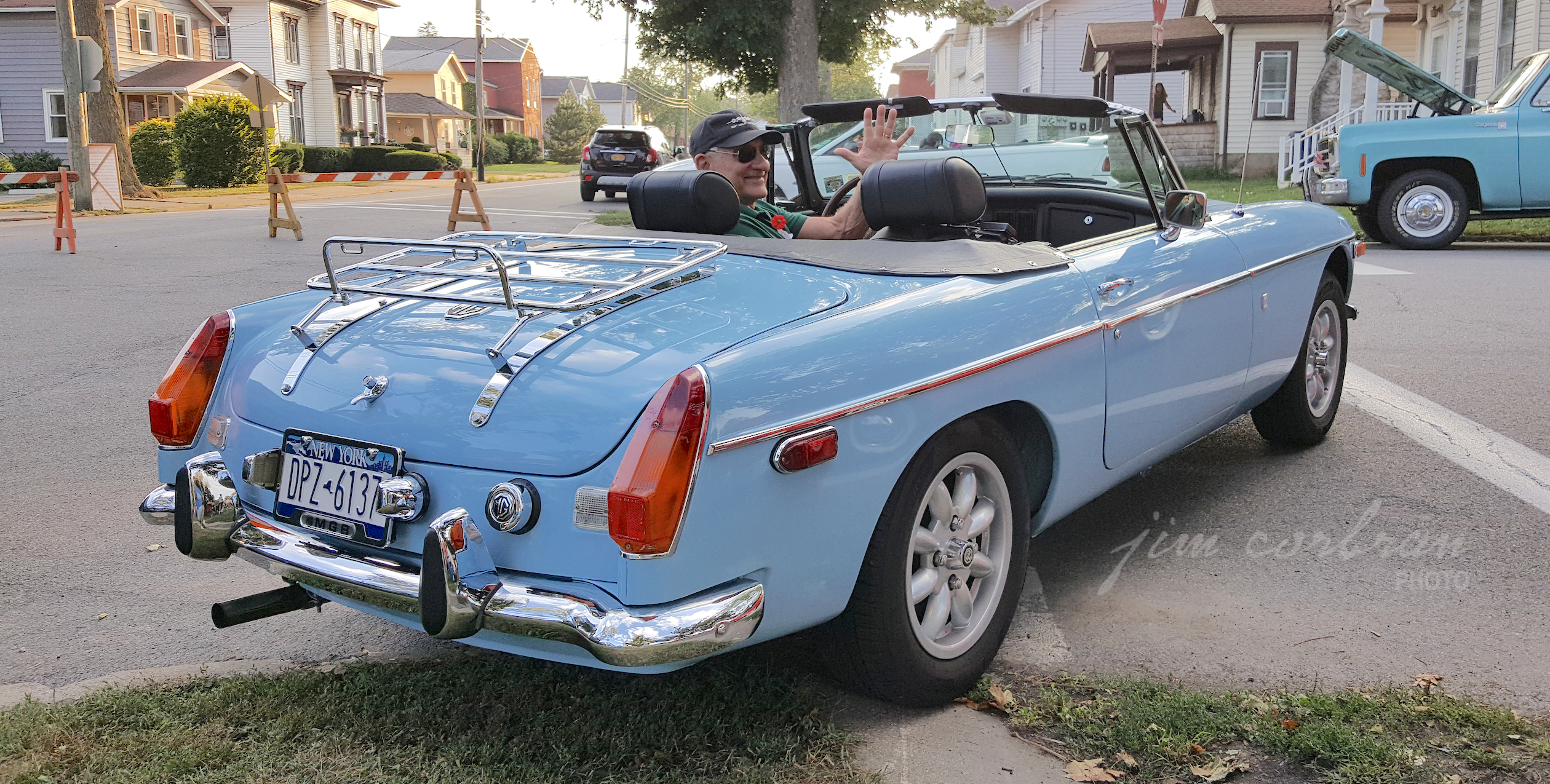 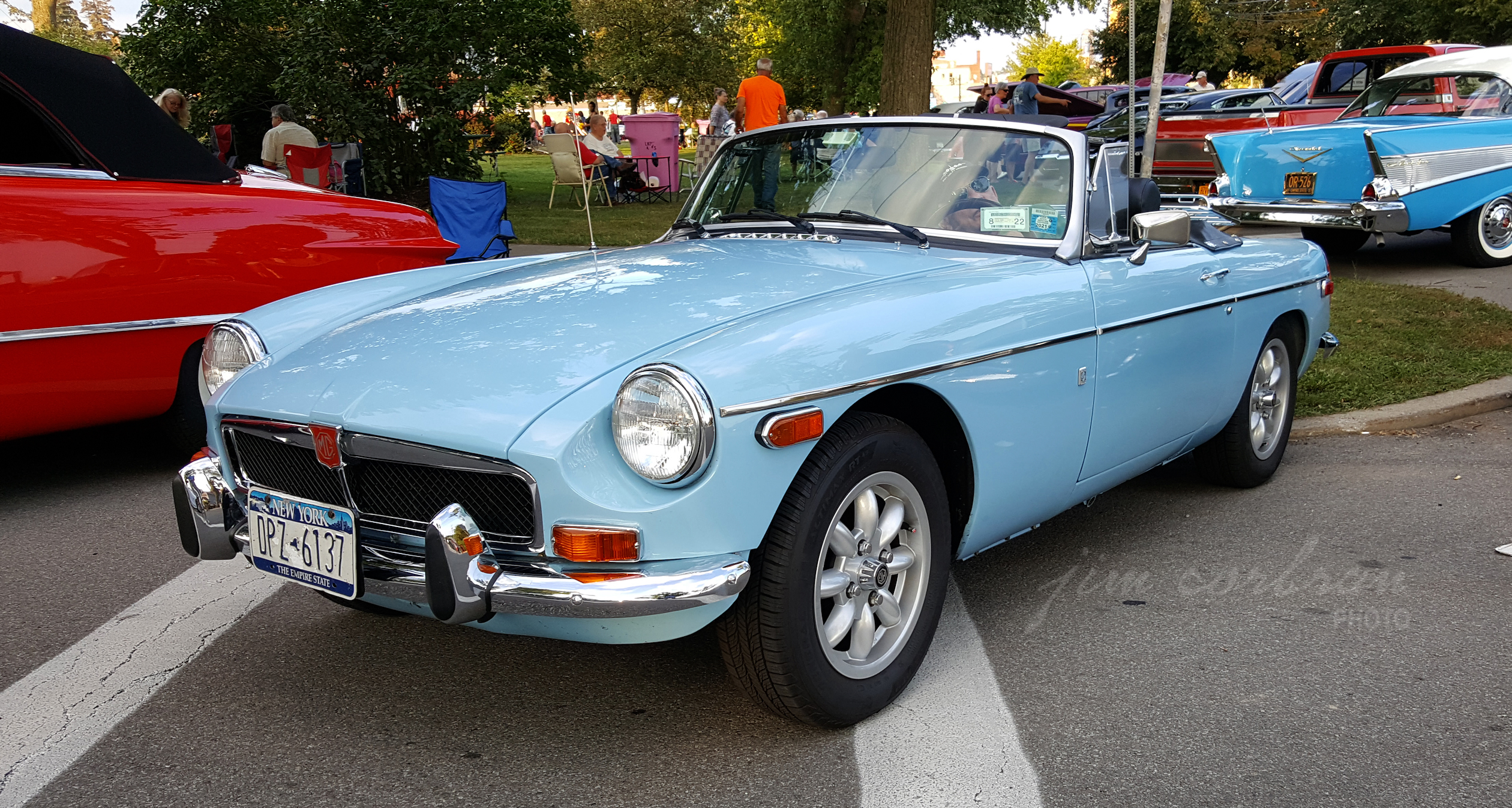 Came across Scott from Youngstown and his 1974 MGB twice in three days last month. These photos were taken as he was just about to leave a weekly cruise night at Ida Fritz Park in Lockport. You might be looking at his car and saying “That doesn’t look like a 1974,” but that’s because some time ago he removed the big black overriders which made the car compliant with the 5-mph bumper mandates (like the ones on the red example below). This was the last model year in which this could be easily be accomplished, as MY 1975 saw the addition of the contraption shown on the orange roadster at the bottom of the page. Ugh. Scott’s blue MGB underwent a complete restoration a while back which saw the addition of this non-1974 MG paint color, Iris Blue, which was available back in the 1960s. 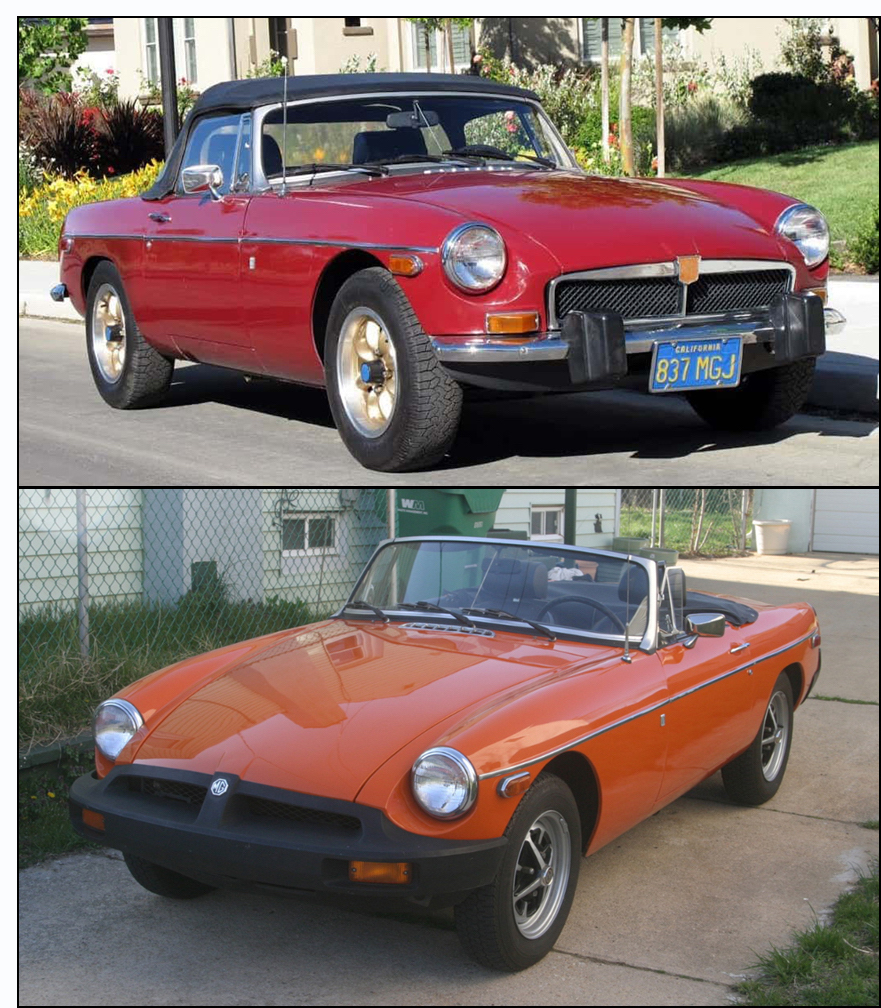