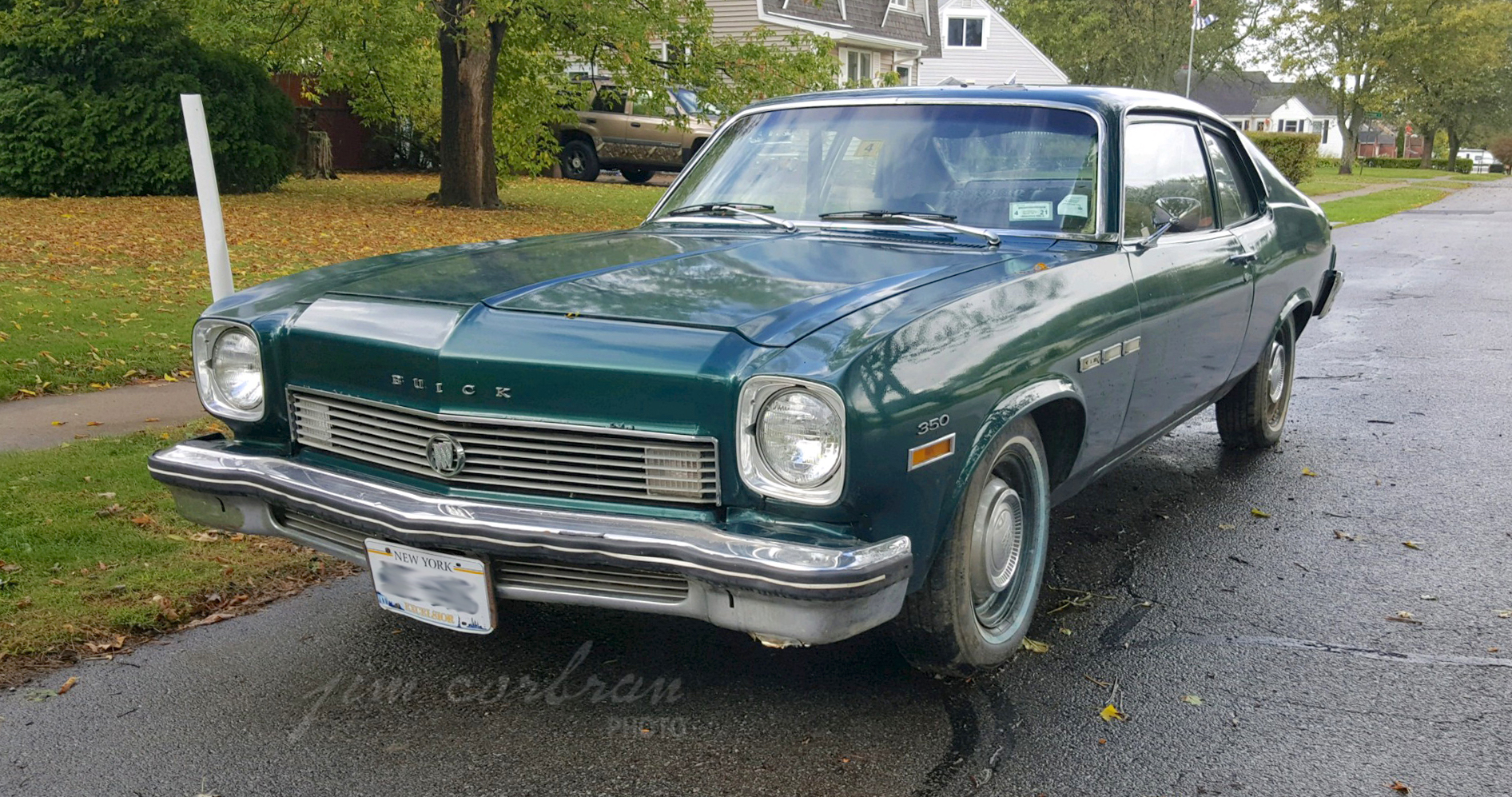 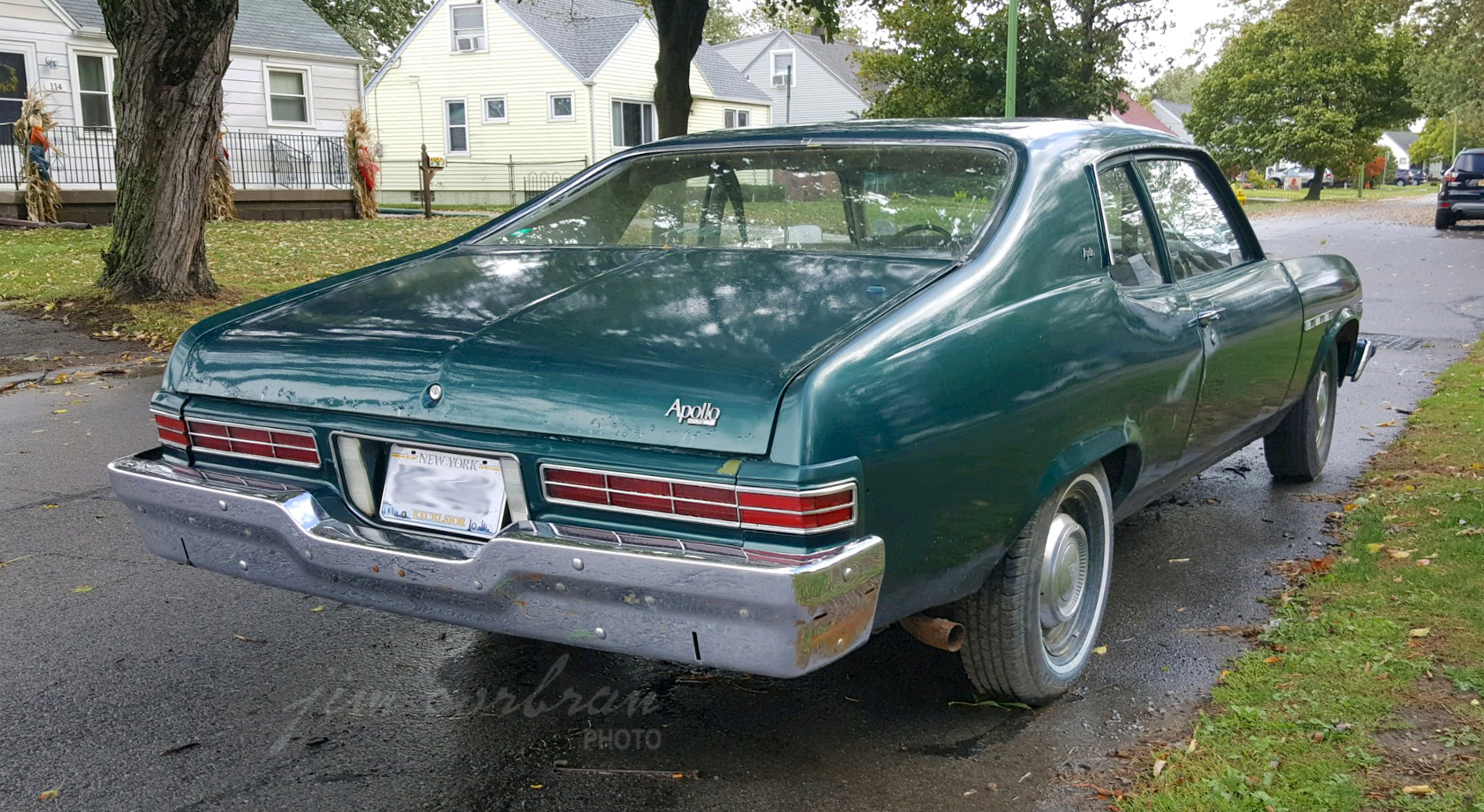 Today we bring you another entry in the “You NEVER see these anymore!” category — a 1973 Buick Apollo, spotted on a Cheektowaga side street a few weeks ago. The Apollo of course was not much more than a Chevy Nova in disguise. Buick even alluded to the fact in one of their ads: “Let’s face it. Apollo’s basic body configuration is something you’ve seen before.”  They went on to explain why it was worth the higher Buick price — the usual Buick prestige and blah, blah, blah before closing with “And there’s abundant acoustical insulation.” Well, at least that’s actually something tangible.