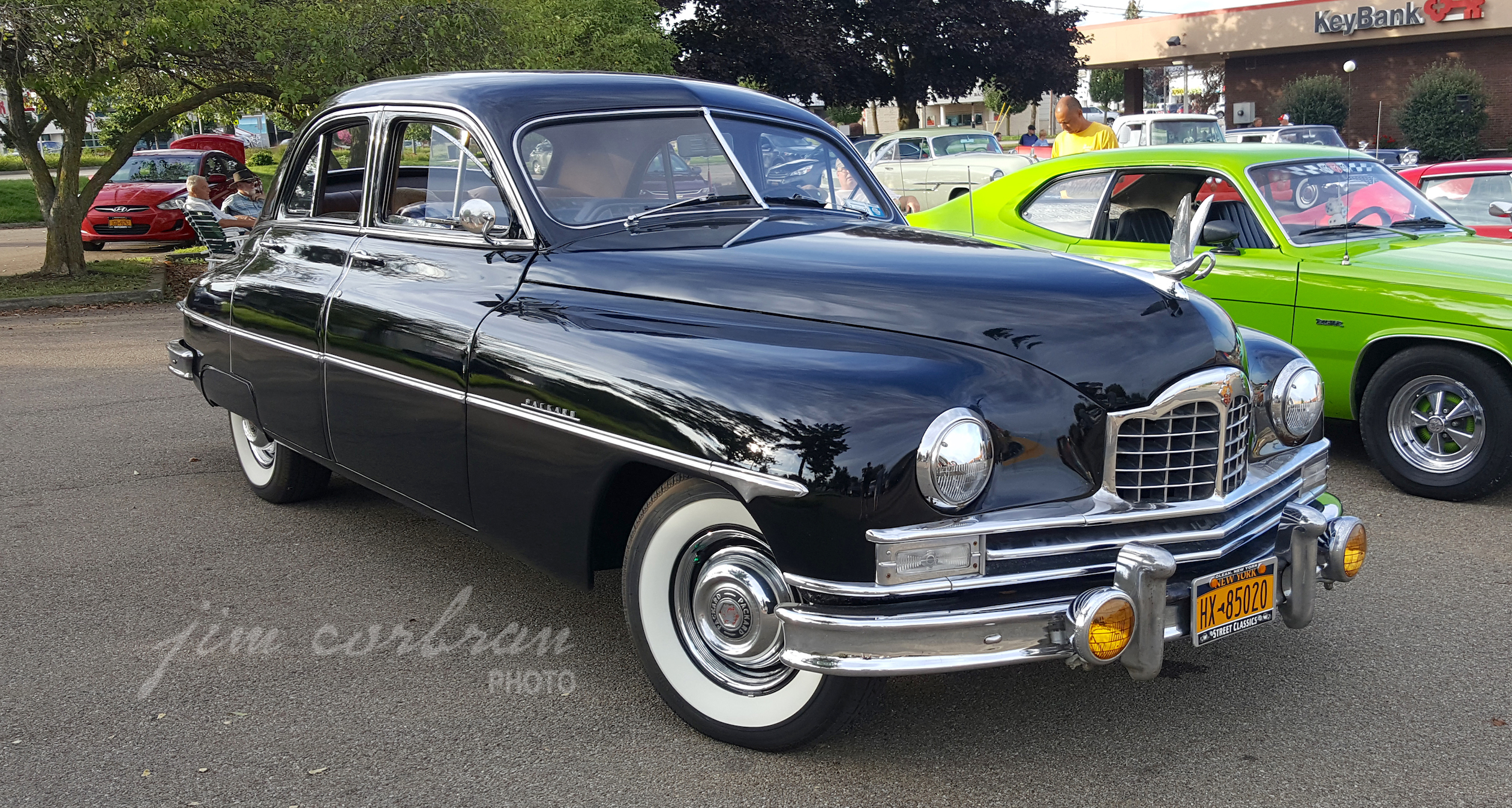 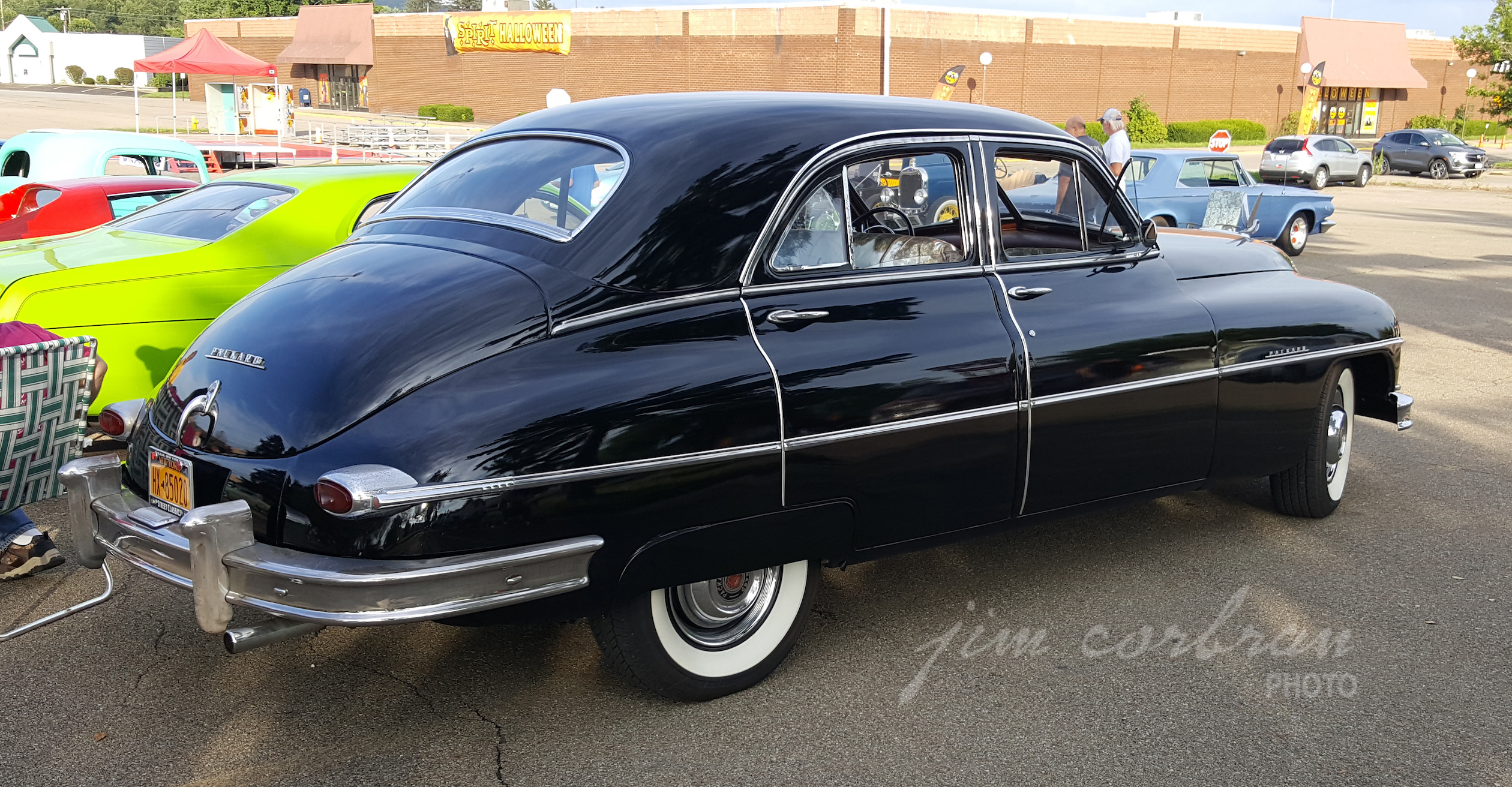 This 1950 Packard Super DeLuxe Touring Sedan is from the last year of their post-war body style, a heavily redesigned version (both figuratively and literally) of the 1941-47 cars, which debuted for MY 1948. By this time it seems that Packard may have seen the writing on the wall for their future viability as a luxury car manufacturer, as many of their magazine ads seemed to tout the car’s new Ultramtic Drive automatic transmission — "No clutch-pushing... No jerking... No slippage at cruising speeds..." — and its economy of operation. “How many miles between ‘F’ and ‘E’ in your car?” read one ad; another curiously stated that “Packard’s enduringly distinctive ‘style’ life is a perfect match for its long ‘mechanical’ life.” (this particular style lasted all of three years). We saw this beautifully kept RealRide a few weeks ago at a weekly cruise night sponsored by the Street Classics Car Club in Olean.