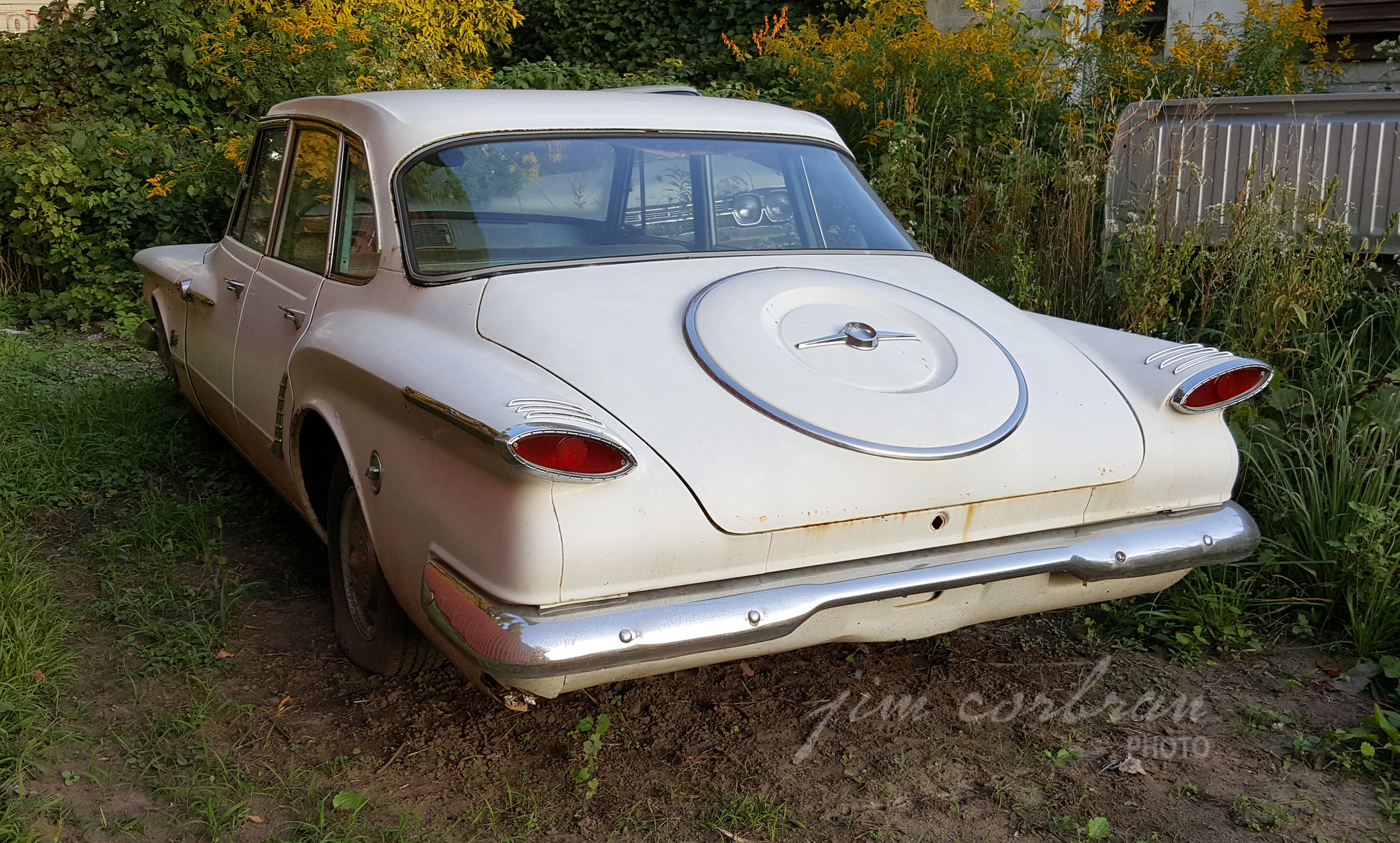 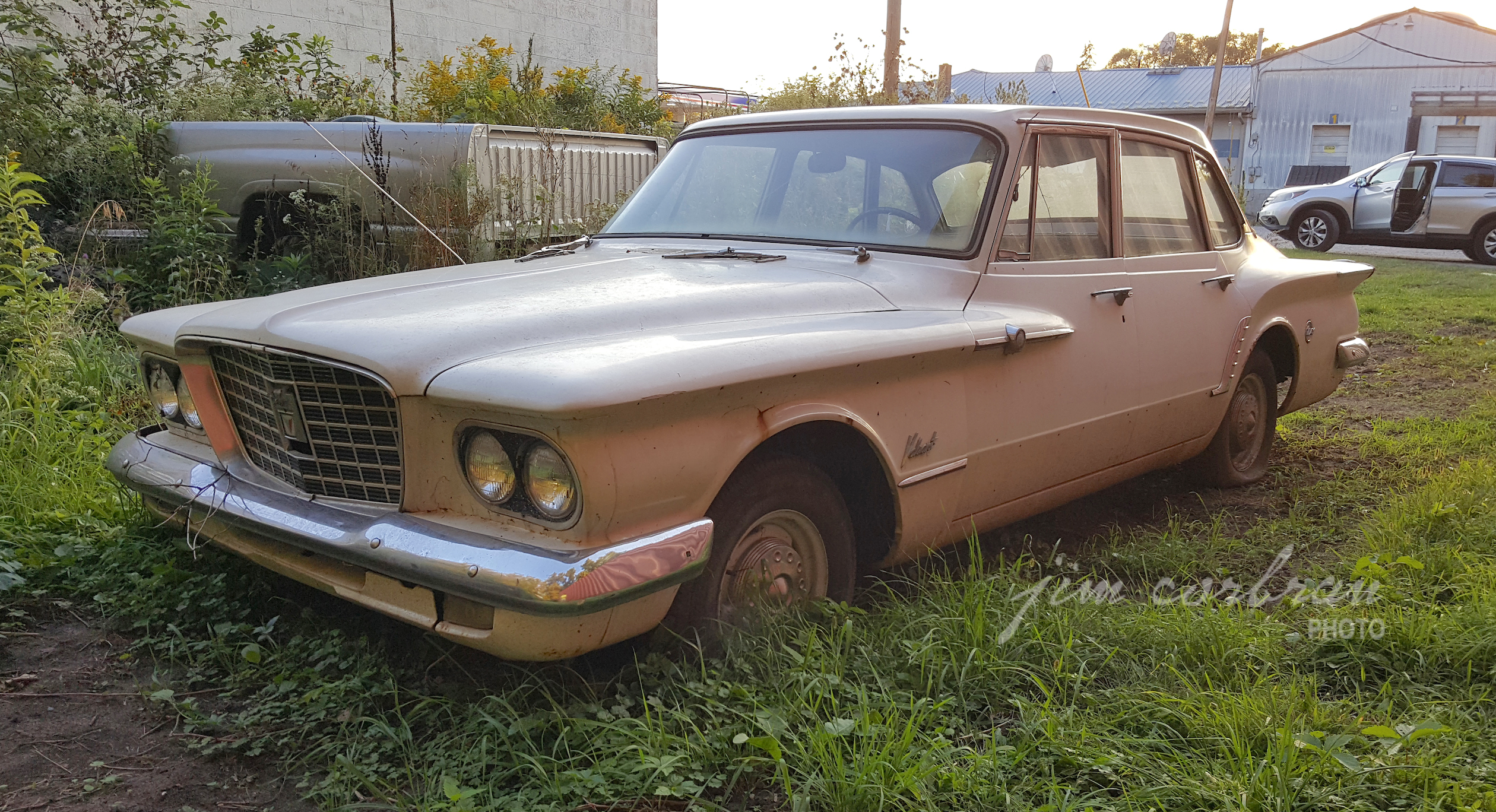 This 1961 Plymouth Valiant 200 is from the car’s sophomore year, but the first in which it was badged as a Plymouth (although the ’61 brochure still seems reluctant to call it a Plymouth, instead referring to it as “Chrysler Corporation’s low-priced compact car for 1961.” Sorry, Dodge Lancer!). When introduced for model year 1960, it was simply the Valiant, sold at Chrysler-Plymouth dealers, as well as at Dodge-DeSoto/Chrysler-Dodge dealerships in Canada. (The similar Dodge Lancer was still a year away in 1960.) Originally available only as a four-door sedan, a station wagon body style came along partway through the 1960 model year. Two-door sedans and a two-door hardtop were added for 1961. We saw this one a few weeks ago while driving through Batavia.