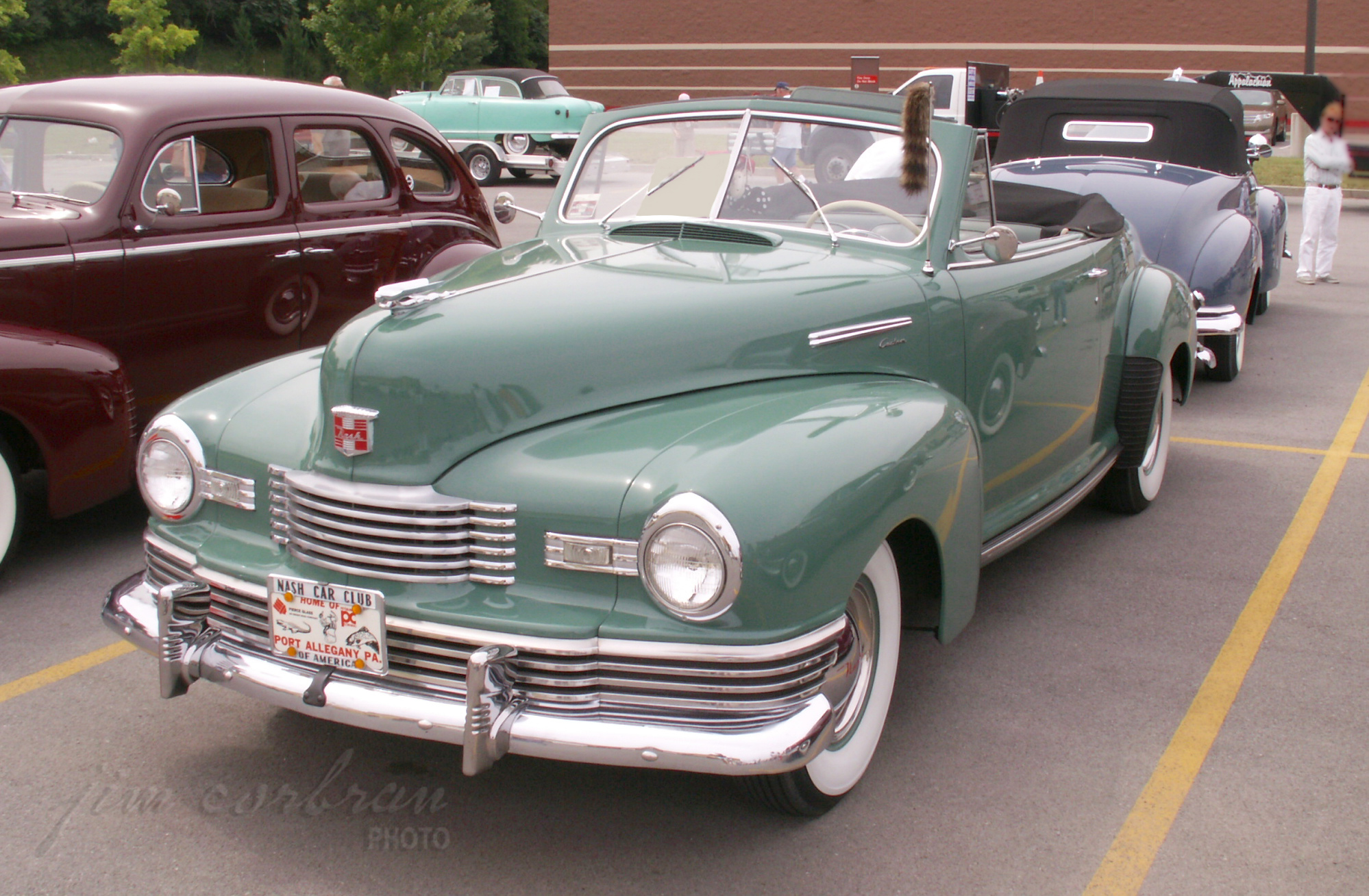 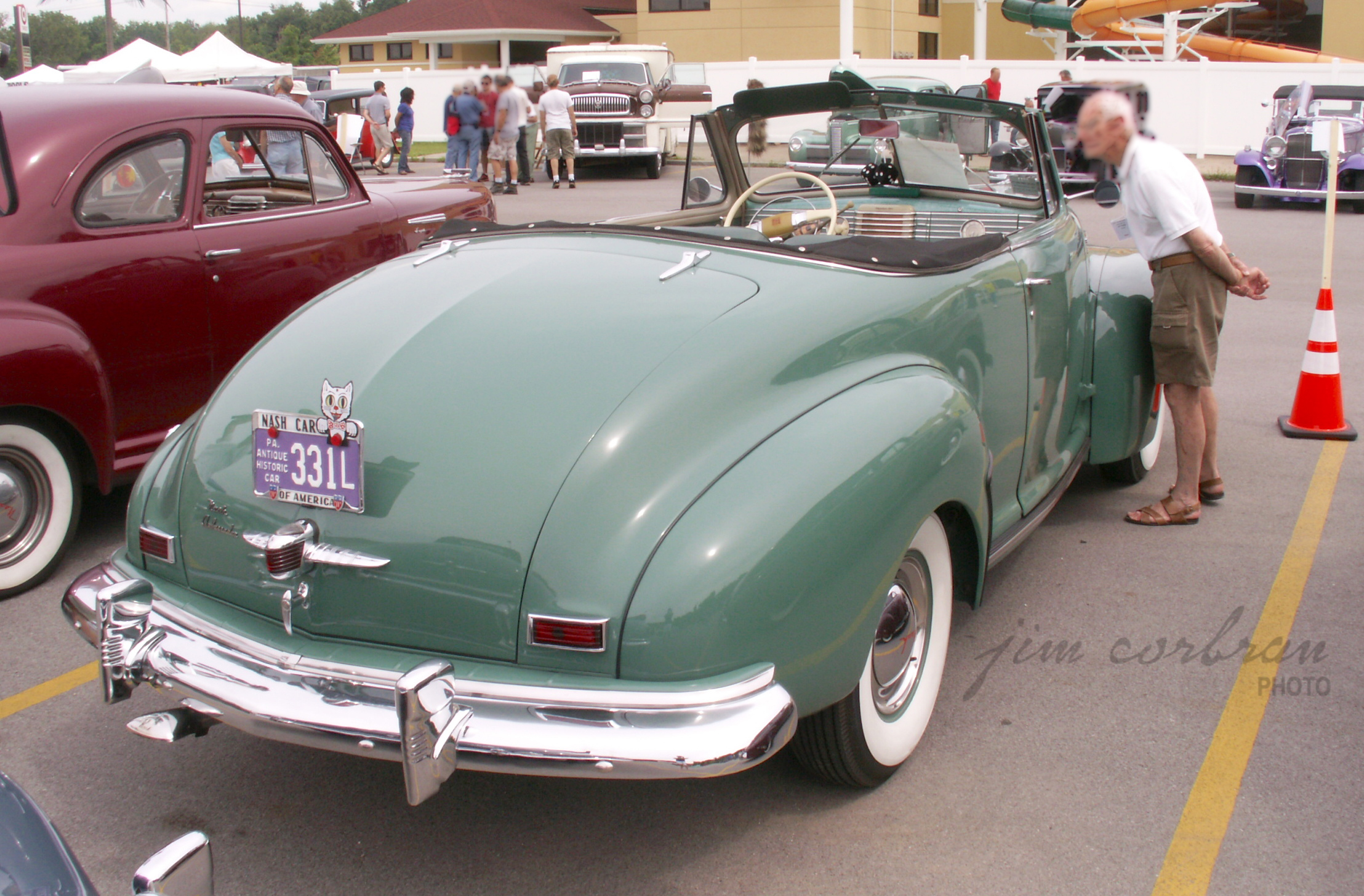 This 1948 Nash Ambassador Custom convertible is one of only 1,000 which were produced. A few years back another example was sold on auction at Sotheby’s (who had estimated that only 60 of them still survived at that point) for $115,500 — quite the price considering the MSRP back in 1948 was $2,345. This was both the first Nash drop top since the 1941 Ambassador convertible coupe, as well as the last full-size Nash convertible ever. It was dropped for MY 1949, and in 1950 Nash introduced the smaller Rambler with an electrically controlled sliding fabric top. We saw today’s RealRide back in 2013 at the Grand Nashionals in Batavia.