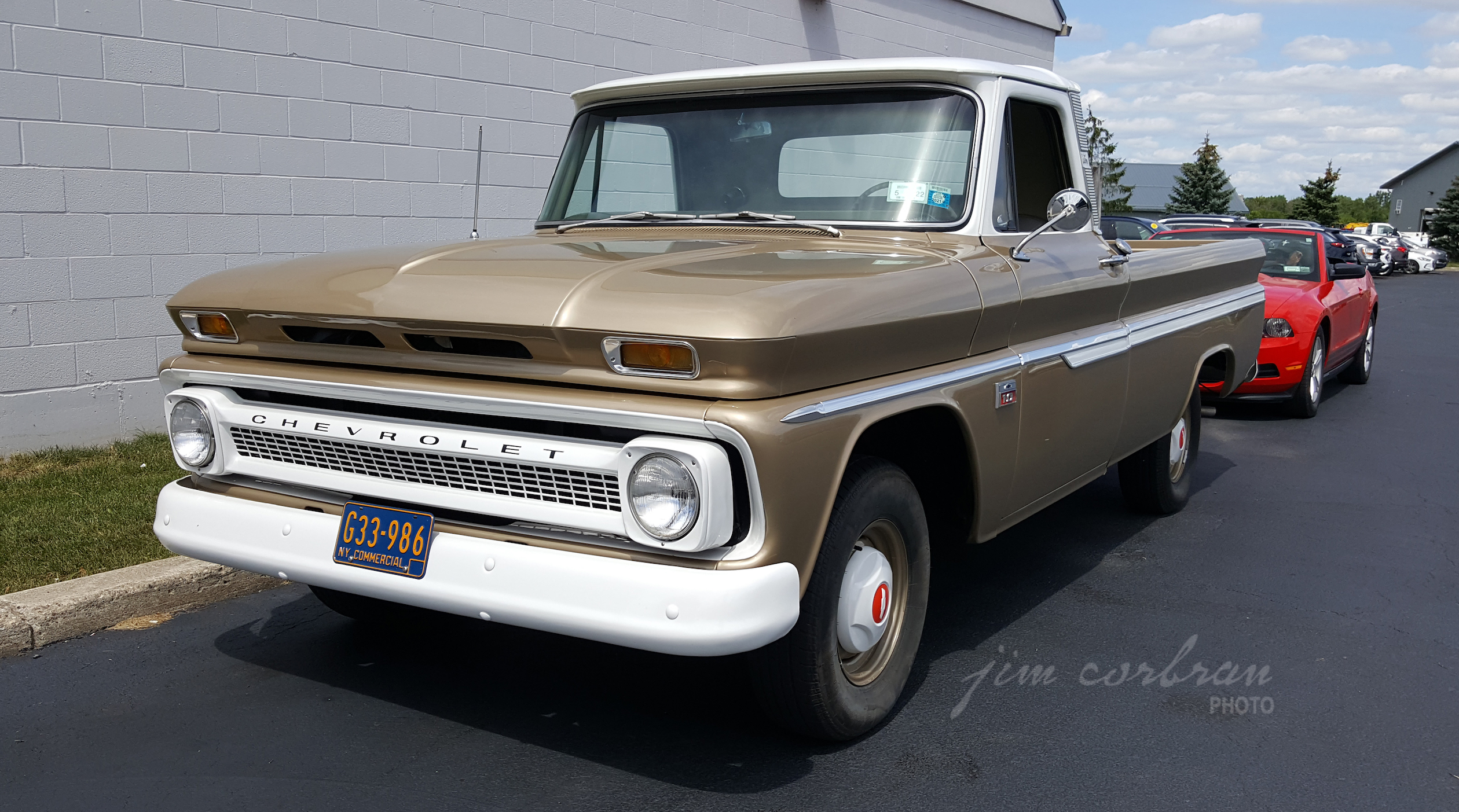 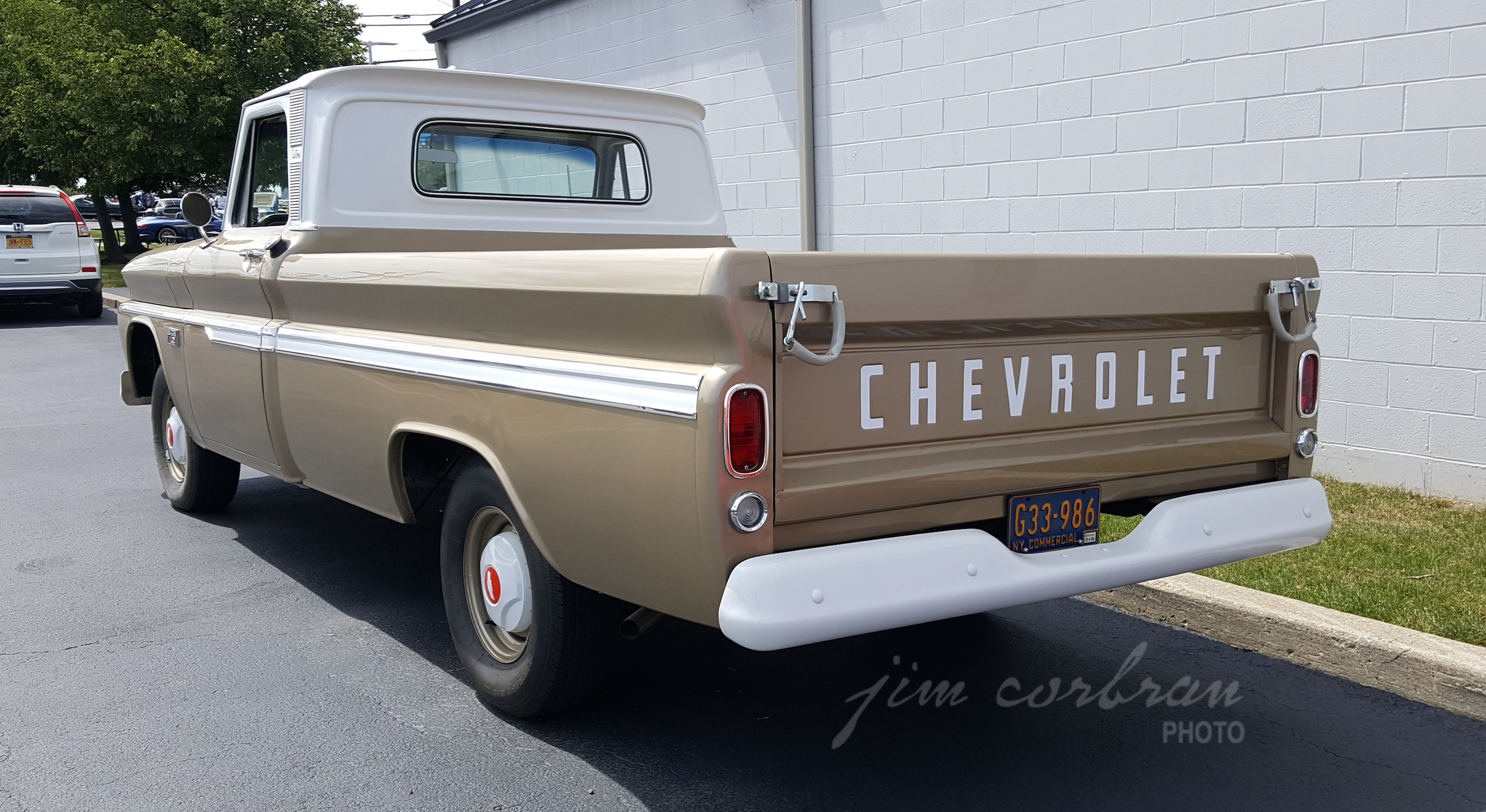 Yes, it was an All-Ford show in Hamburg sponsored by the Western New York Shelby and Mustang Club, the Mustang Club of America, and West-Herr Ford, but that didn’t mean the owner of this 1966 Chevrolet C10 Fleetside couldn’t show up (and park across the street of course, Lol) to check out the competition. This was the final year for this body style, which was introduced for model year 1962 and shared with the GMCs of that era. This one, in a Saddle/White two-tone, is spiffed-up a bit with the Custom option, which added the chrome side trim seen here, among other things.