Years ago there was a lot in Fredonia that had half-a-dozen or so of these parked there, but when I passed through last month all I came across was this single Diamond Blue c1973 AMC Javelin — I’m not sure it was the same place, but it’s on the same stretch of road. AMC told us “It’s nice to know you’re driving a winner… But when we call the Javelin a winner, we’re talking about features like its fast-sloping hood, bubble fenders and functional instrument gauges that wrap around you with cockpit efficiency.” They went on to call it “a sports car for four.” With sales of fewer of 30,000 units, this would prove to be the penultimate year for AMC’s pony car. 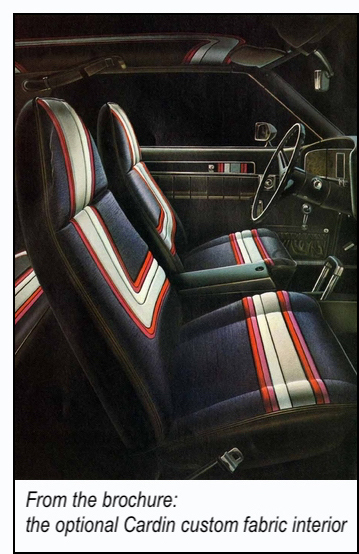