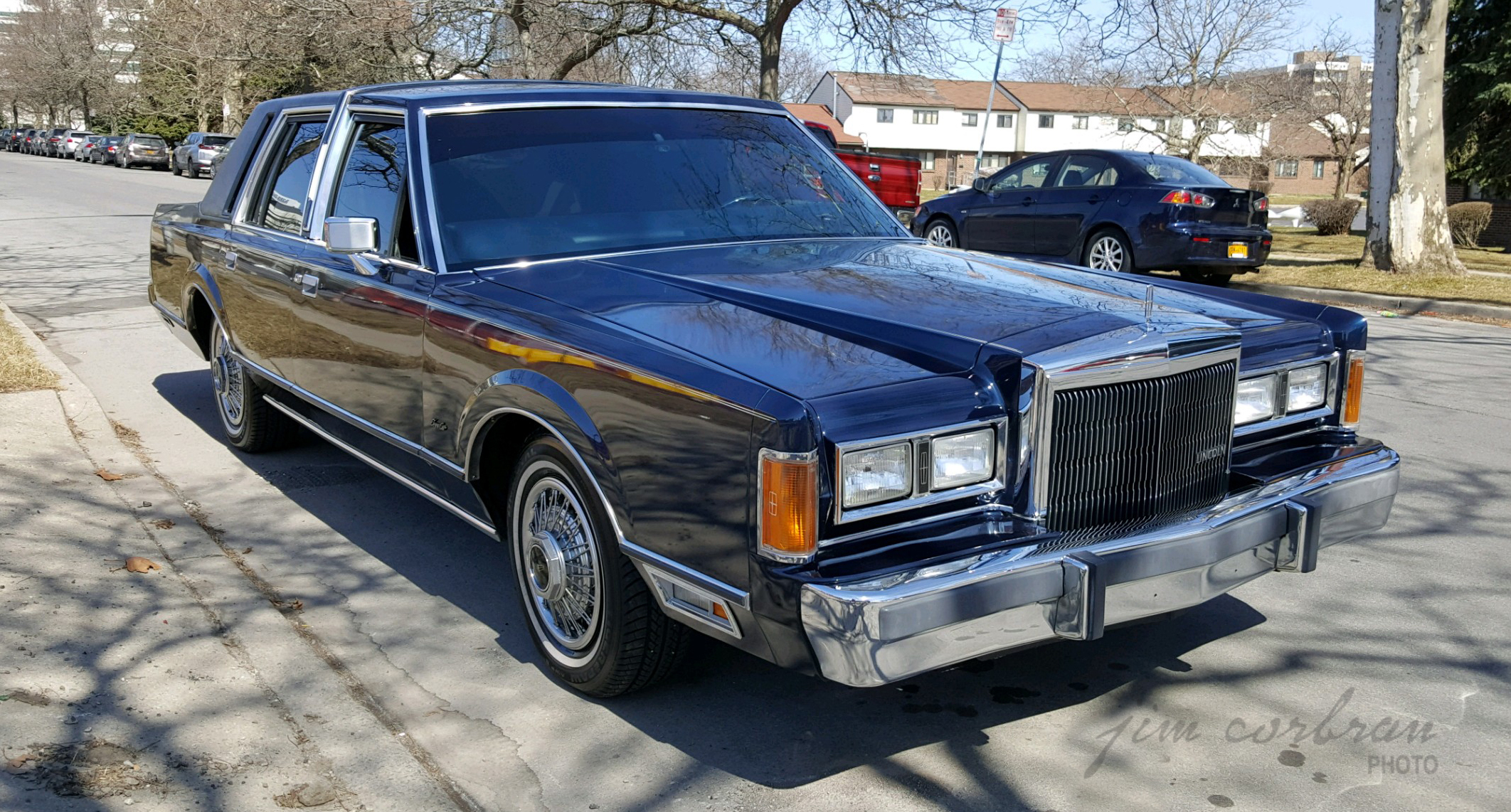 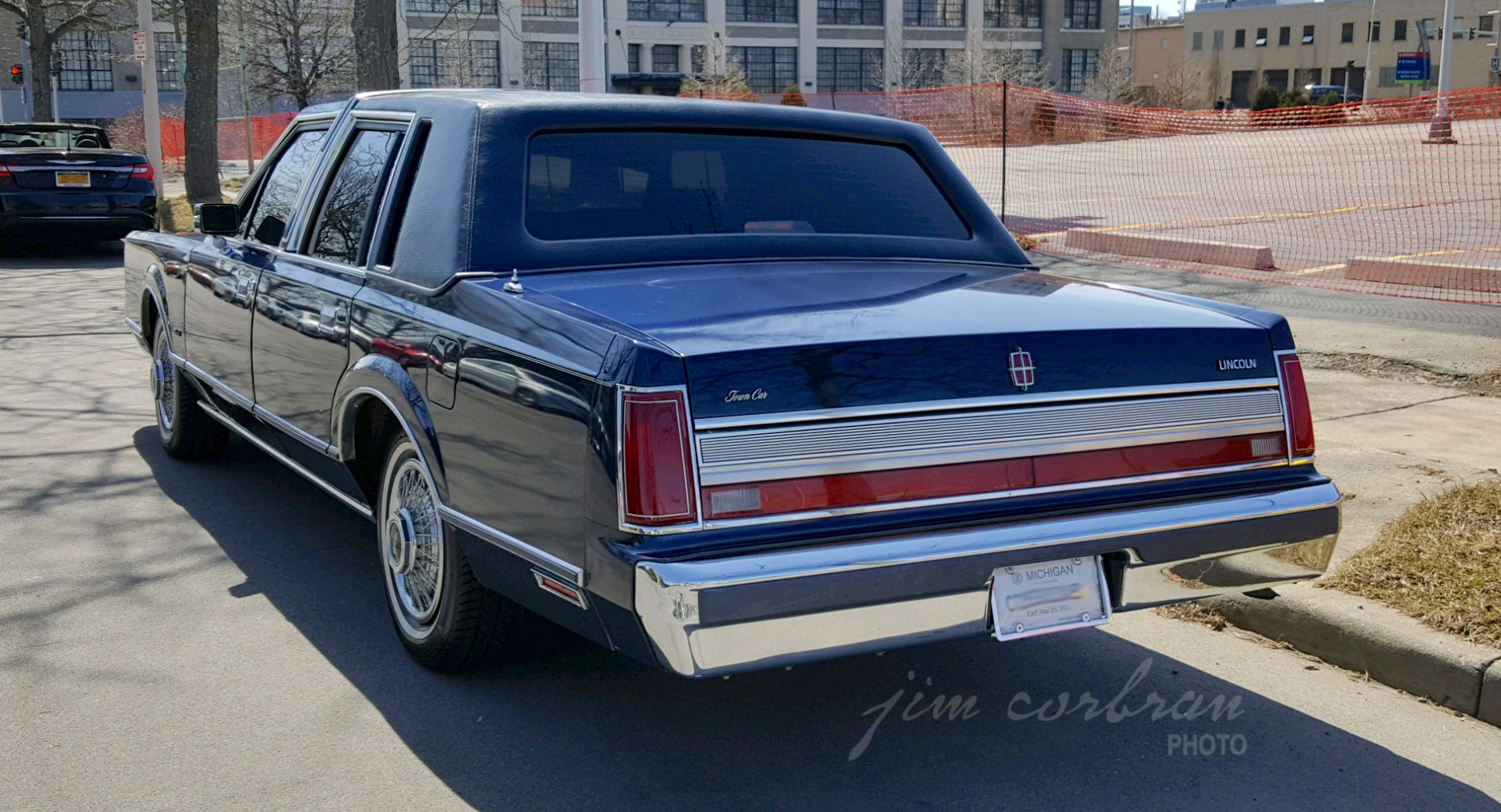 While maybe not the most pedestrian-friendly shaped car on the market, the 1988 Lincoln Town Car was certainly elegant looking in the context of the 1988 marketplace. This one, seen over the summer in Downtown Buffalo, is Twilight Blue with a matching Twilight Blue (per the brochure)  "half-vinyl coach roof." (IMO it should be called either a vinyl coach roof, or a vinyl half-roof; it’s not half-vinyl, it’s a roof that’s half-covered in vinyl. Typically a coach roof covers the rear passenger seating area but not the front, or chauffeur's, seat.) You had quite a choice of wheels/wheel covers on your 1988 Town Car, seen below, all of which came standard with white sidewall tires.