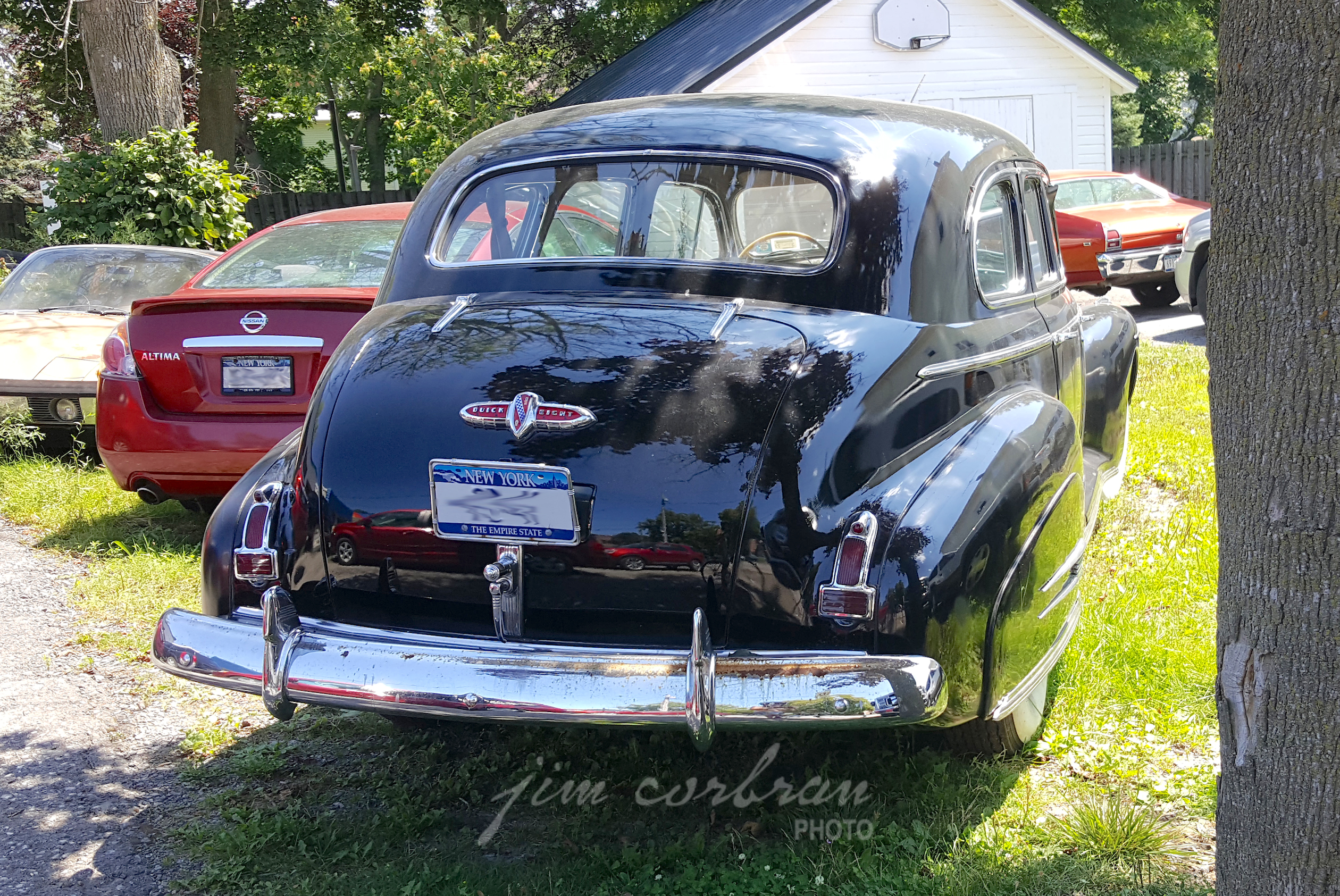 Ad copywriters called the 1941 Buick Limited “Buick’s ‘dream car.’” The four-door sedan models like this one (there were four different choices) were available in both six- and eight-passenger versions with a numerical model designation of 90, all with a wheelbase of 139 inches. The entry-level Special was listed as a 40, and moving up the ladder the Super was 50, Century 60, and Roadmaster 70. (I wonder whatever happened to 80?) Perhaps as a dig aimed at corporate cousin Cadillac, another Buick ad called the Limited a car “…at a price that represents solid investment rather than ostentatious extravagance.” We found this one parked in a Lockport driveway over the summer.