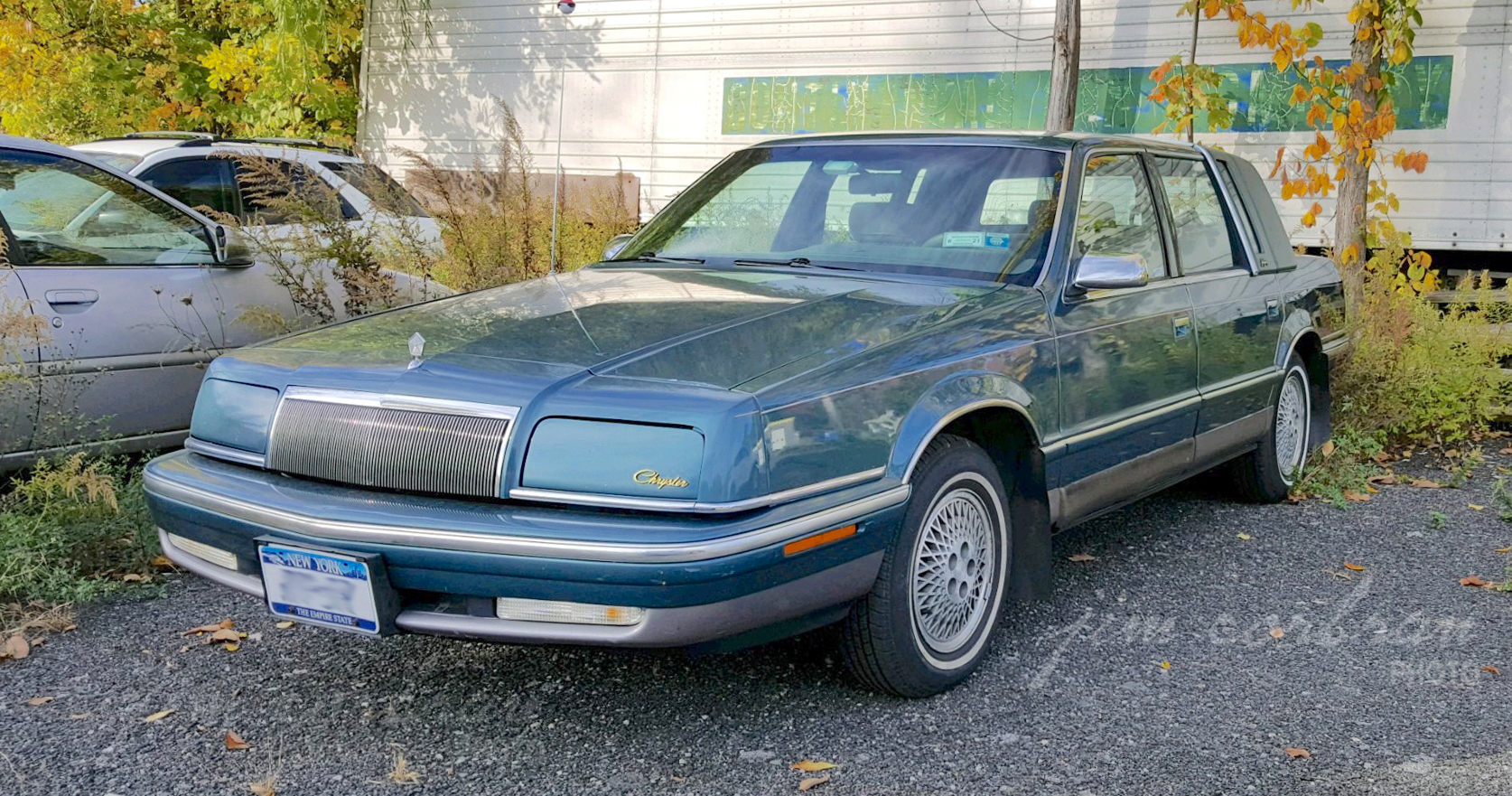 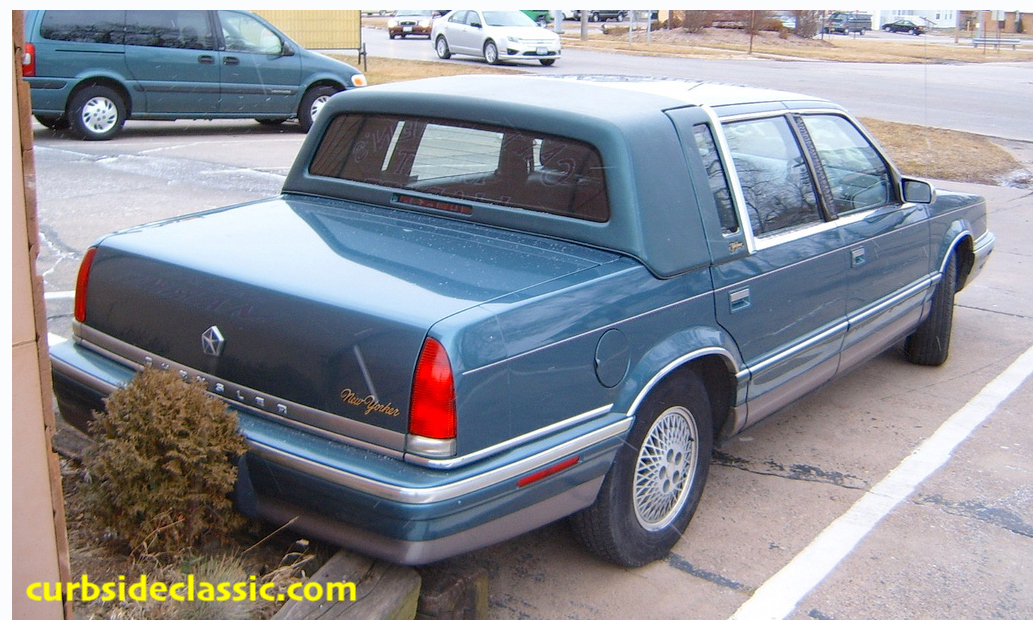 Passed this 1993 Chrysler New Yorker Fifth Avenue last month while driving through Derby. A few years back, a photographer for curbsideclassic.com spotted an identical car parked outside the Cattlemen’s Meat Market in East Moline, Illlinois. At least that car was parked far enough away from the building to get a decent shot of the back end (bottom photo). You can see an almost identical car on Wikipedia as well. The ‘93 NYer was yet another stretched variation of Chrysler’s K-car, albeit with a roomier, plusher interior and a standard V6 under the hood. If this wasn’t enough, there was an even more upscale Imperial offered. MY 1993 would be the last for these New Yorker/Imperial models, as the following year the new LH-bodied New Yorker and LHS lineups would take their place.