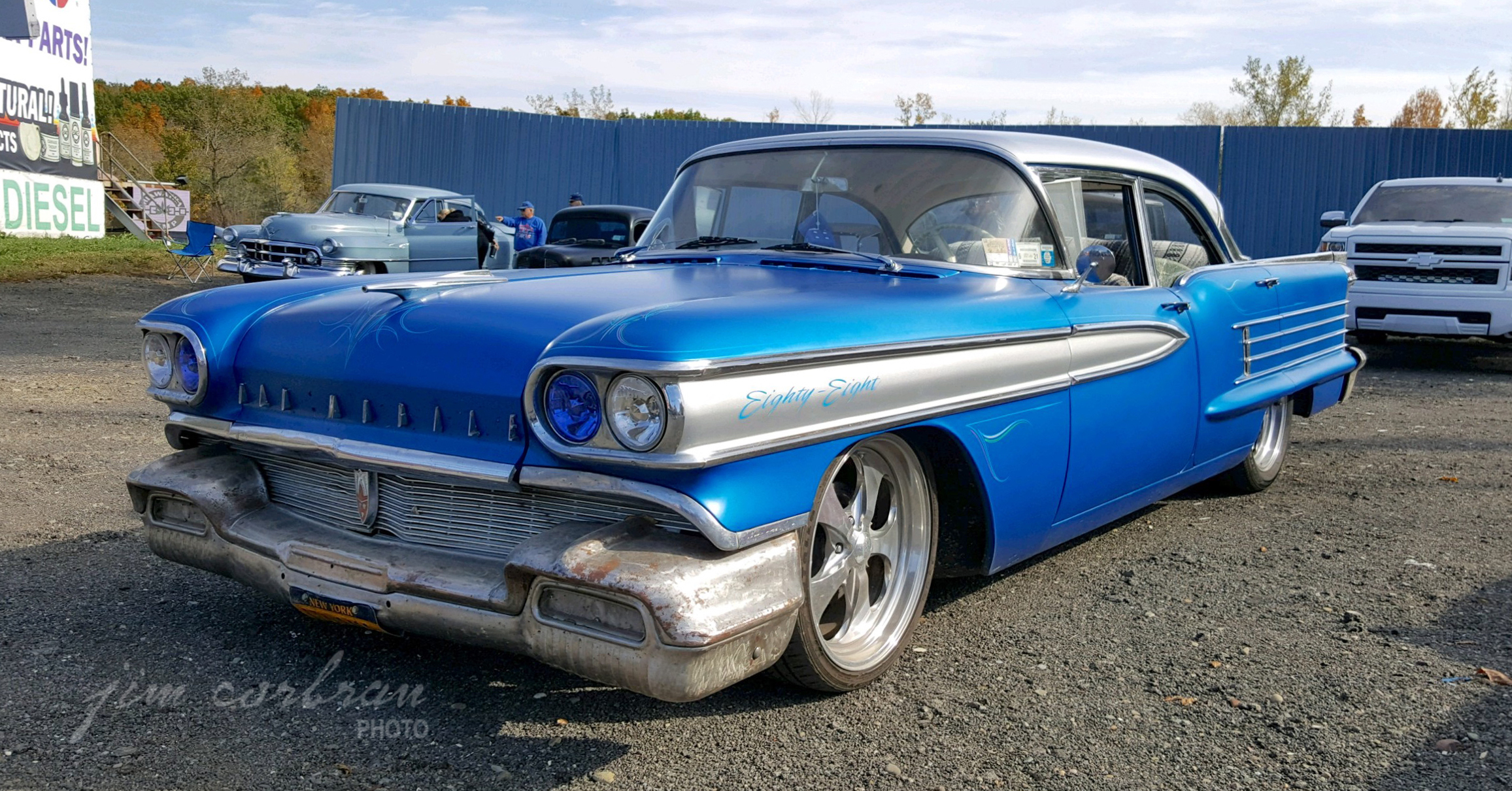 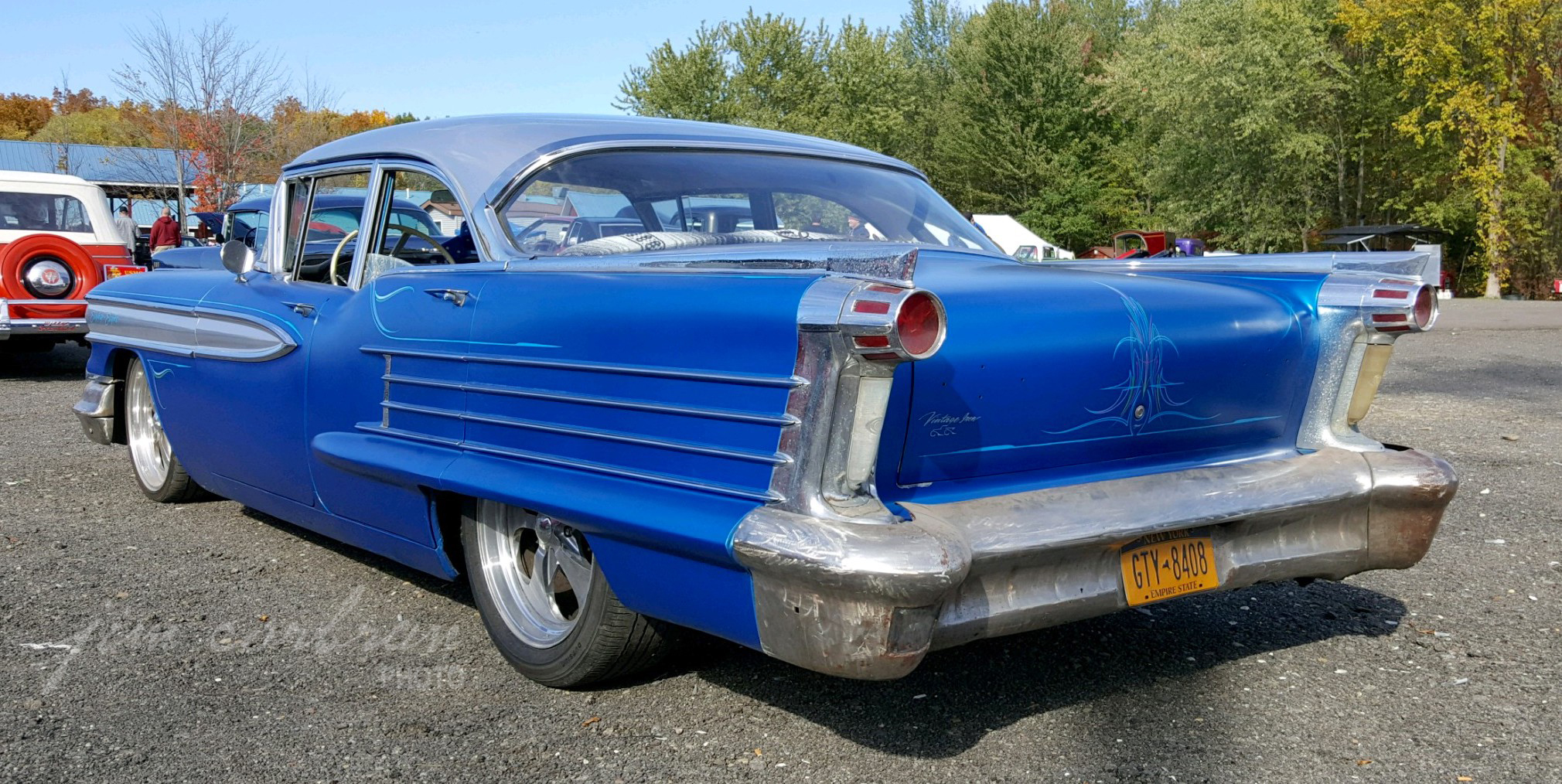 A lotta heads turned when this 1958 Oldsmobile Dynamic 88 pulled into the lot at the final cruise-in of the season at the Big Indian Smoke Shop in Irving last month. Some were probably in awe, some were probably amused, while some who’d never seen one before might have been frightened. Lol… The Dynamic 88 was Olds’ price-leader model for 1958, but as you can see that didn’t mean they skimped on the chrome trim. Besides this four-door sedan, the Dynamic 88 could also be has as a two- or four-door hardtop, convertible, hardtop or pillared four-door station wagon, and the entry level (at $2,772) two-door sedan (see photo at bottom of page). I don’t believe that any of them were offered with blue high-beam headlights, though.