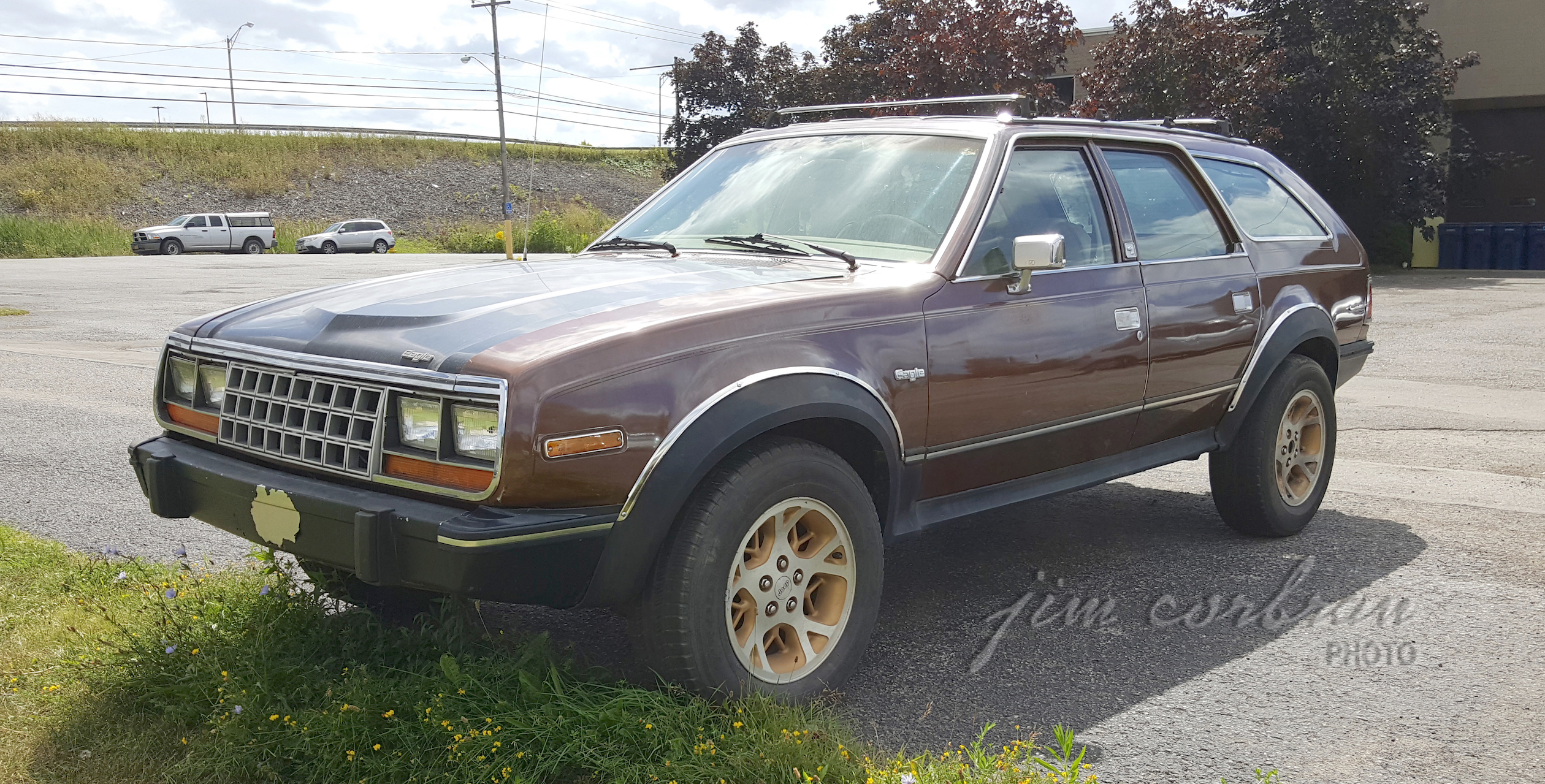 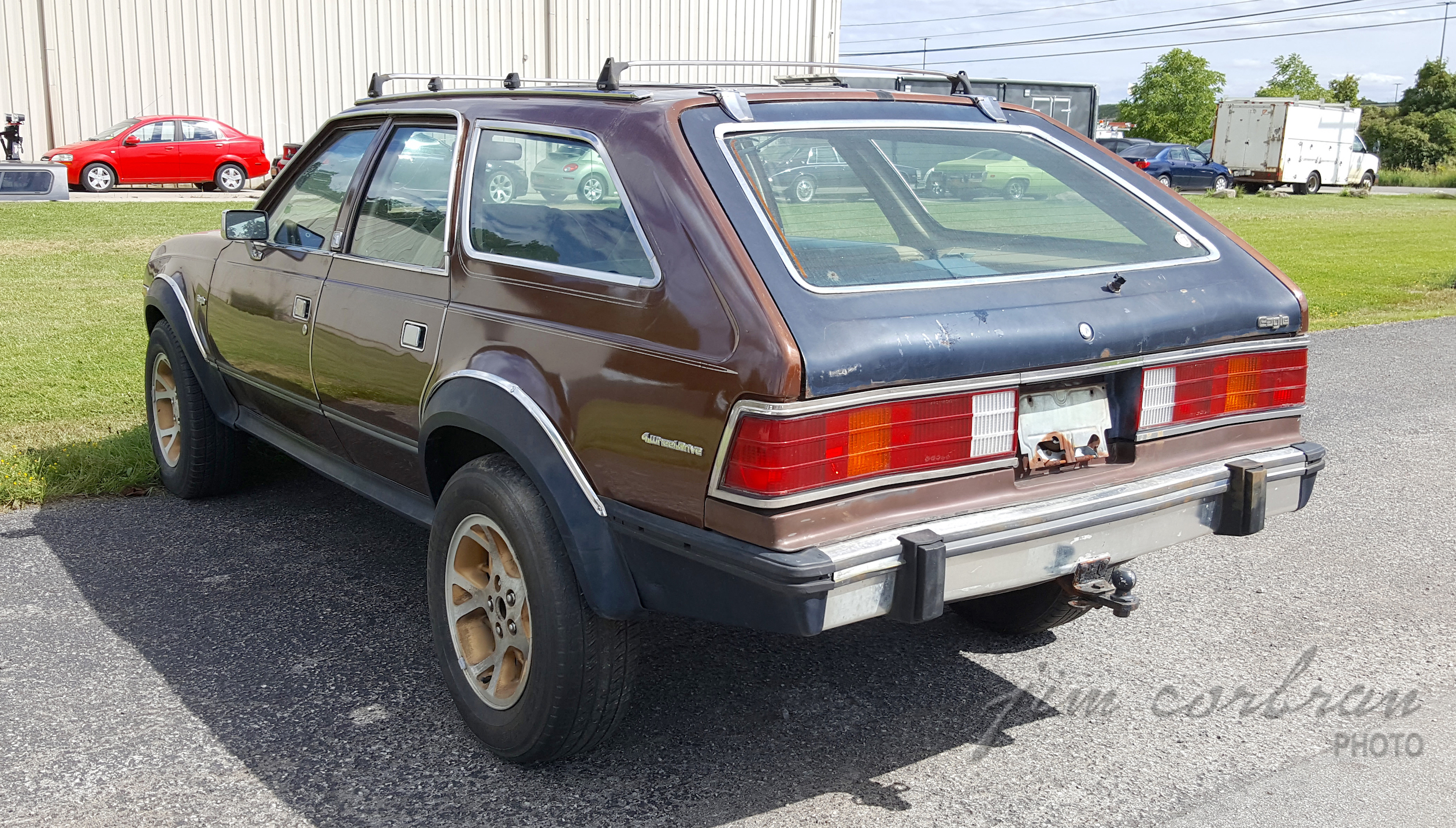 Something seemed a little off when we found this 1985 AMC Eagle sitting in a Niagara Falls parking lot over the summer. (And no, we’re not referring to that black hatchback lid.) A closer look revealed that the center cap on those rims said “Jeep.” Which is only fitting I guess, as at this point in time Jeep was still a part of American Motors, and the Eagle lineup was all 4-wheel-drive, so I imagine these rims bolted right on. The Eagle name would live on for a few more years adorning these Hornet/Concord conversions, before AMC was absorbed by Chrysler, who badged-engineered a bunch of sedans and wagons from Renault, Mitsubishi, and Chrysler with the Eagle moniker.