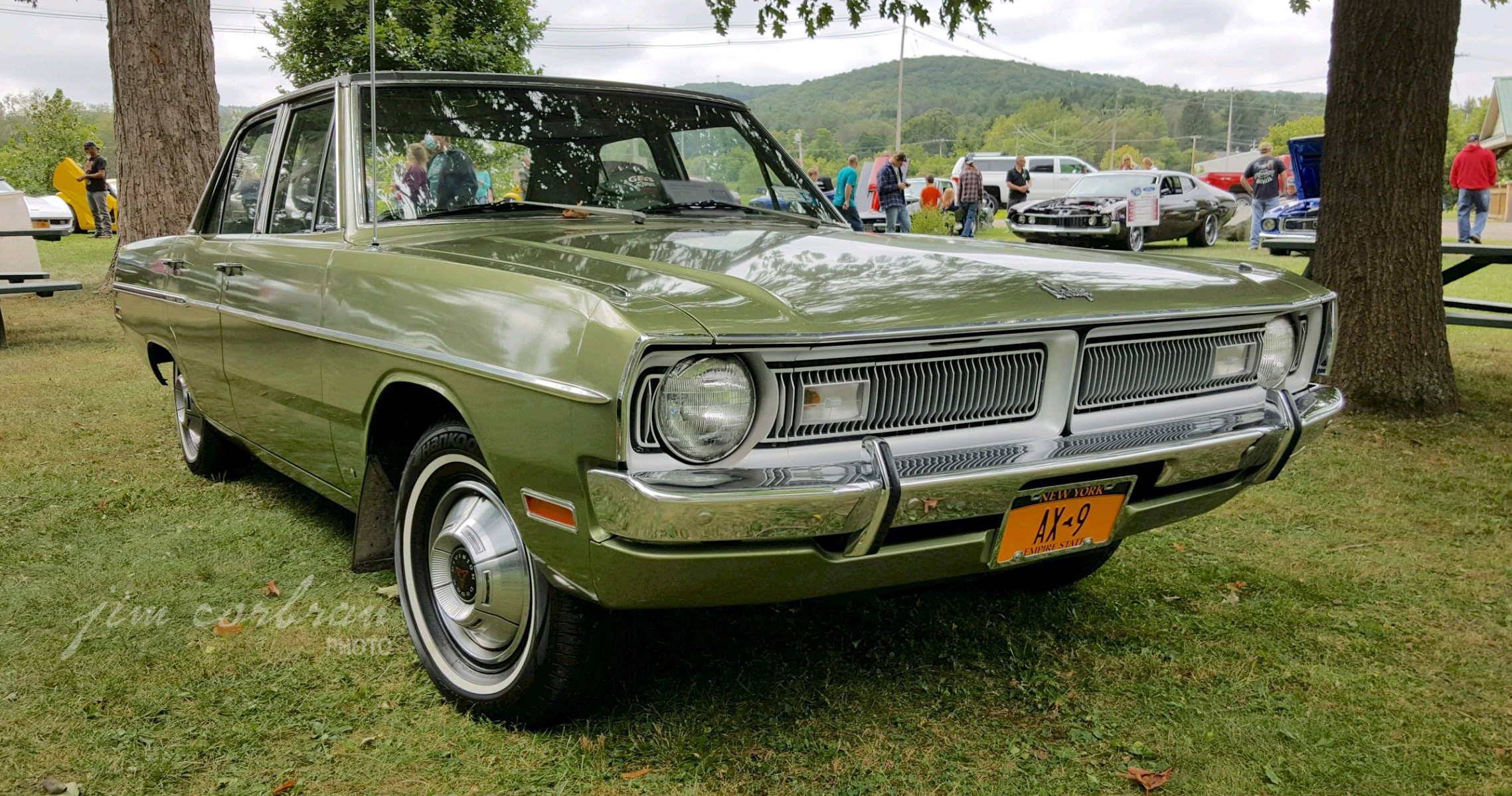 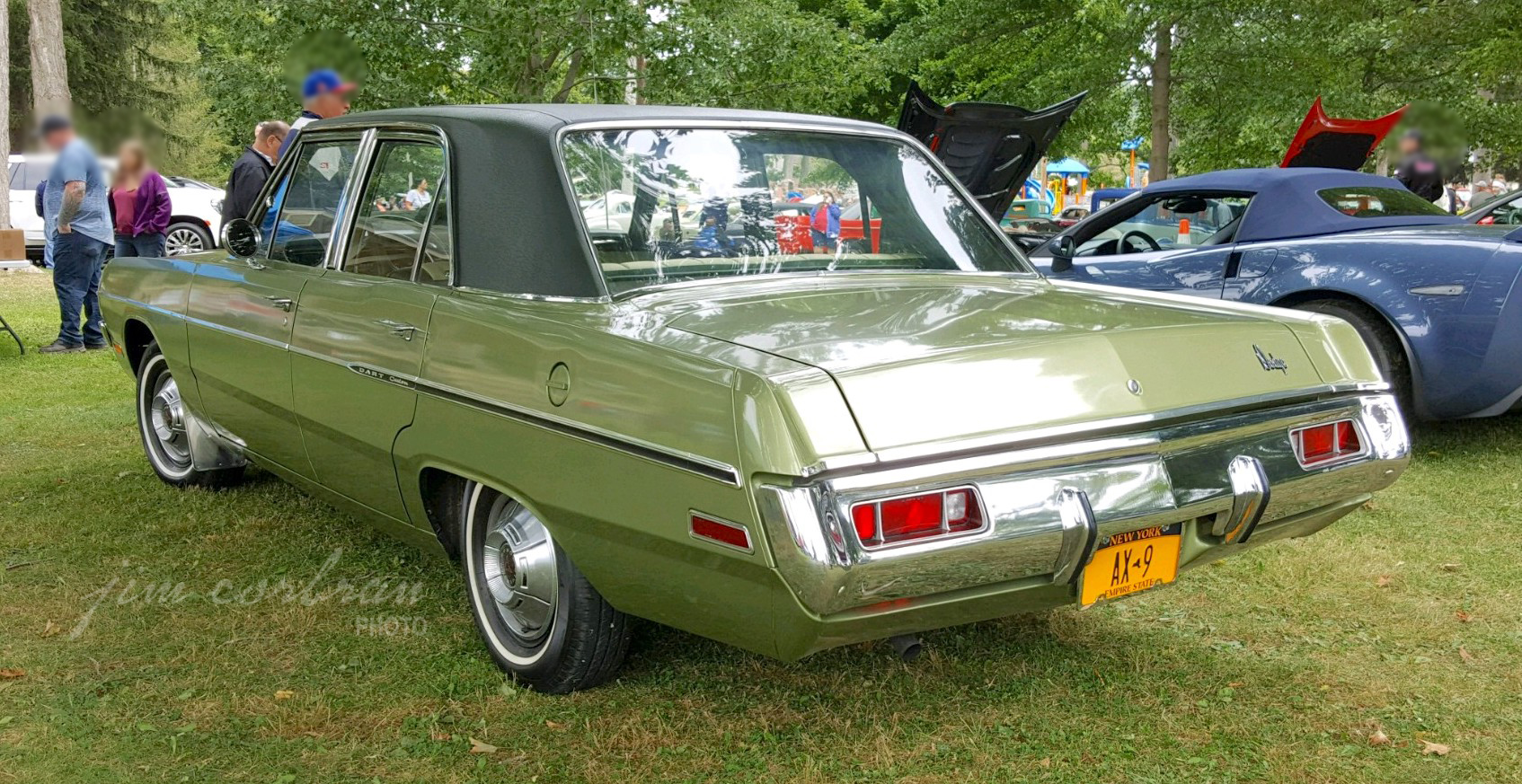 Admittedly, people had a lot on their minds back in 1970. I for one was turning 18 and had to clear my schedule on my birthday to get downtown and apply for my Sheriff’s Card. Priorities! But were Dodge’s brochure writers so busy that they forgot to mention that the Dart was available with either two or four doors? The big main promotional piece (bottom of page) not only features photos exclusively of the Dart & Swinger two-door hardtops, they don’t even mention the fact that there were two four-door sedans, the Dart and Dart Custom, also offered. The Canadian version of this same catalog mentions (and shows examples) of the whole lineup. What were they trying to say down here? We saw this green 1970 Dodge Dart Custom back in September at a car show in Wellsville sponsored by The Ancient Order of Hibernians. 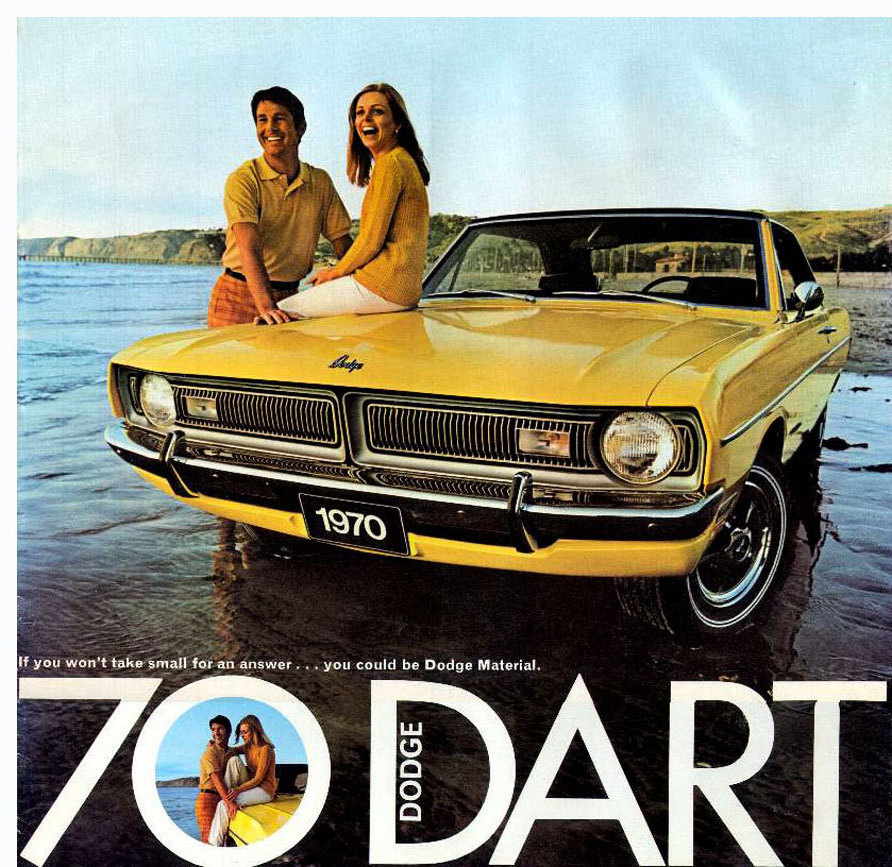