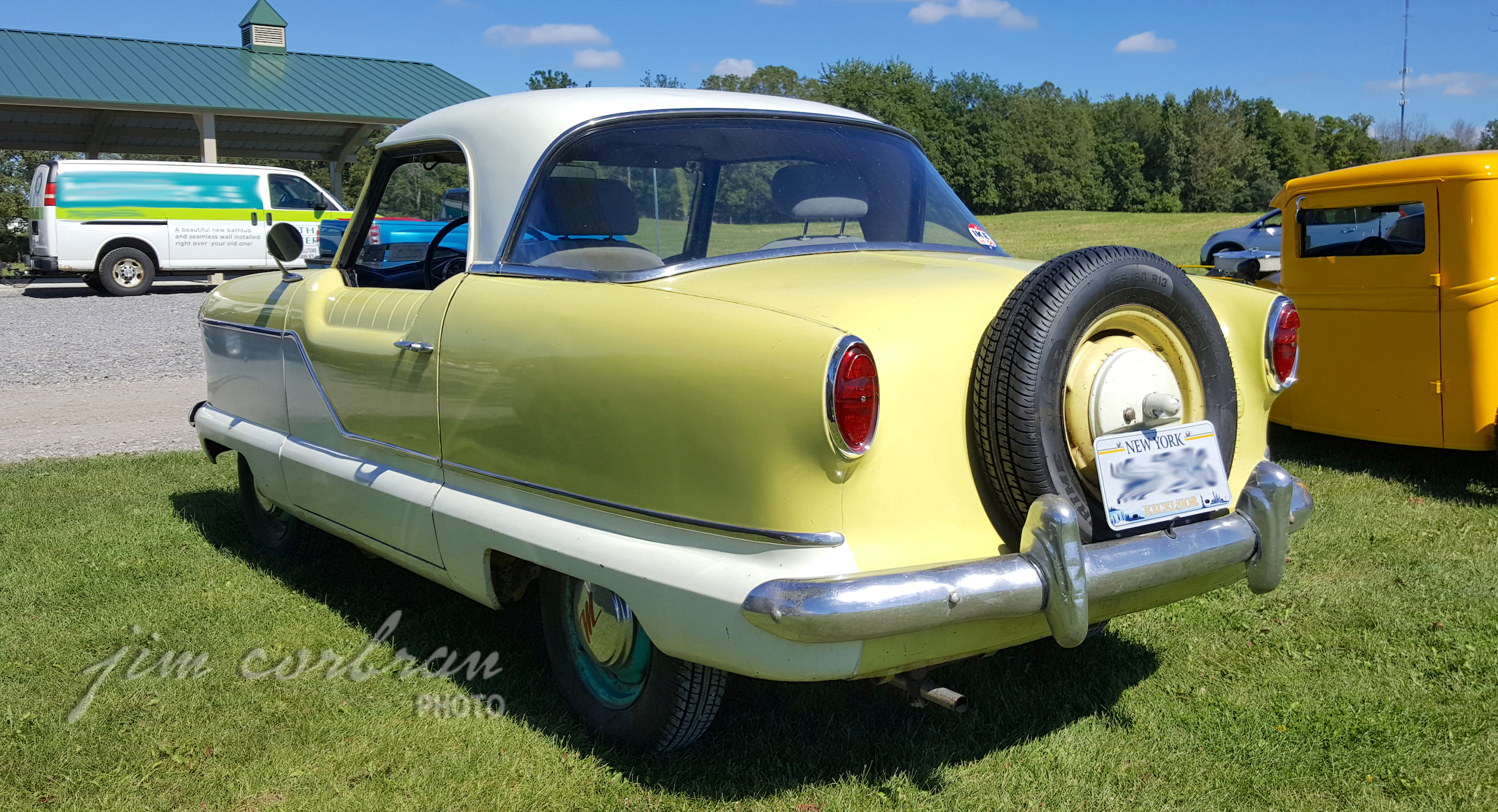 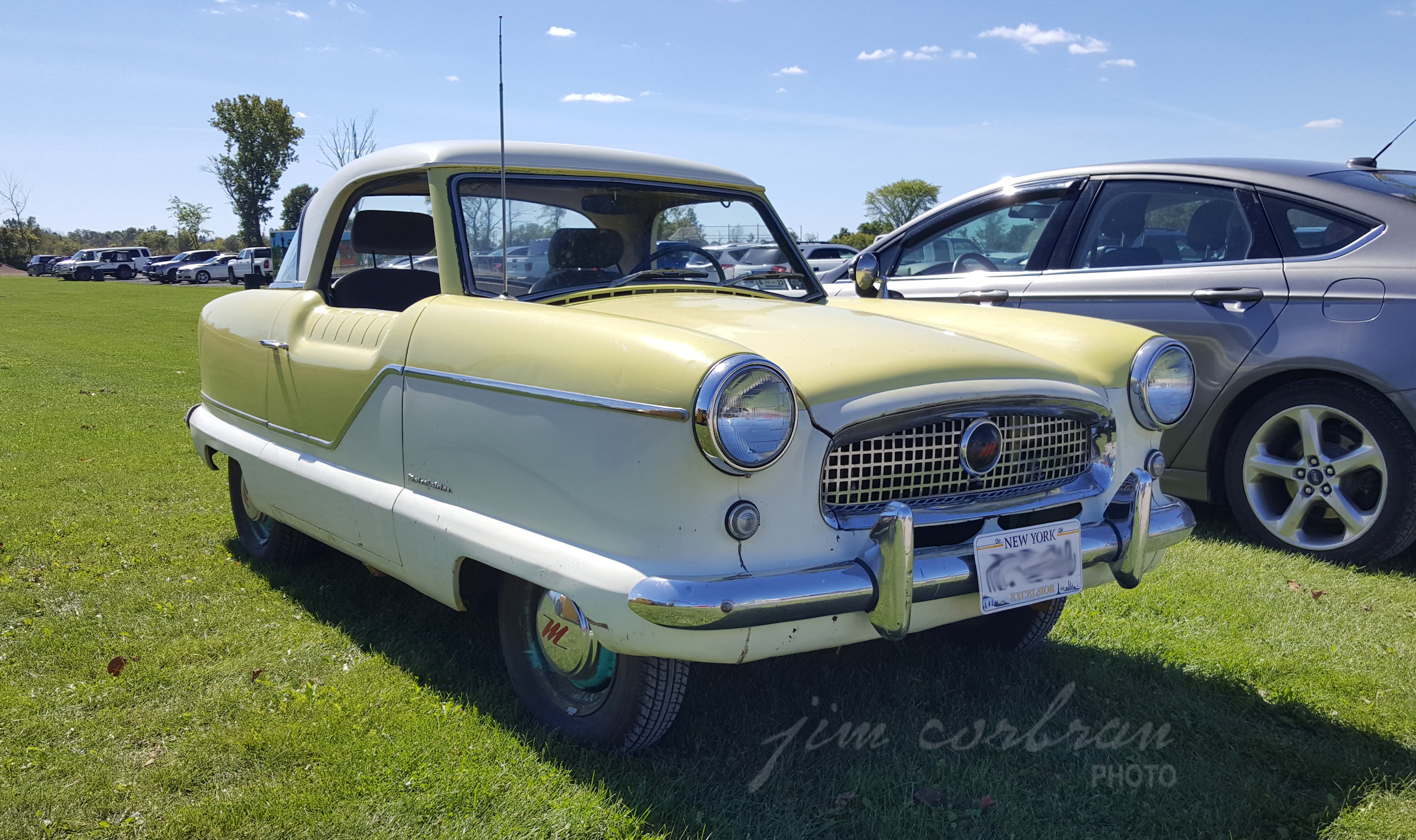 Came across this 1958 Metropolitan coupe in a Pembroke parking lot the weekend of the annual Kiwanis Club car show last month. Model year 1958 was just past the halfway point for the little imported three-passenger sub-compact sold at Rambler dealers (they were also sold at Hudson dealers after their merger with Nash formed American Motors in 1955). Introduced for MY 1954 with Nash badging, the final Mets were produced for MY 1962 — the Nash and Hudson badging having diapppeared after MY 1957. About 95,000 Metropolitans left the British factory where they were assembled by the Austin Motor Company in both coupe and convertible versions.