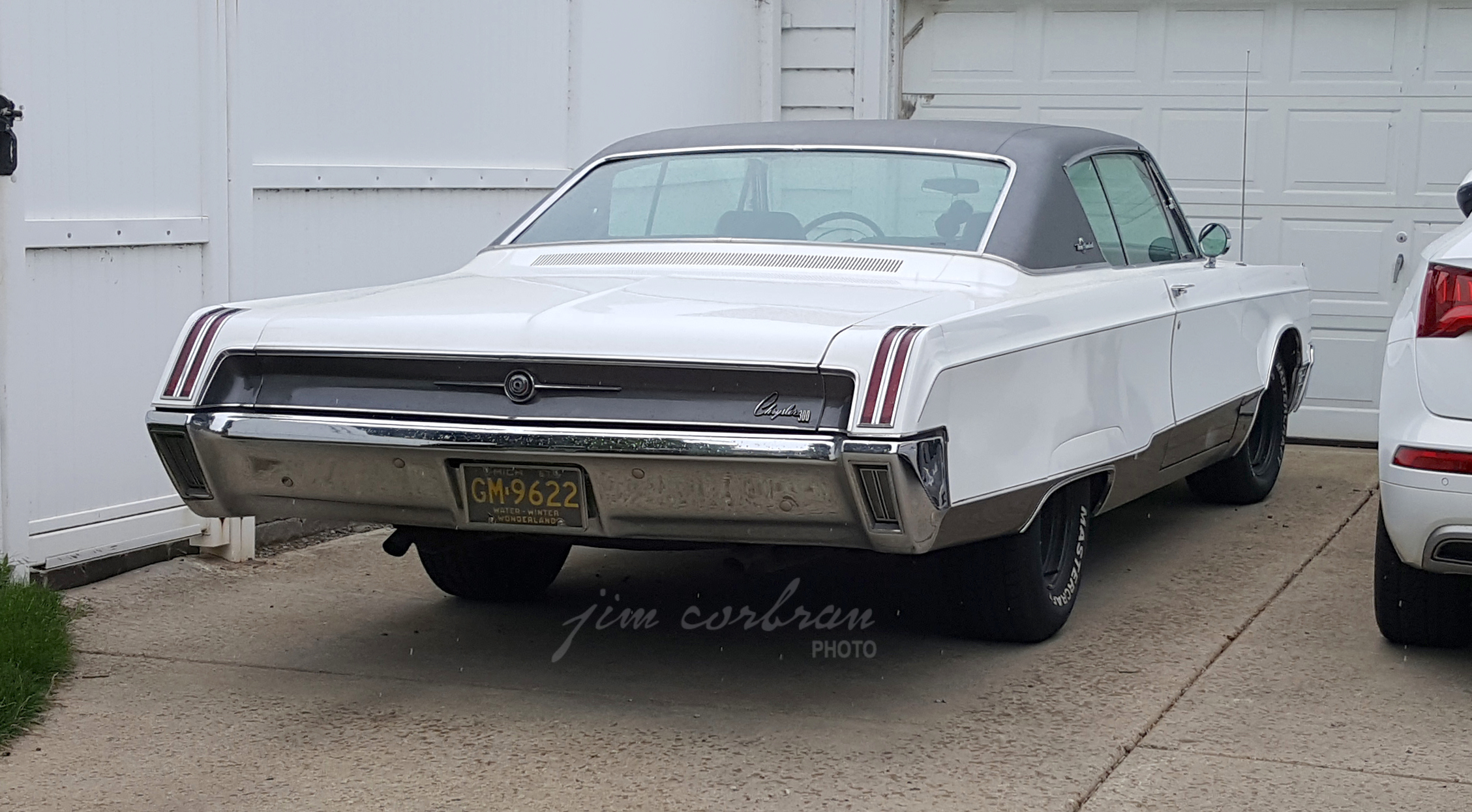 One car. Two days. When we first rode our bicycle past this 1967 Chrysler 300 over the summer we were only sorry that it was parked too close to this Buffalo garage to get a shot from the front. Driving by again a couple of days later, we noticed that it had been moved, and got the second shot. The 300 was still the “sporty” Chrysler, although not quite the hot rod that the original 300 was back in the mid-to-late 1950s. This one looks a little tougher than most though, with its black rims and white letter tires.