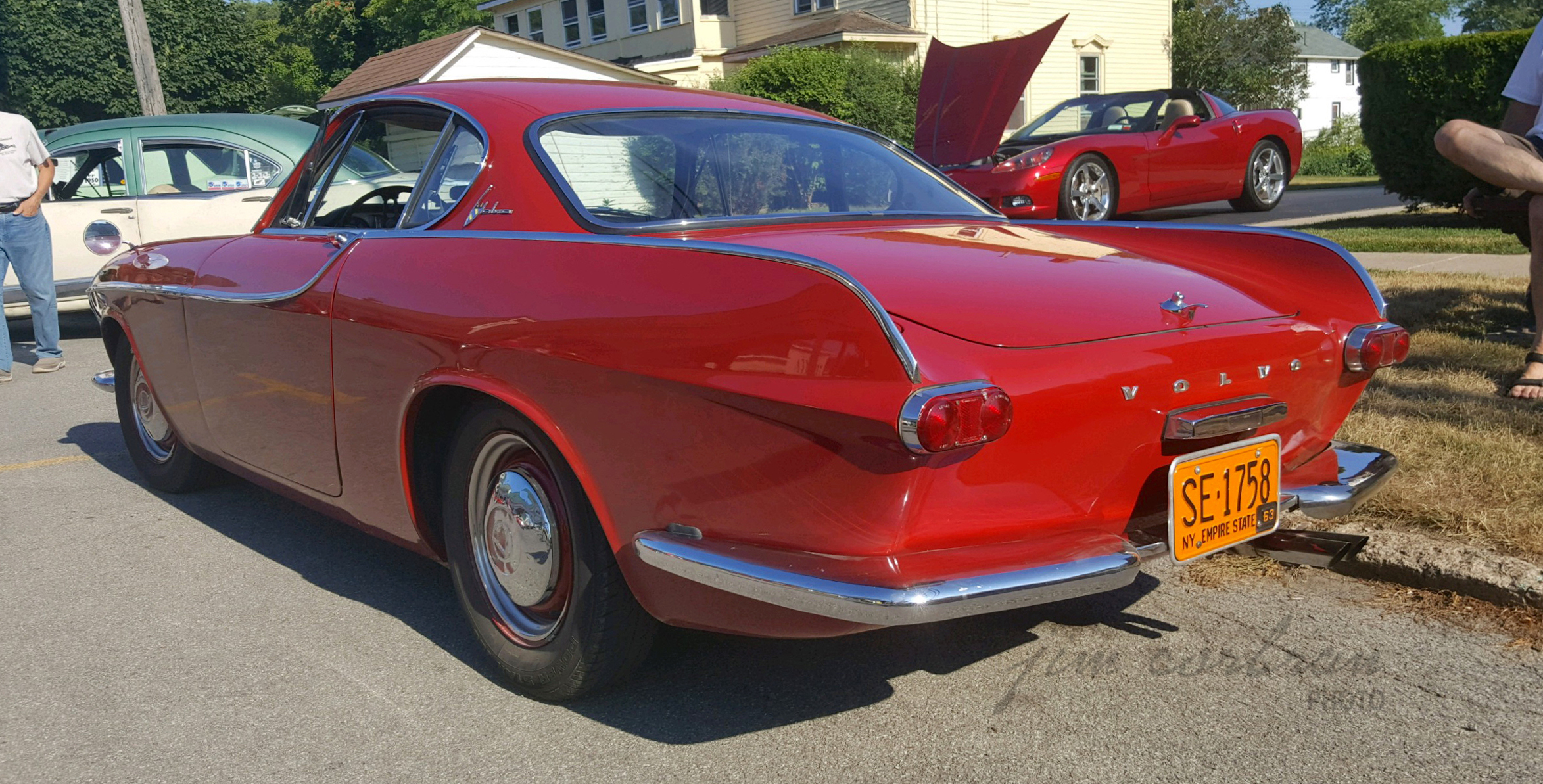 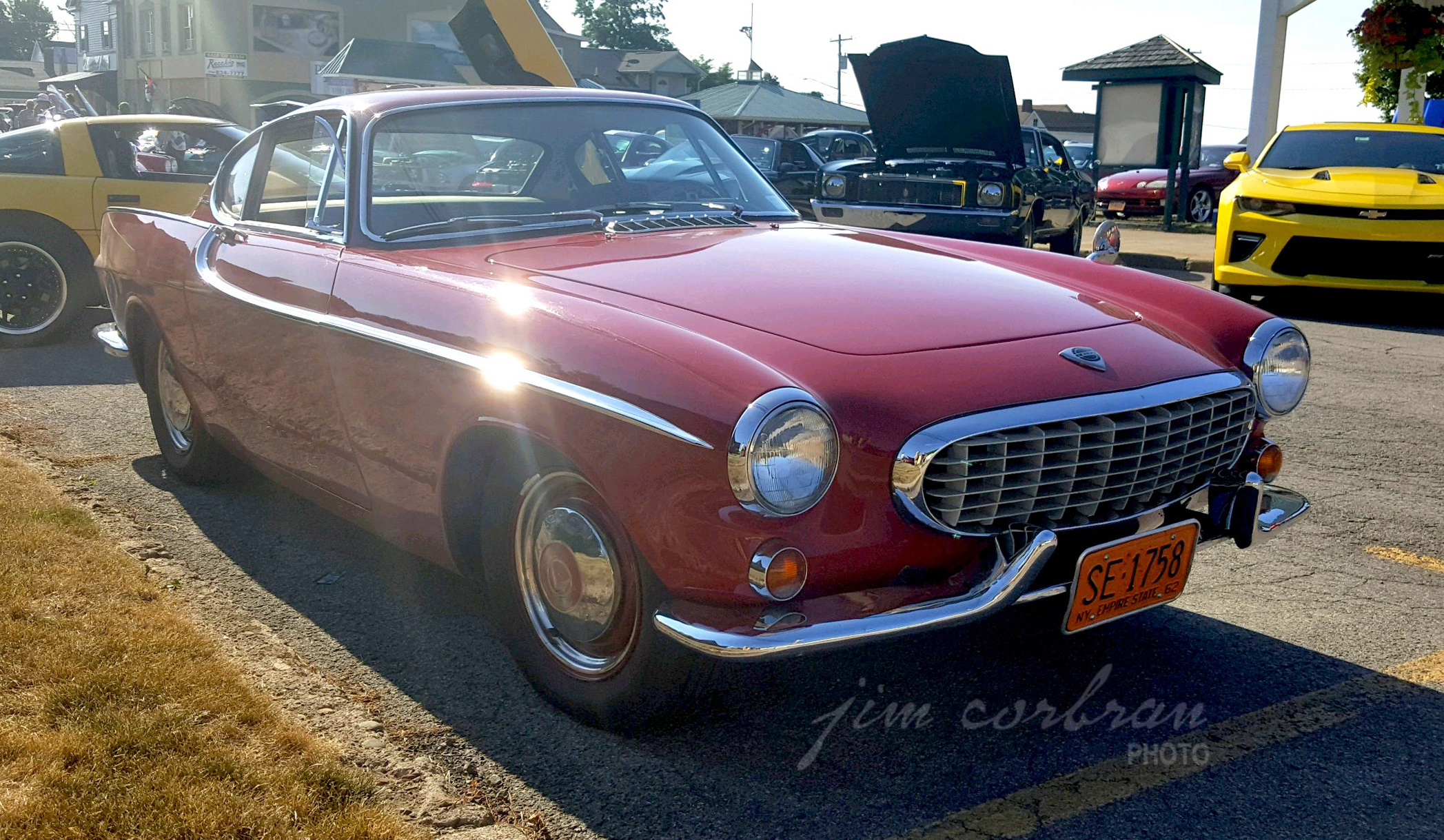 This 1963 Volvo 1800 S really stood out from the ususal gang of suspects at one of this summer’s weekly cruise-ins in Olcott. The sun was wreaking havoc with our photography attempts, but at least in the rear view with the sun behind us the little Swedish sports car’s lines come through nicely. Road & Track magazine, in the almost identical 1964 model’s brochure, called it “…a very civilized touring car for people who want to travel rapidly in style.” Volvo made no bones about the miniscule rear seat, referring to it as “Occasional seating behind the driver.” Luckily it folded flat to increase the 1800’s luggage carrying capacity. We were also reminded about the car’s economy of operation — “…at seventy miles an hour [it] uses no more gas than the largest selling imported economy sedan.”