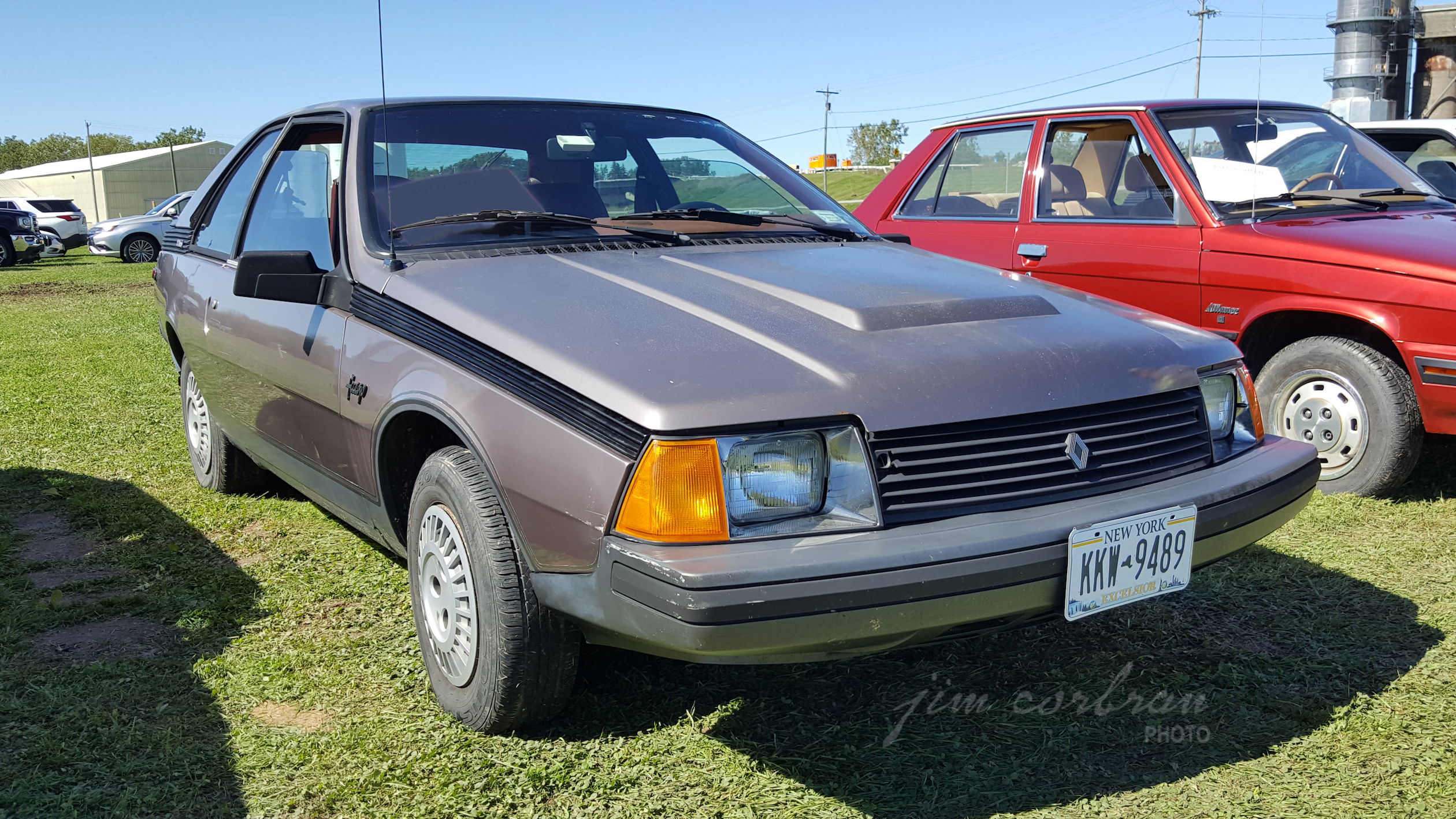 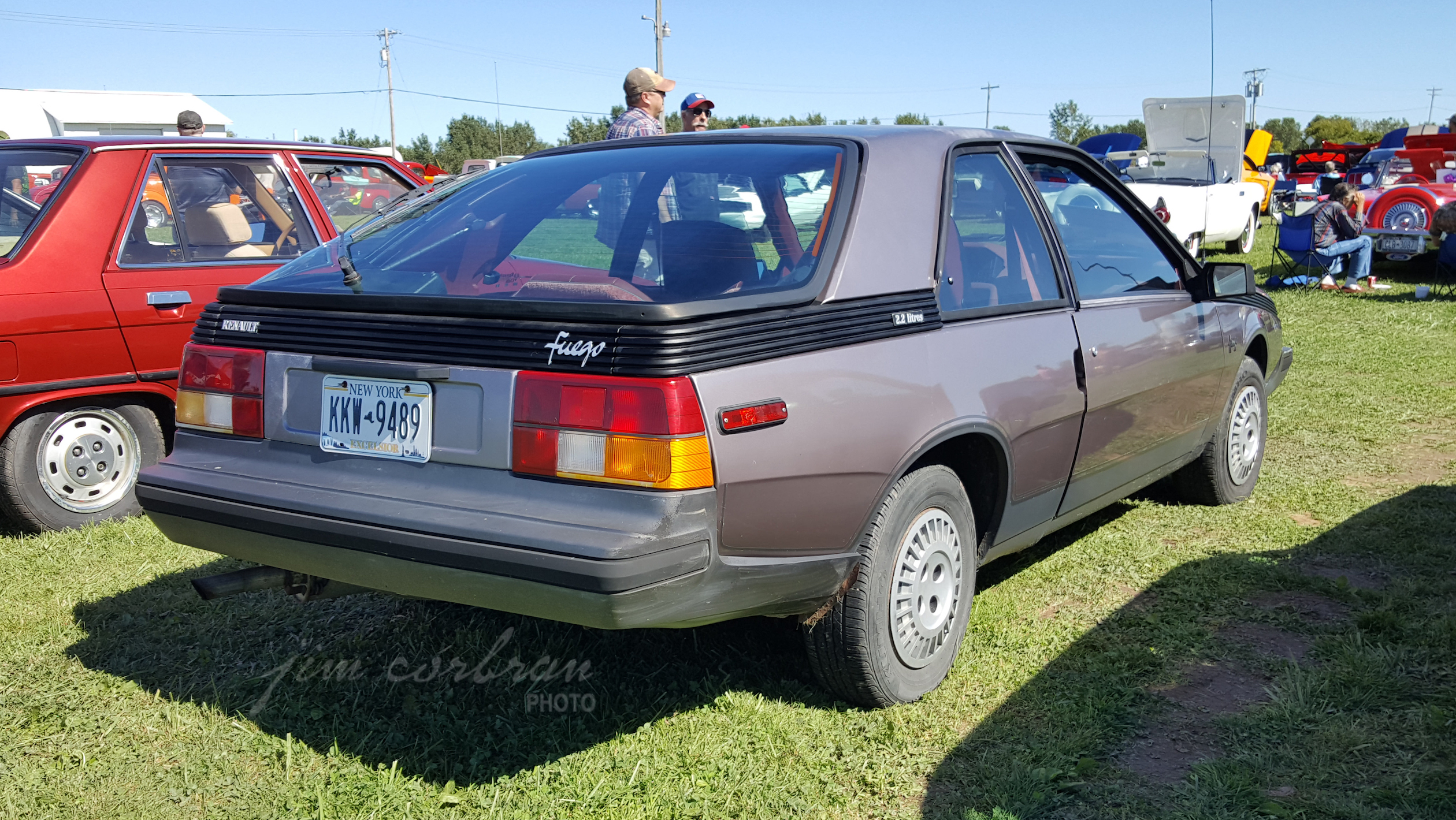 When we crouched down to photograph this 1984 Renault Fuego at the September to Remember Car Show/Swap Meet at the Orleans County Fairgrounds in Albion, we were asked “Are you interested in Fuegos?” “We’re interested in anything that’s different,” was our reply. And the Fuego is certainly different. You’re forgiven if you’ve never heard of nor seen one in person. They came around near the tail end of the American Motors/Renault marriage, along with a few other oddities like the Renault 15 and 17, Encore and Alliance, and 18 and Sportwagon, as well as the Eagle Premiere/Dodge Monaco (it gets very confusing, Lol). In the near future we’ll have another one or two of these seldom-seen French cars from that same event.