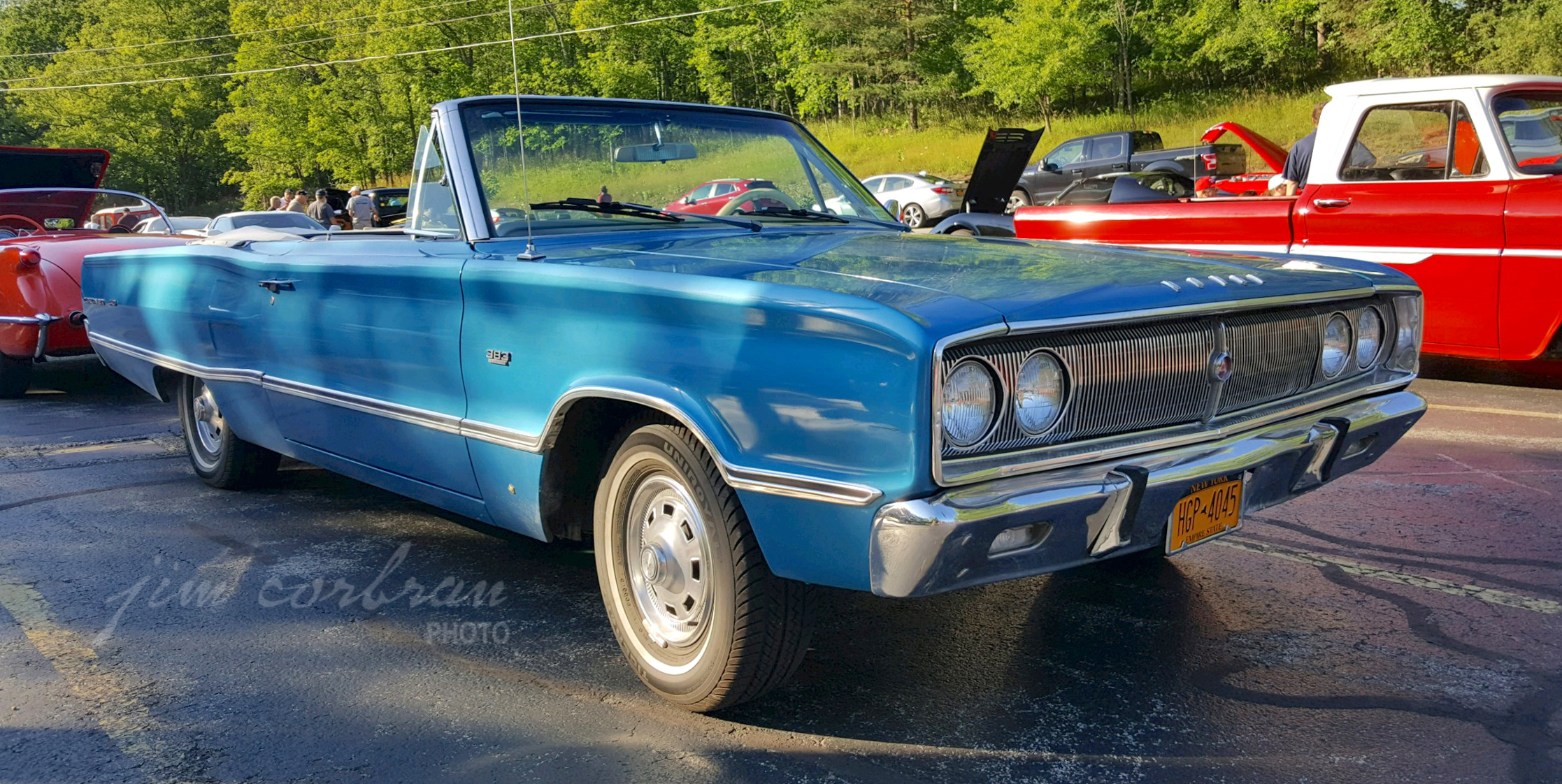 Nice to see this 1967 Dodge Coronet 440 pretty much unmolested — still wearing its factory wheel covers and a set of whitewalls. Seems like a lot of owners of these mid-century Mopars like to spice things up with after-market wheels & tires. Not that there’s anything wrong with that! This one does though, have a suspicious-looking set of tailpipes hanging out beneath the rear bumper. This 440 is equipped with a 383 V8, at least according to the fender badge. A 225cid Slant 6 was standard in the six-cylinder models, while a 273 V8 was the standard eight. Besides this car’s 383, V8s of 318, 426, and 440 cubic inches were optional on some models. We saw this one over the summer at a cruise night in East Aurora at the American Legion, sponsored by the East Aurora Vietnam Veterans.