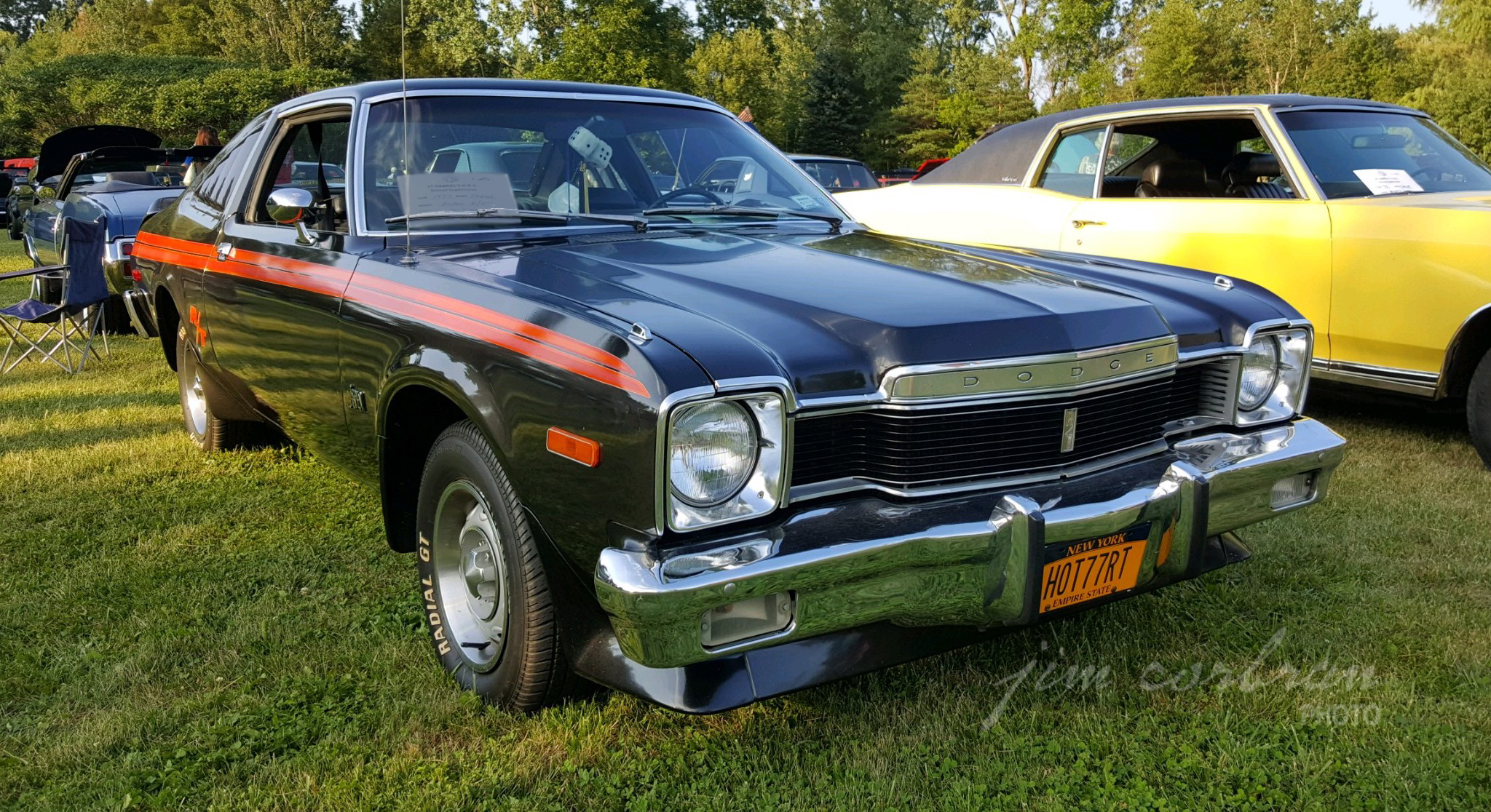 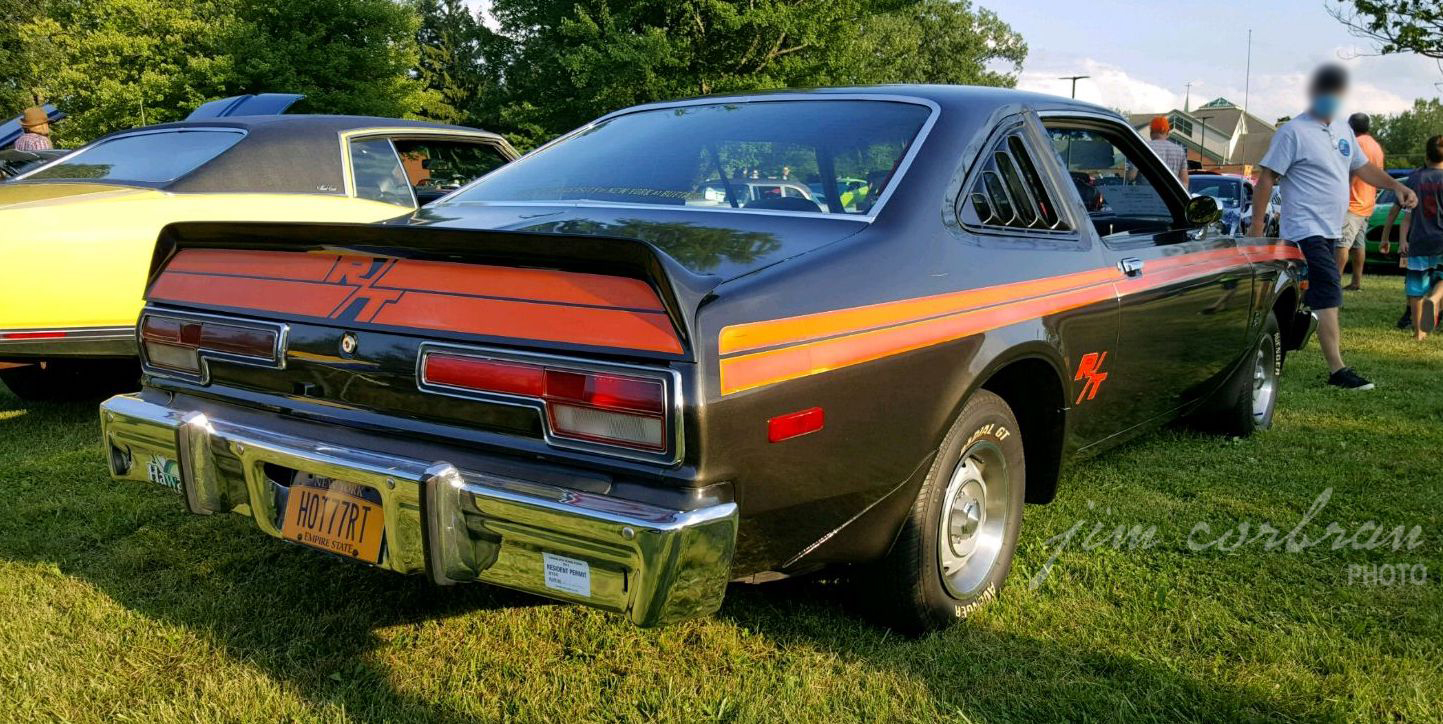 Before you say that this 1977 Dodge Aspen R/T is all show and no go, you should know that, besides the standard Slant 6 engine, there was also a standard 318cid V8 in the eight-cylinder model. Upgrades under the hood consisted of either a 2- or 4-bbl 360 V8, and while they were both connected to TorqueFlite automatics, the 318 could be had with an optional 4-speed. Today’s RealRide has another option, the R/T Super Pak — spoilers, louvers, blacked-out grille, and stripes. And while its color’s name may be uninspiring, maybe even confusing (Black Sunfire), Dodge did have a few nifty names such as Regatta Blue, French Racing Blue, and Spitfire Orange in its catalog. We came upon this one over the summer at a car show at St. Gabriel’s Church in Alden.