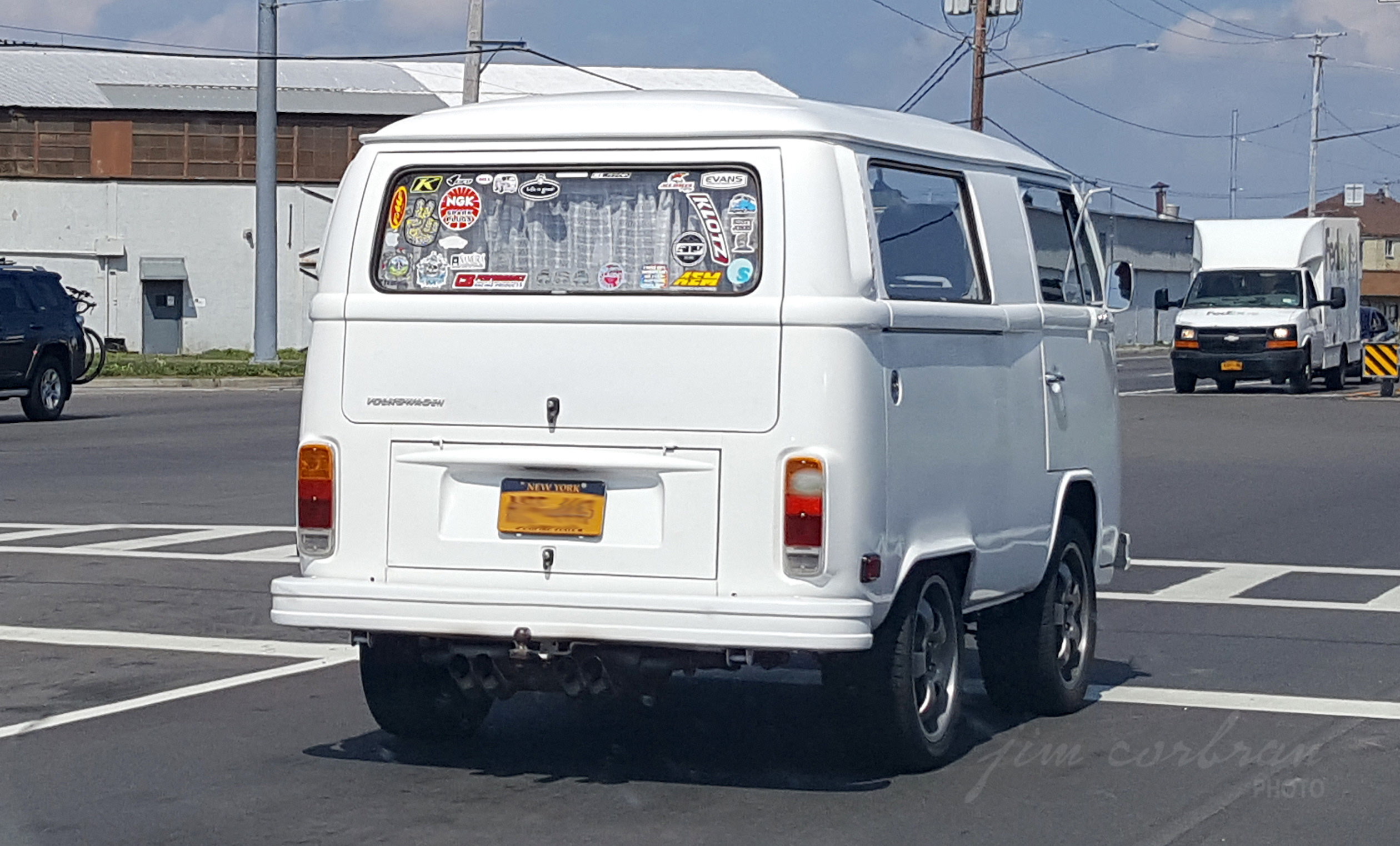 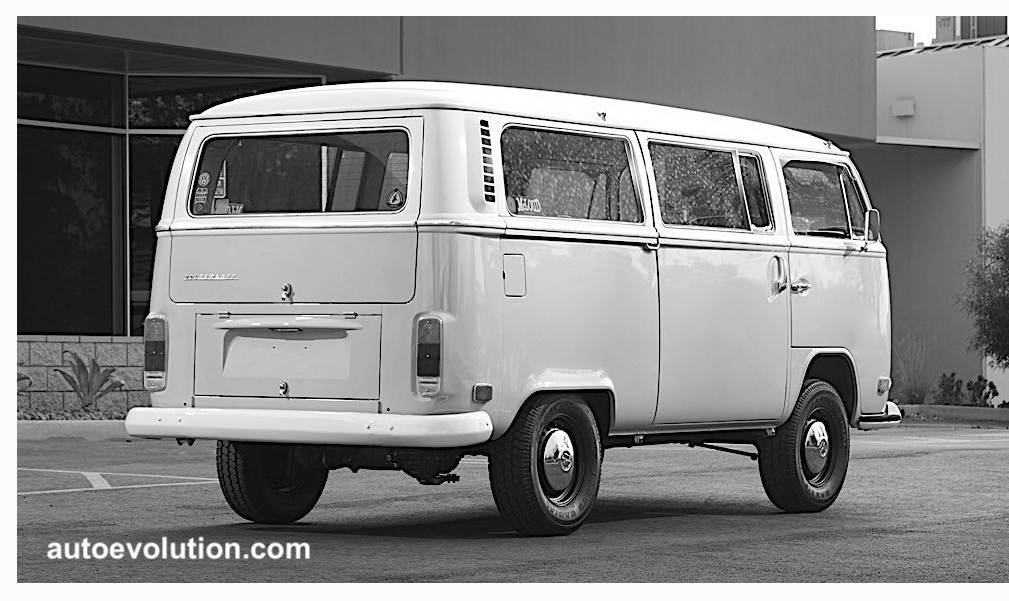 We followed this second-generation Volkswagen Type 2 bus (which were produced from 1968-79) all the way from Angola to South Buffalo one Saturday during the summer, and were finally able to get a photo near the Ford Plant in Woodlawn. Comparing it to the 1972 model seen here in the black & white photo, you can see that a sizeable chuck has been removed between the front & rear axles, almost the size of the sliding side door. I imagine it makes it much easier to find a parallel parking spot now, Lol.