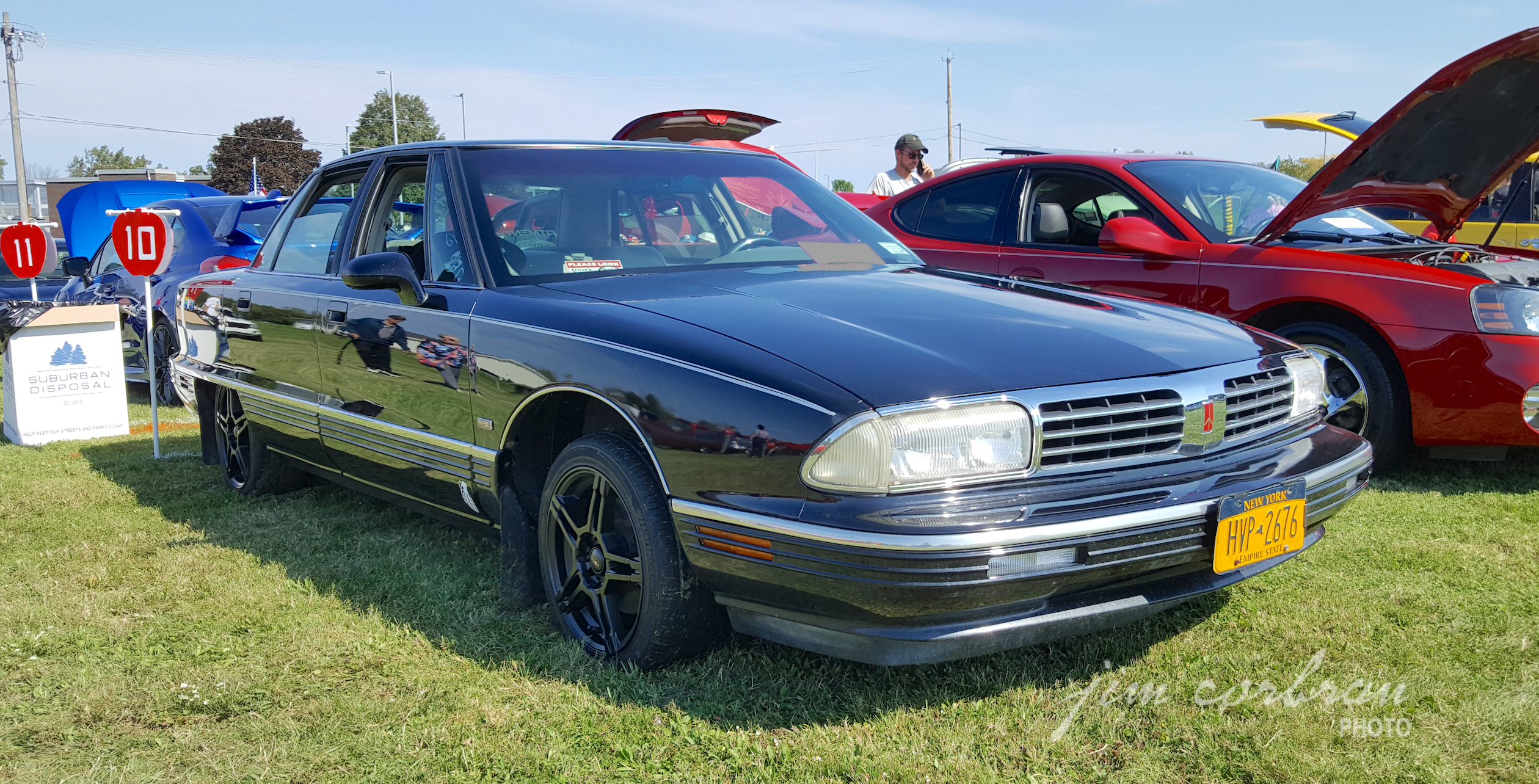 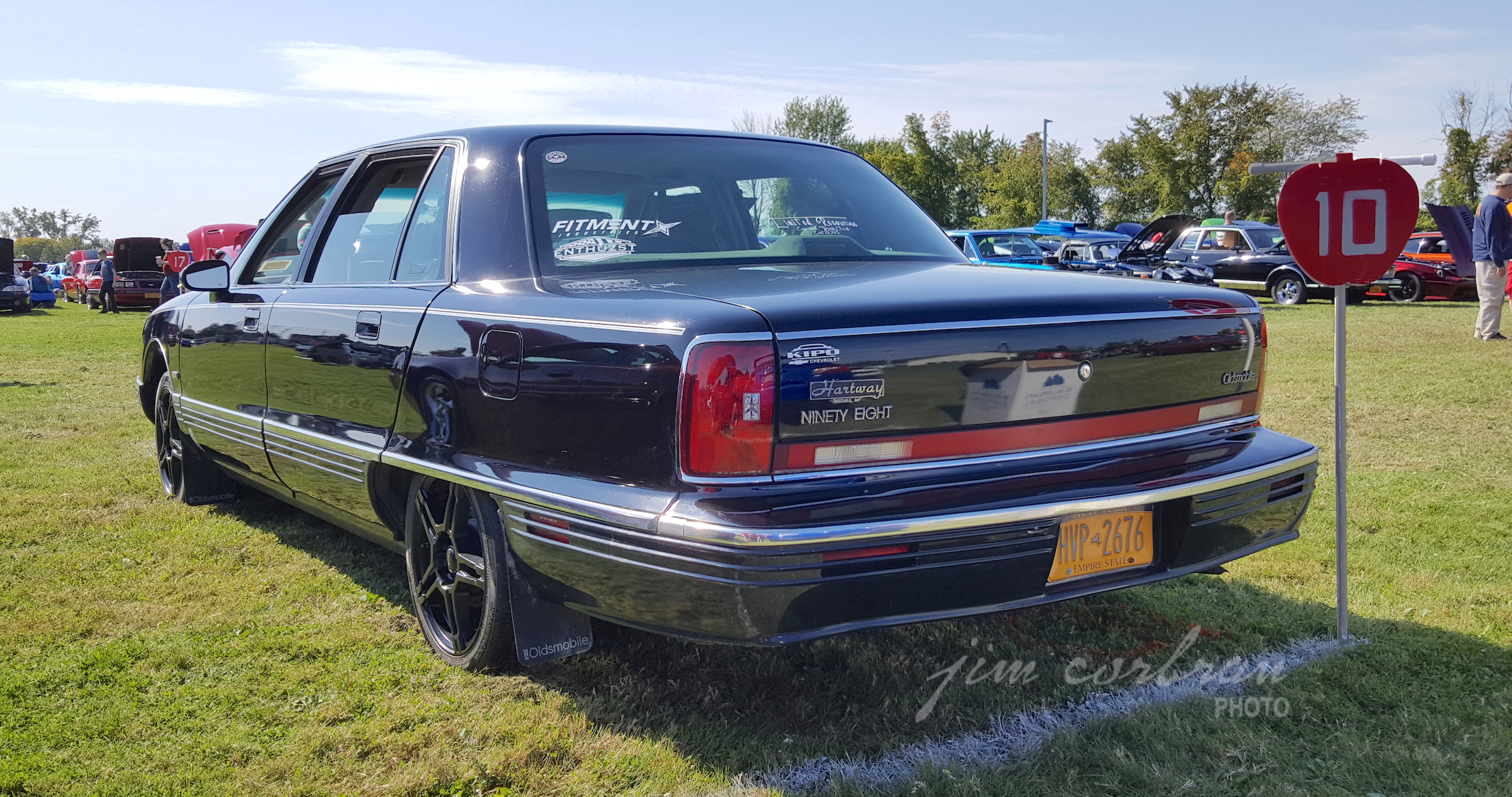 Today we’re revisiting a RealRide first featured in the summer of 2019, a 1996 Oldsmobile Ninety-Eight, which according to the windshield show placard is still owned by Gasport’s Nick Anderson. In the original write-up (seen below), we casually mentioned that “…all that seems to be missing is a set of whitewalls.” Not only did young Mr. Anderson not take our advice (Lol), he did a complete 180 and replaced the Olds’ factory aluminum wheels with a set of black-spoke aftermarket rims which, I must say, keep growing on me the more I look at these new photos. We came across his car (again) a couple of Saturdays ago at the annual Apple Fest Car Show in Hilton. 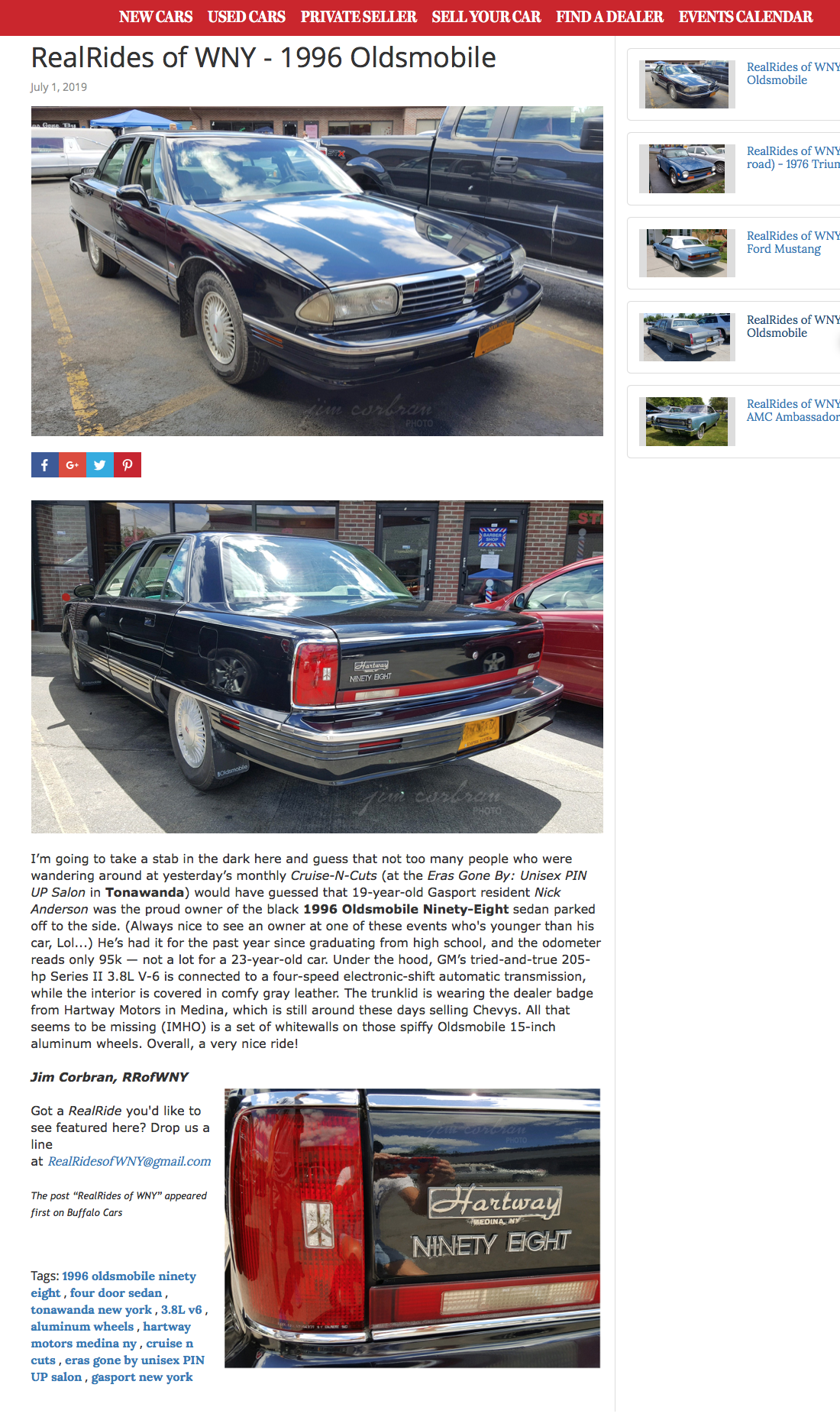