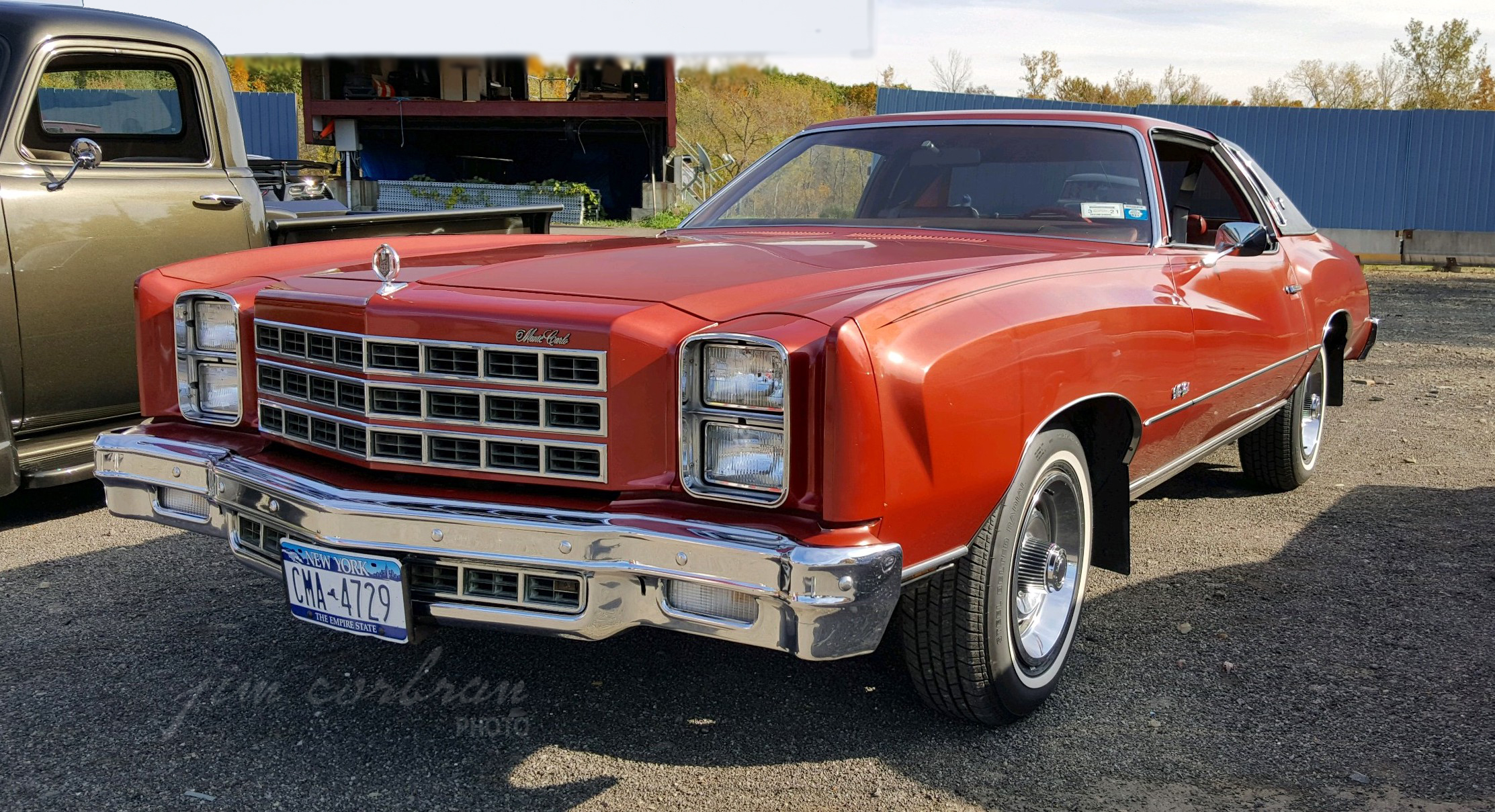 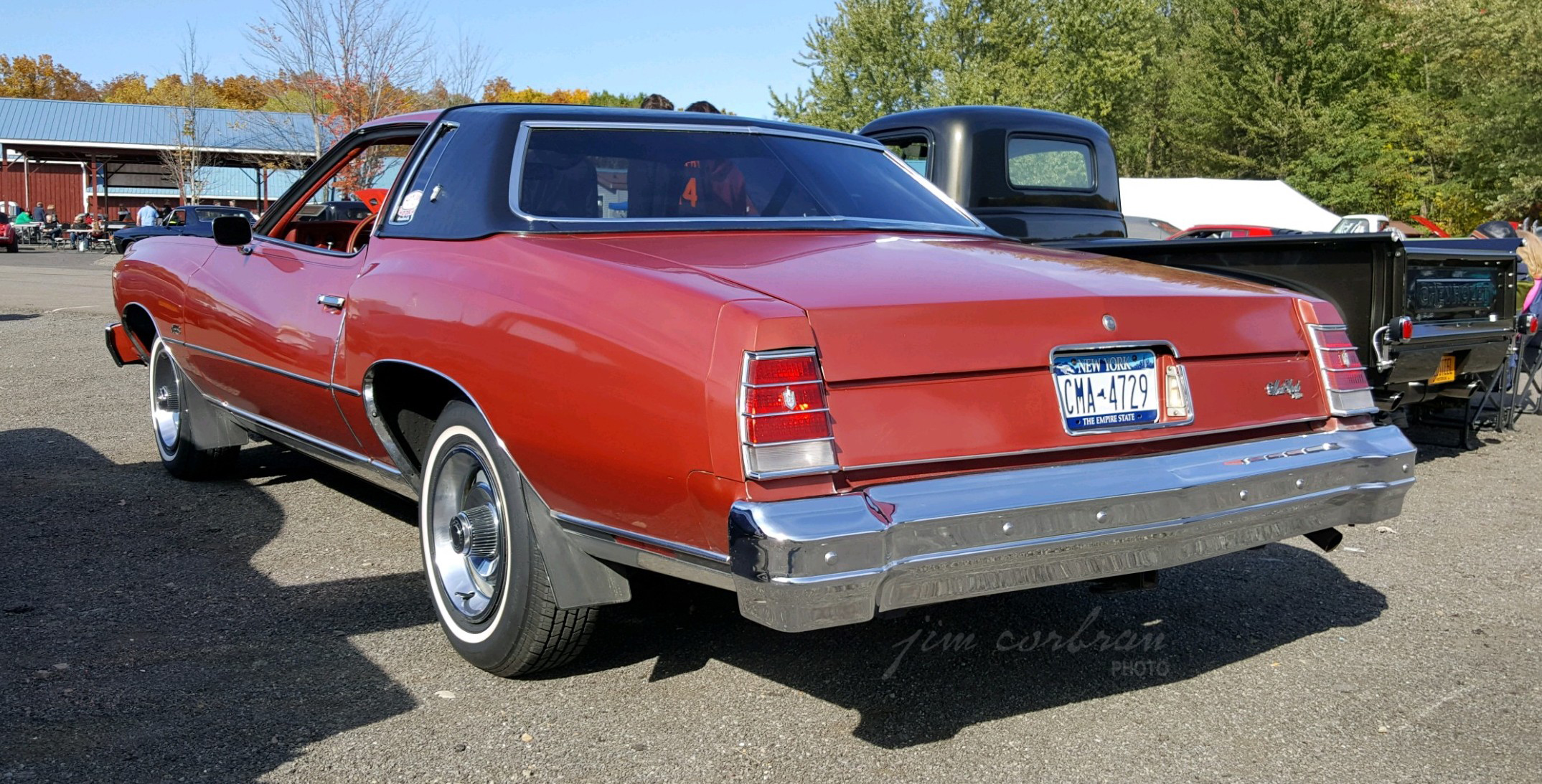 I remember reading a piece somewhere on the web where a guy was complaining about how manufacturers were too quick to slap rectangular headlamps onto cars when they were finally approved by the federal government. He thought they looked terrible on many vehicles which were originally designed for the round units. This 1977 Chevrolet Monte Carlo is one of those cars which wore two round lamps when the new 1973 models debuted (see bottom photo of the similar 1975 model), and then switched over in 1976 to four rectangular units. I think it works well on the Monte with all of its angular styling cues. We saw this one in October at a Sunday cruise-in at the Big Indian Smoke Shop in Irving. 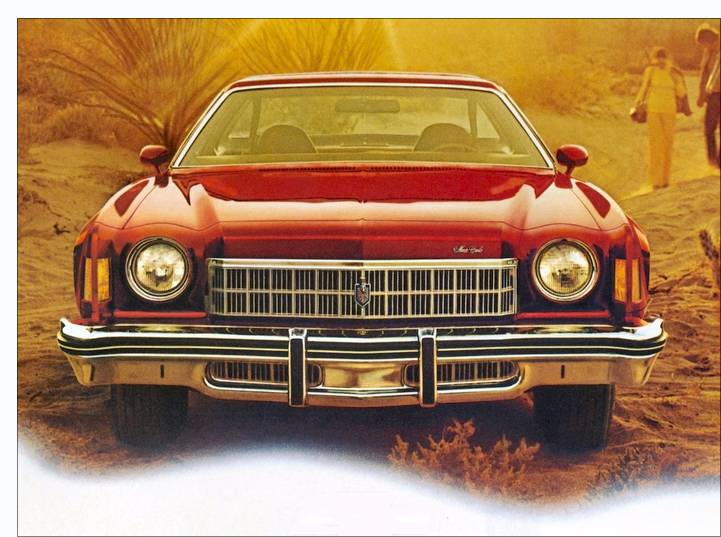