Yesterday we featured a RealRide from a couple of years ago which underwent a wheel/tire change since we first saw it. In a similar story, we photographed this 1950 Dodge Wayfarer in a North Tonawanda driveway a few weeks ago, complete with the original poverty hubcaps, a set of newer whitewalls, and a current Arizona Historical license plate. We drove by a week or two later and saw the car up on jack stands; returning home later that day, we noticed it was wearing a set of blackwalls and mag-style wheels. Didn’t get an updated photo, but perhaps we’ll see it around again soon and amend this post.

Update: here's the promised photo with the new rims & tires... 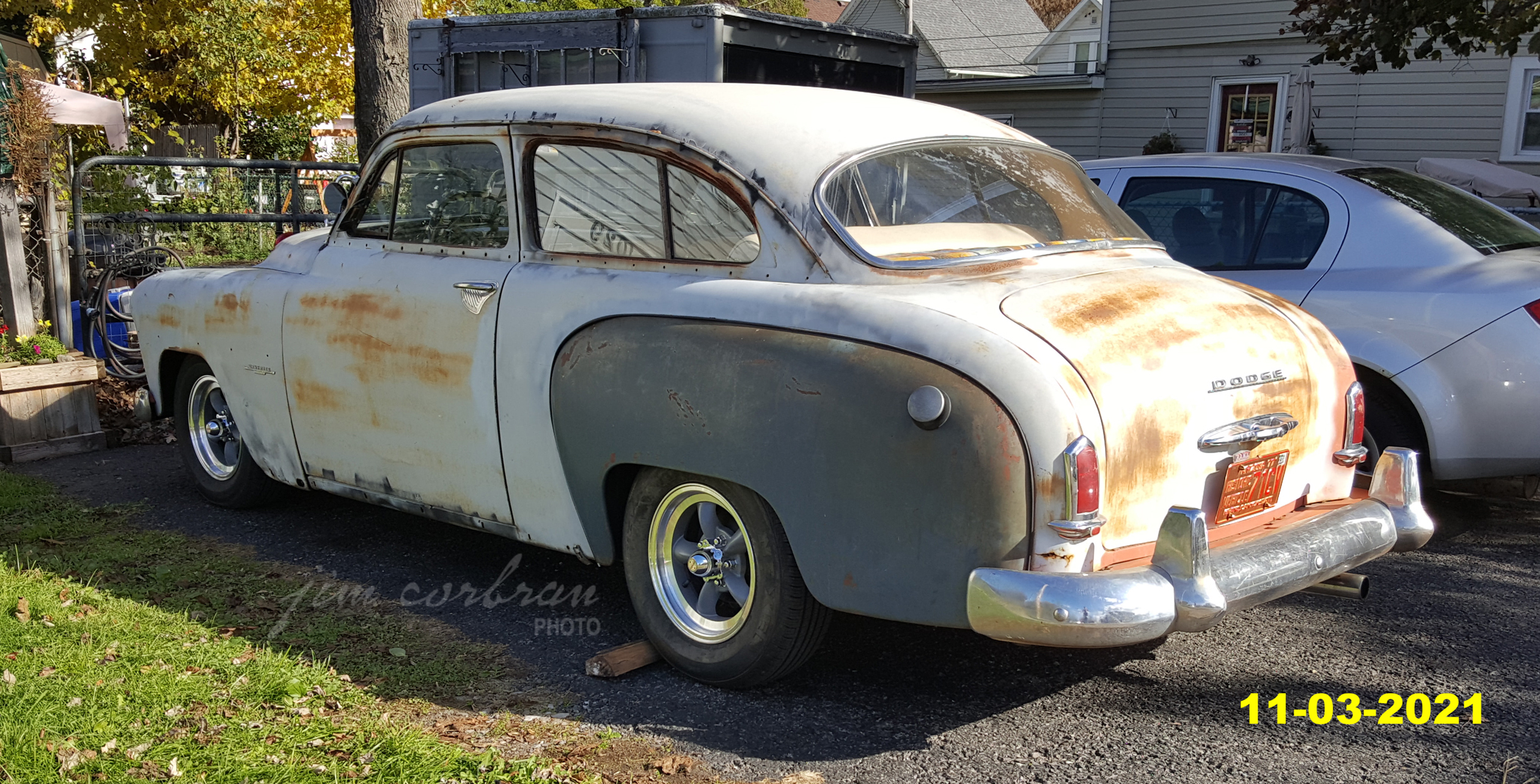