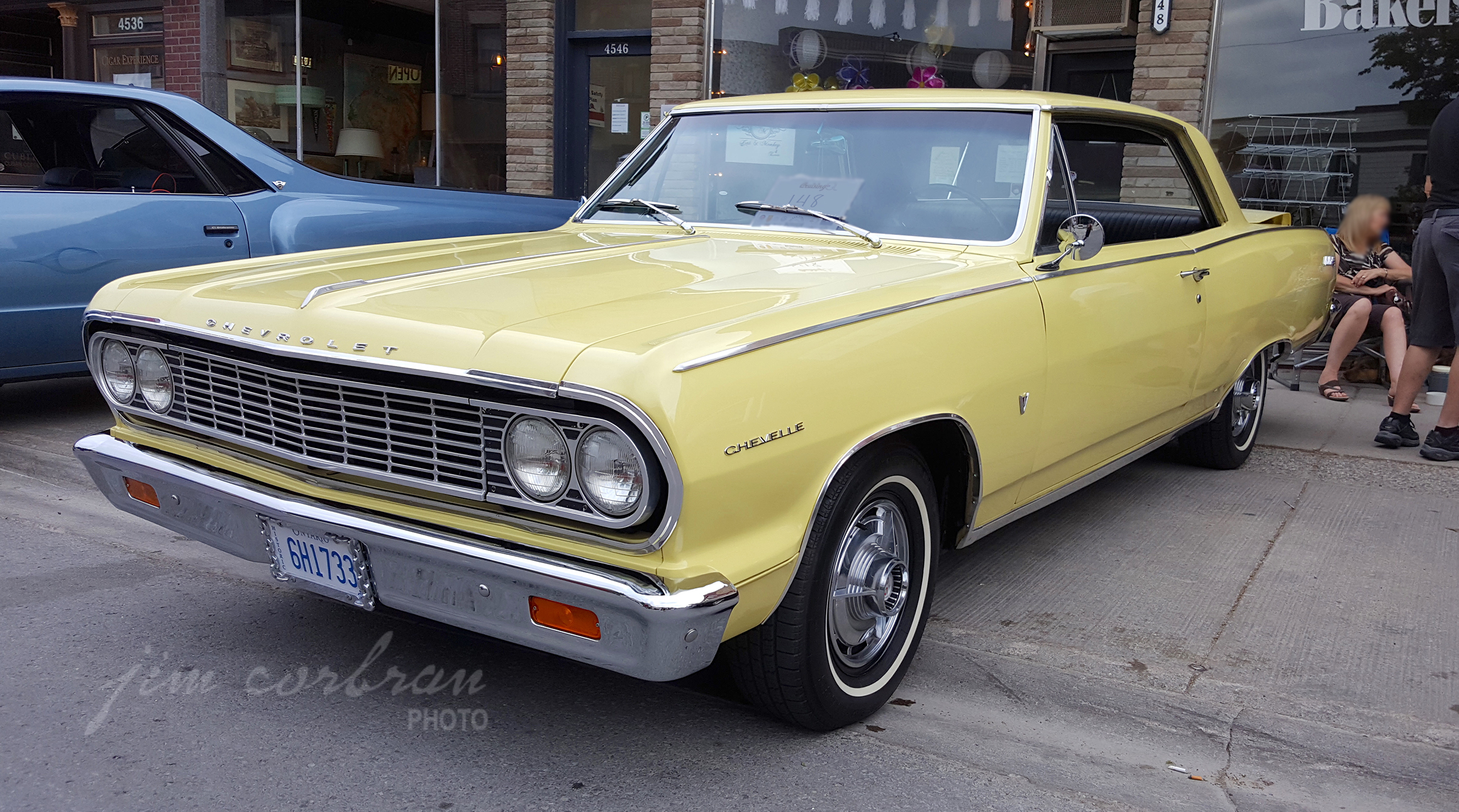 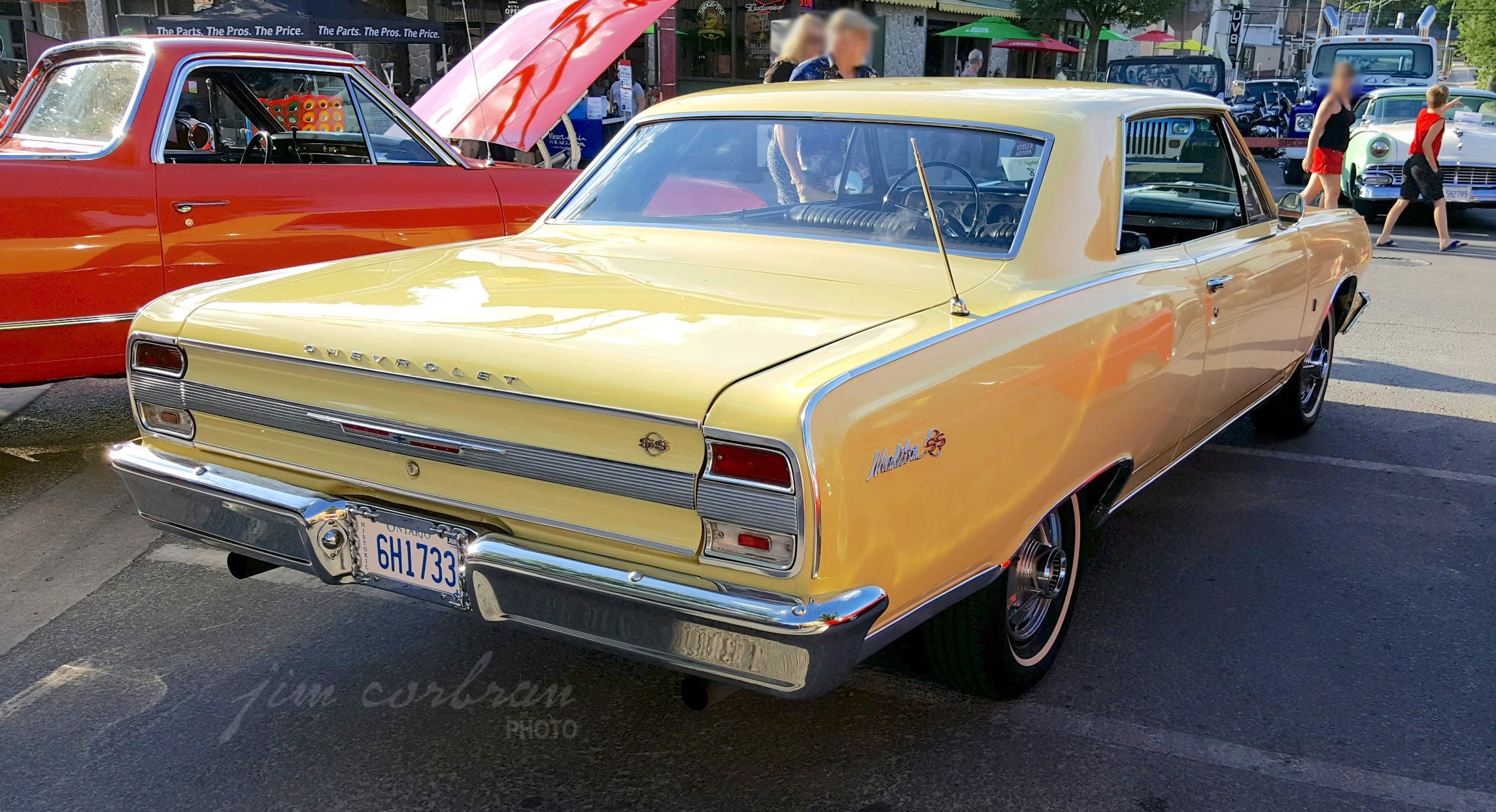 Eagle-eyed readers might notice that these two photos of this 1964 Chevrolet Chevelle Malibu Super Sport were taken on two different days, although if you look even closer you can tell that we were at the same place both times — a Cruising-On-The-Q weekly cruise night on Queen Street in Niagara Falls, Ontario. Not this past summer, of course, as we were never able to cross the border due to pandemic restrictions, but we were there plenty of times in previous summers. These photos are from 2018. The Canadian brochure told us that "...full wheelcovers are standard on Malibu Super Sports." But they weren't the ones seen on today's RealRide — those are from a 1963 Impala (or Nova) SS. Other Canadian buyers wanting something a little different could have headed to their Pontiac dealer and shopped for an Acadian Beaumont Sport Deluxe (the Malibu SS equivalent) like the convertible pictured below. The Tempest wasn’t sold north of the border in ’64, so GM offered this badge-engineered Chevelle as a stand-alone brand to its Pontiac-Buick dealers — which I guess made them Pontiac-Buick-Acadian dealers. 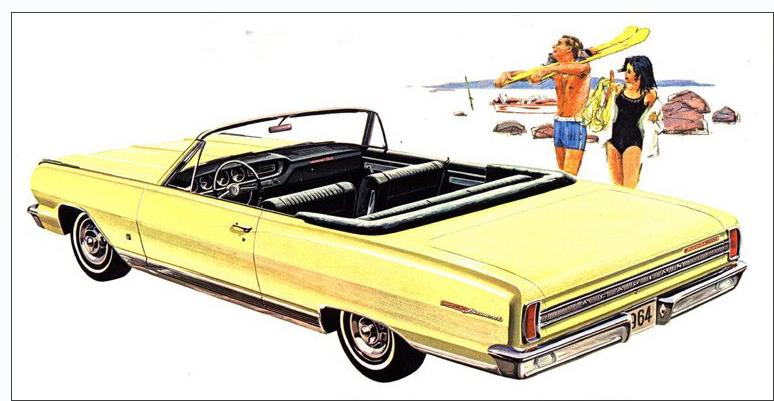