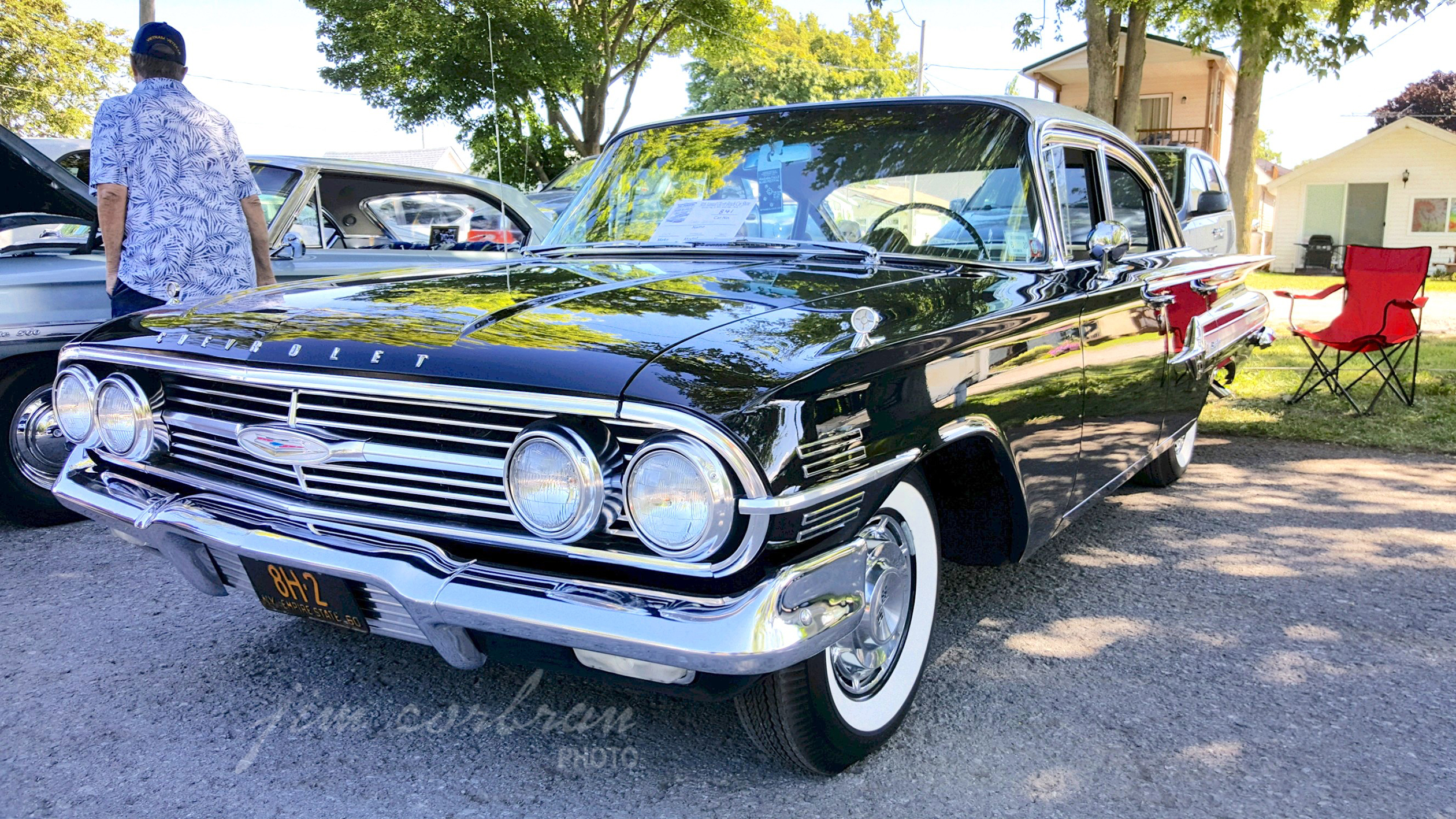 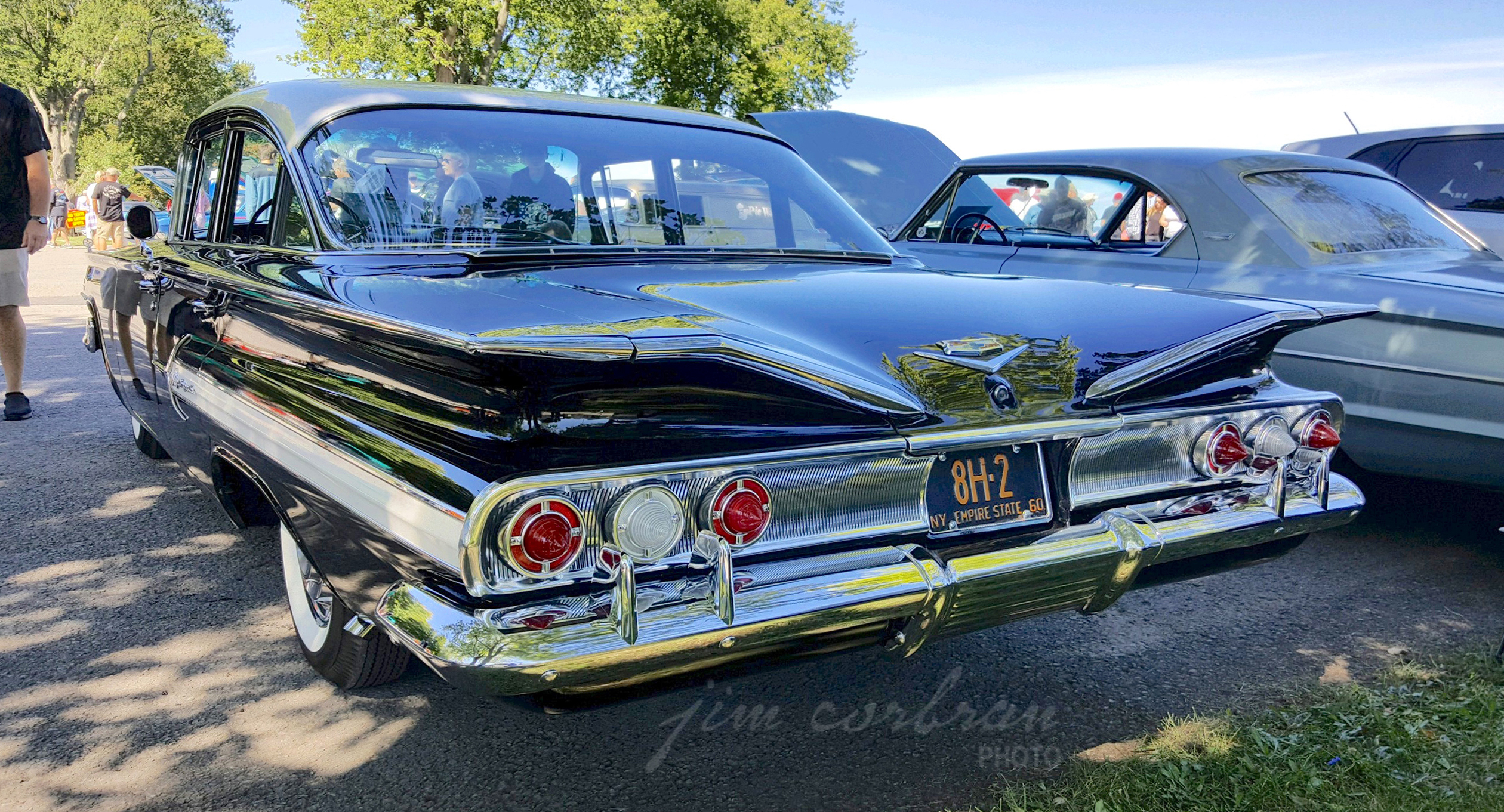 This 1960 Chevrolet Impala is a bit of a departure from what you usually see at a car show/cruise night in that it’s a four-door sedan. I don’t think it’s my imagination that most ’60 Chevys you see these days are hardtops, convertibles, or the super-cheap Biscayne or Bel Air two-door sedans. The 1960 models were a bit of a restyle from the radical 1959 cars, and they marked the return of the round taillights which were introduced for MY 1958. They then continued from 1960 until 1965 — two on each side for Biscayne and Bel Air, and three for Impala. Wagons of course, were the occasional exception to this rule — yes, we’re talking about you, 1964 (below). We spotted today’s RealRide back at the 2019 Olcott Beach Car Show in Olcott.