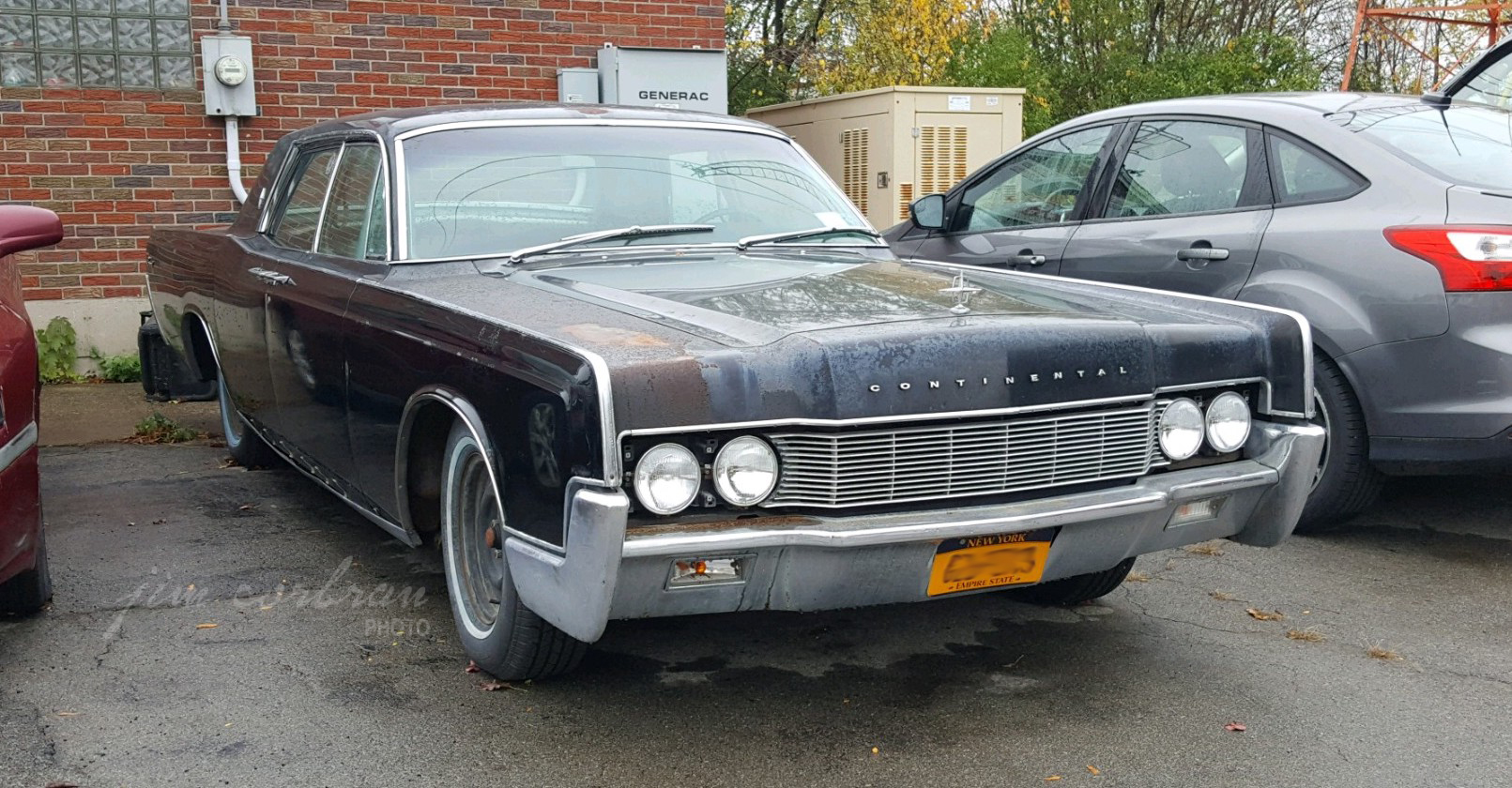 We found this 1967 Lincoln Continental a few weeks ago, appropriately, in a parking lot adjacent to the building which houses one of Buffalo’s oldies radio stations in Cheektowaga. The Continental was all-new for 1966, so the ’67 models had minimal changes — one of them being “…the Continental emblem has been embroidered into a new knit broadcloth Chalfonte fabric.” (bottom photo)  A Google search for “Chalfonte” turned up nothing but references to Lincoln interiors. Also touted in the brochure was “…the new front grille [with] vertical bars crossing the horizontal lines.” Even Lincoln admitted “These can hardly be called major changes; but then, that’s not what we had in mind.” Indeed. 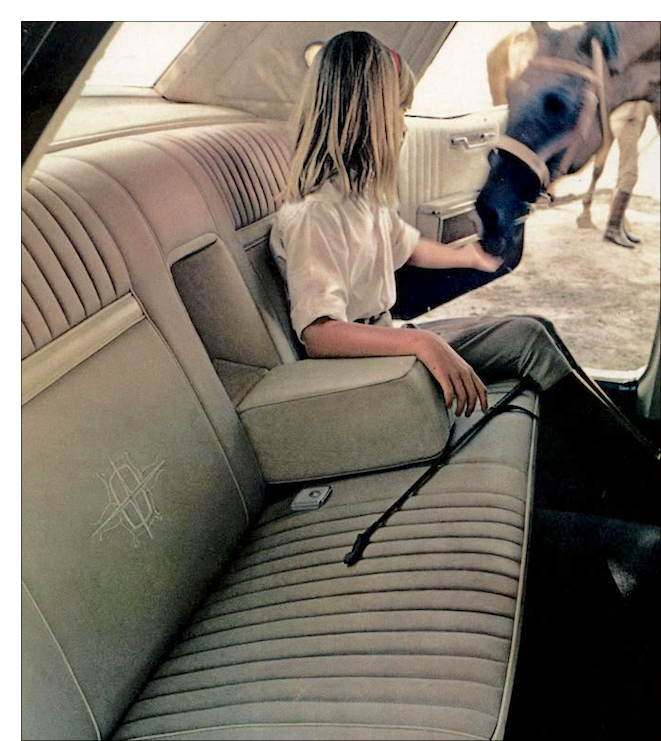