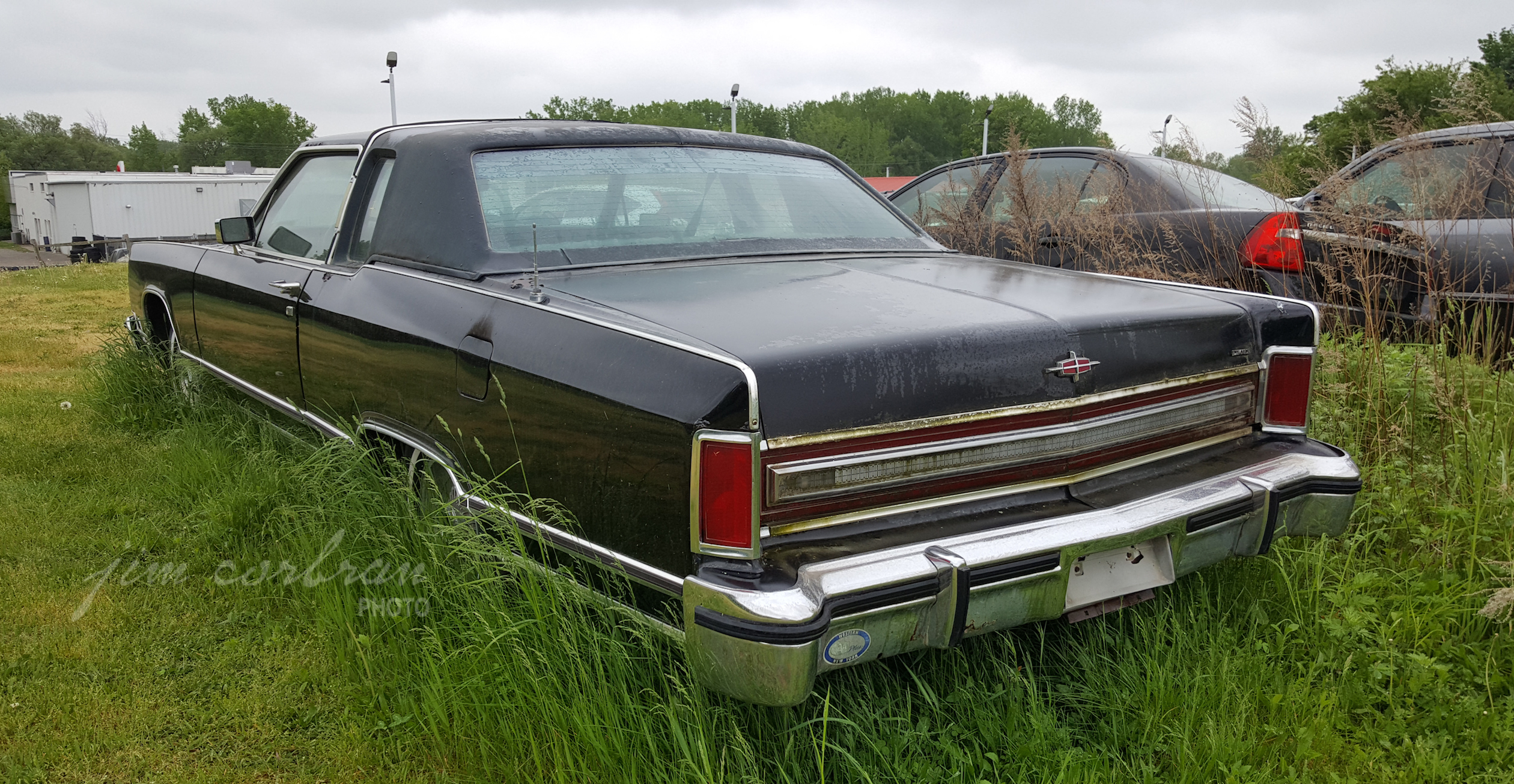 This 1978 Lincoln Continental Coupé is the entry-level Lincoln, if you will. Oddly, it was two- to three-grand cheaper than the compact/mid-size Versailles, which was largely based on Ford’s Granada. Those wishing not to appear too cheap could move up to the Lincoln Continental Town Car (four-door) or Town Coupé. They were very similar on the outside other than some trim bits, but of course the Town models had much swankier interiors, as well as a “…carpeted luggage compartment with spare tire curtain,” coach lamps, and a full vinyl roof. We found this one resting behind an import car dealer in Batavia over the summer.