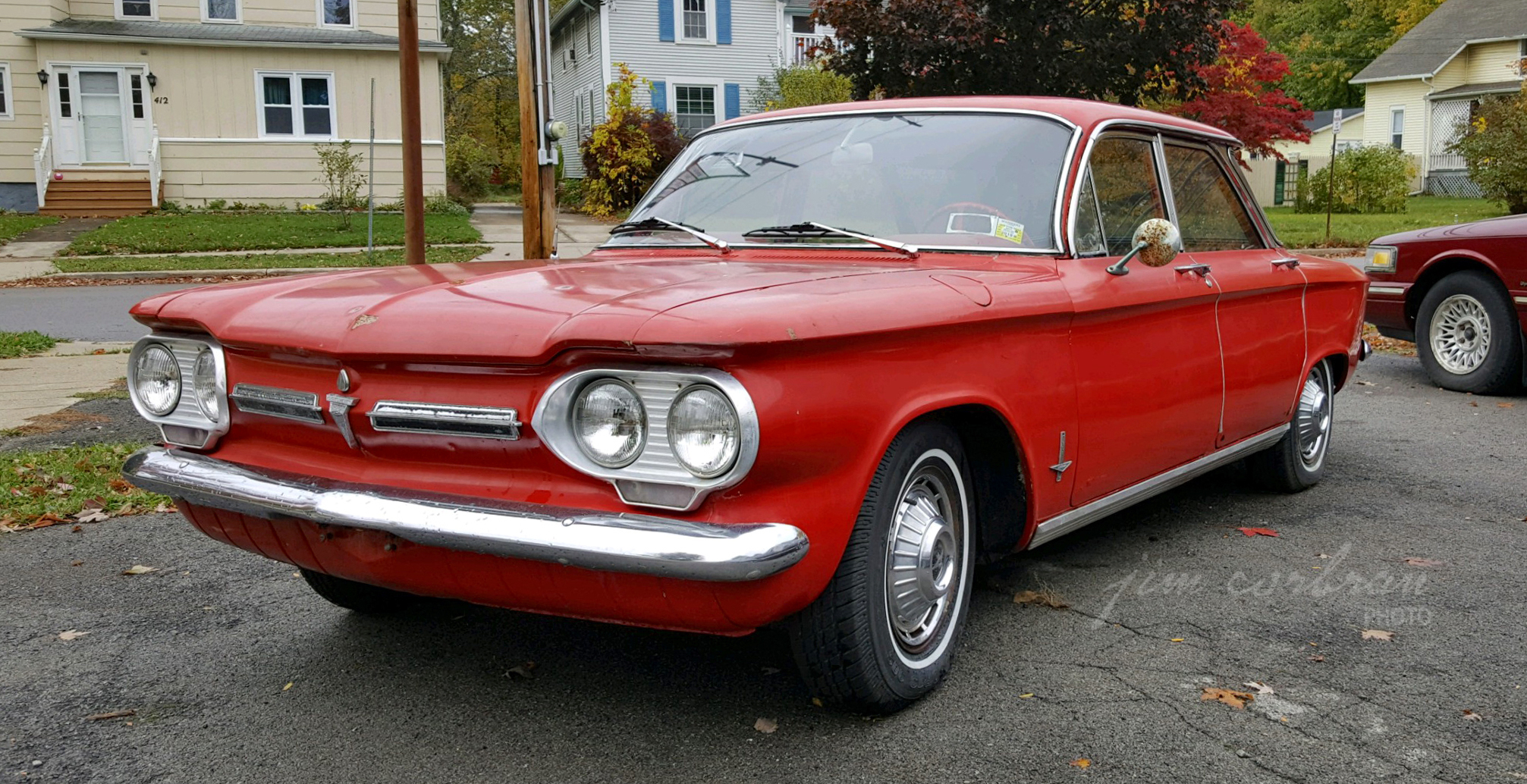 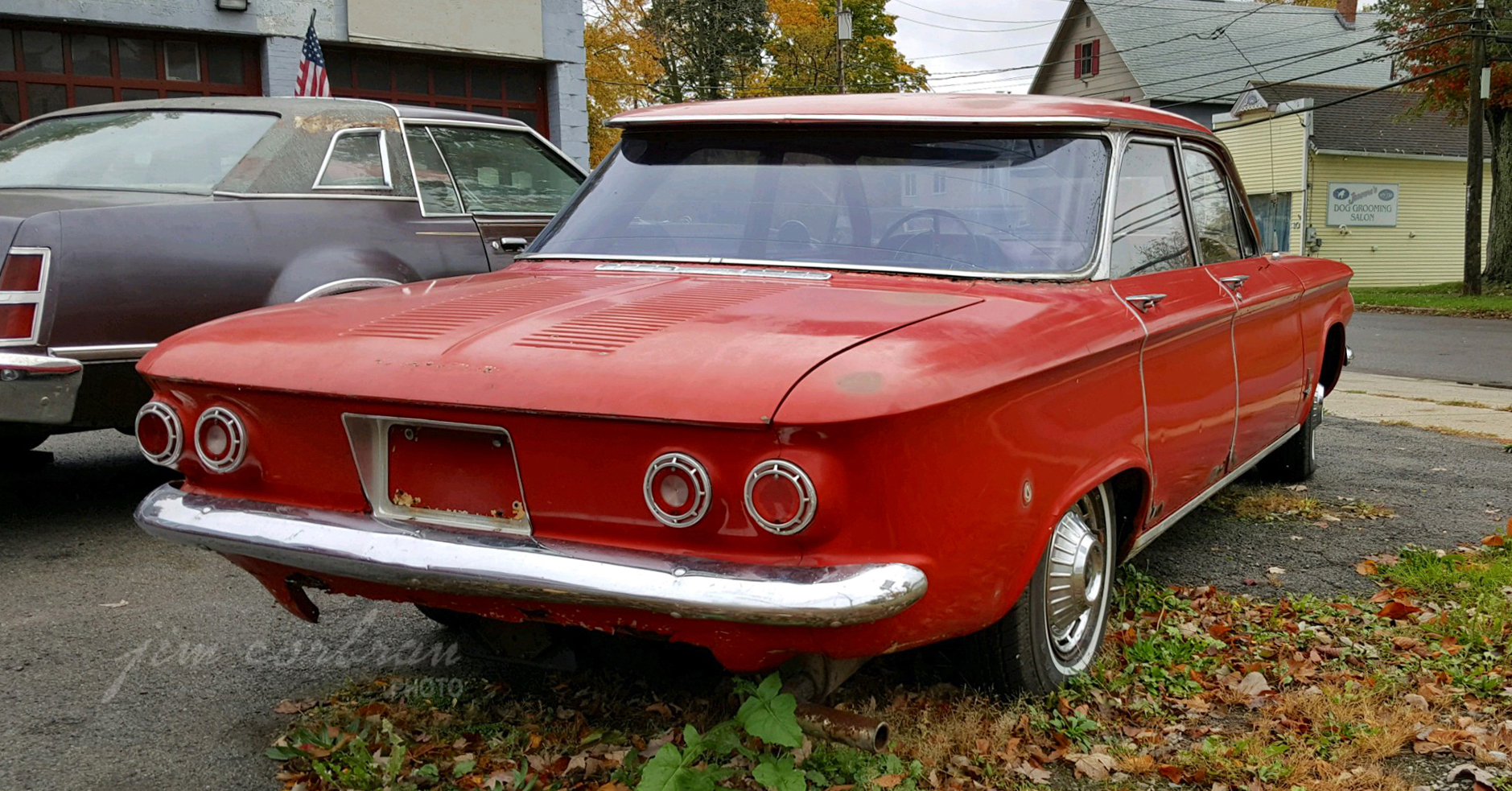 This 1962 Chevrolet Corvair Monza four-door flattop is my favorite body style of the first-generation of Chevy’s rear-engine import fighter. It was the only one of GM’s compacts to feature this roof style which was widely used on the full-sized cars in all of GM’s brands for 1959-60. The Monza was the top-of-the-line for the ’62 Corvair, available in two- and four-door sedans (the two-door was actually marketed as a Club Coupe), as well as a convertible (Corvair’s first) and a four-door station wagon (previously called Lakewood). There were also two Monza Spyders which had a 150-hp turbocharged engine under the rear decklid. The Enclycopedia of American Cars calls the Spyder “…the next best thing to a Porsche.” We found today’s RealRide a couple of months ago in North Tonawanda.