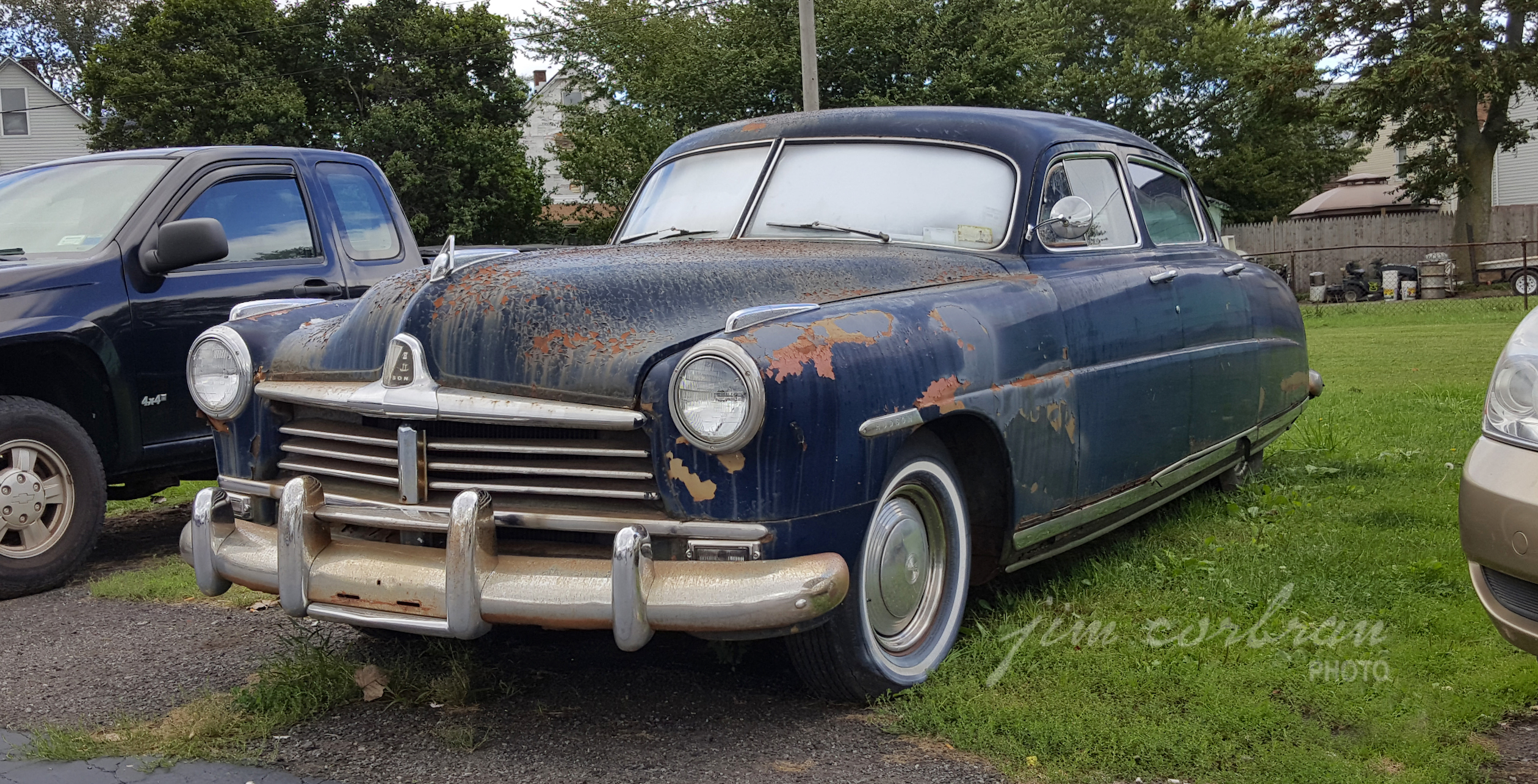 You’re probably wondering what’s going on with the windshield of this 1948-49 Hudson (the two model years were identical save for the VINs). Well, the guy inside the Buffalo garage where it was parked outside of when we first saw it on a Slow Roll bicycle ride this past summer told us that he’d planned on putting a set of eyes in there to mimic Doc Hudson, one of the characters in the 2006 Pixar movie Cars (seen below). As you can see, the eyes are still a no-go, but, the car is pretty close to being the right color, so it would probably make for an interesting conversation piece. Some day.

Got a RealRide you'd like to see featured here?
Drop us a line at realrides@buffnews.c