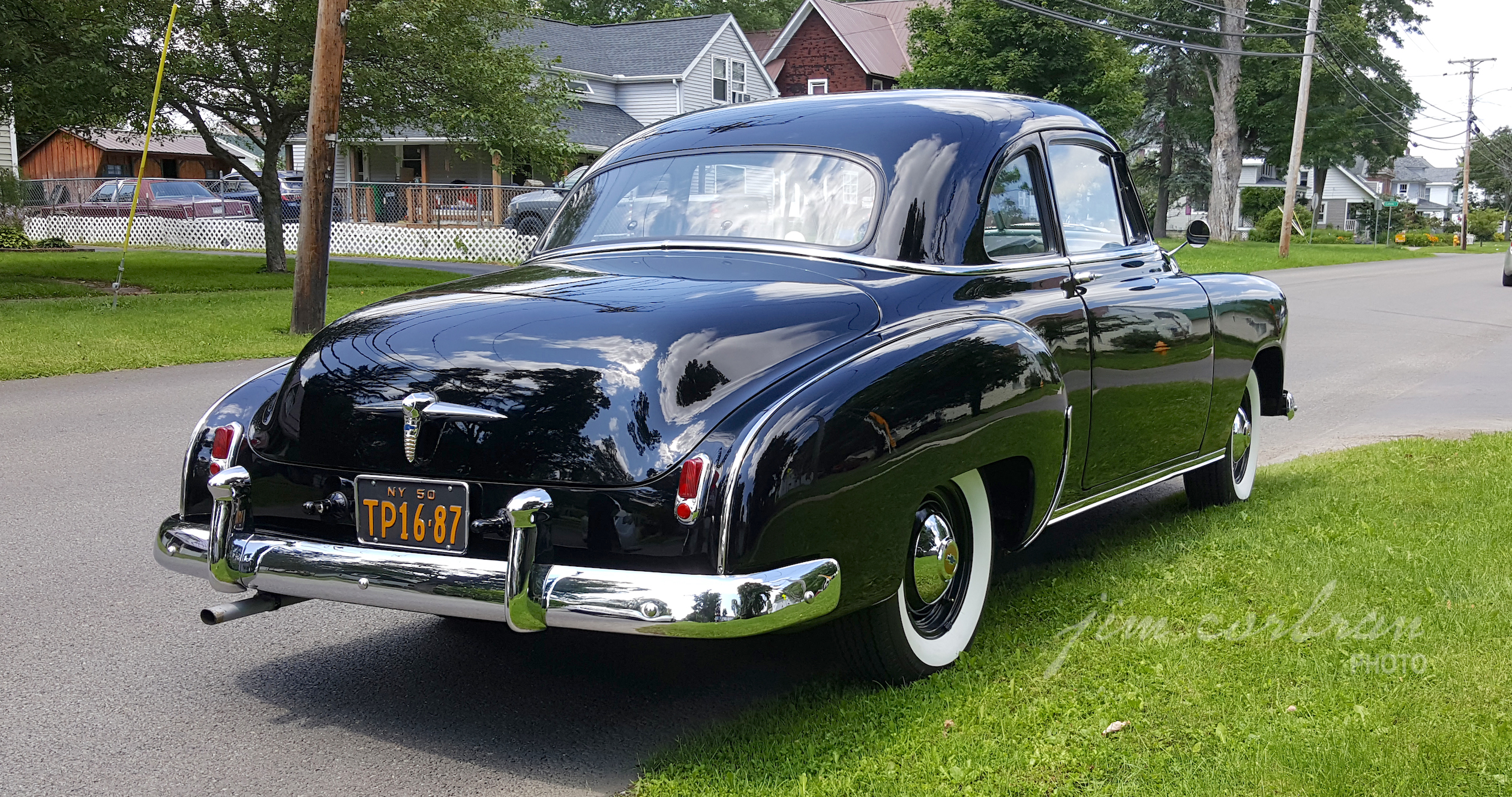 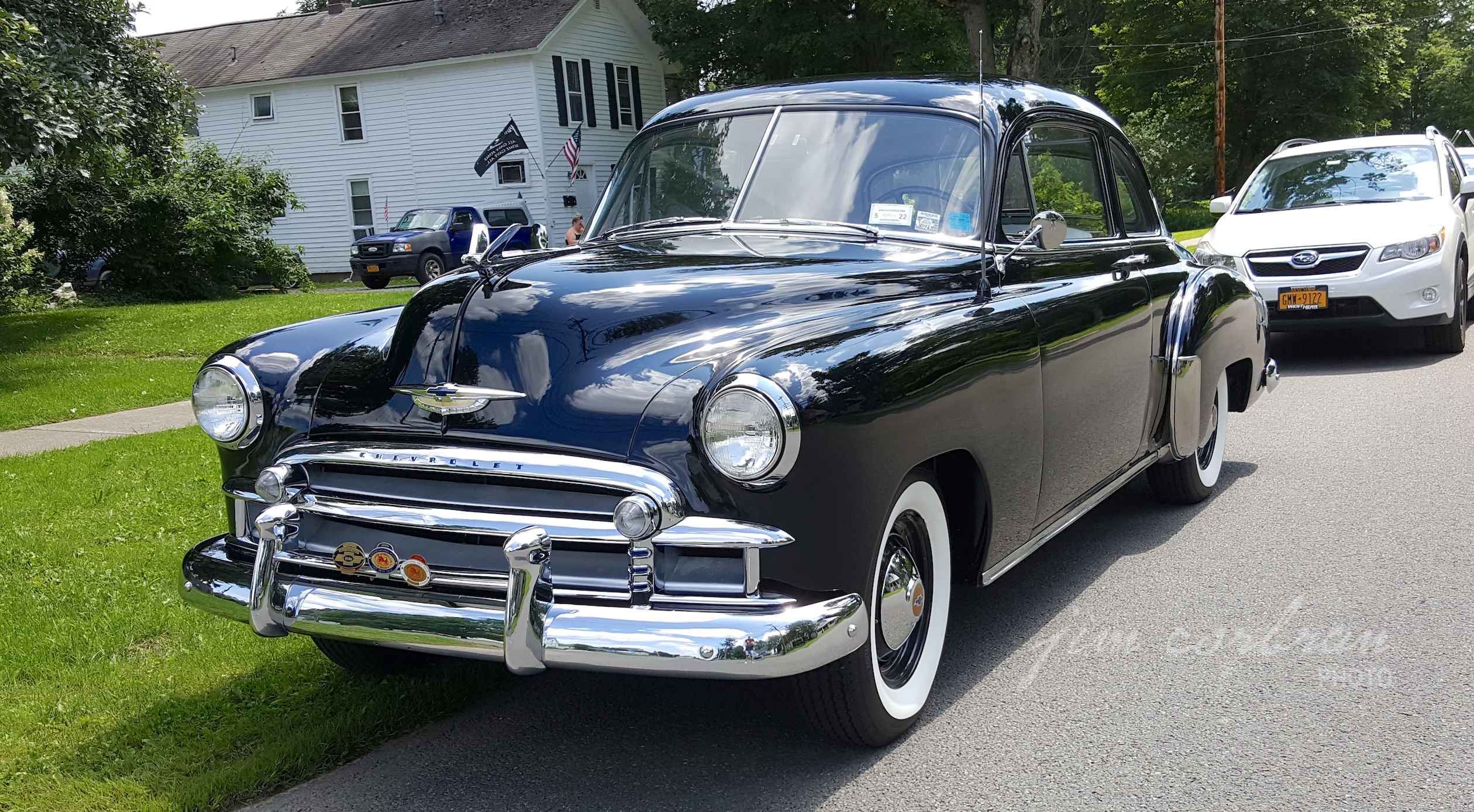 The roofline on this 1950 Chevrolet Styline Special Sport Coupe is one of four different profiles offered that year on Chevy’s two door models (five if you count the convertible). Also available were the sedan (notchbacked Styline and fastback Fleetline), and the two-door hardtop in the Bel Air series. (See the four closed versions below.) The roofline on these sport coupes is the most close-coupled of them all, and is shared with the business coupe which didn’t have a back seat. The Styline Special Sport Coupe was a mere $25 cheaper than the Styline Special two-door sedan, and personally I can’t imagine why for that money that anybody’d want the car with less rear headroom (and more claustrophobia), unless they just liked the way it looked (or only carried kids or dogs back there, lol). We found this one over the summer in Springville.