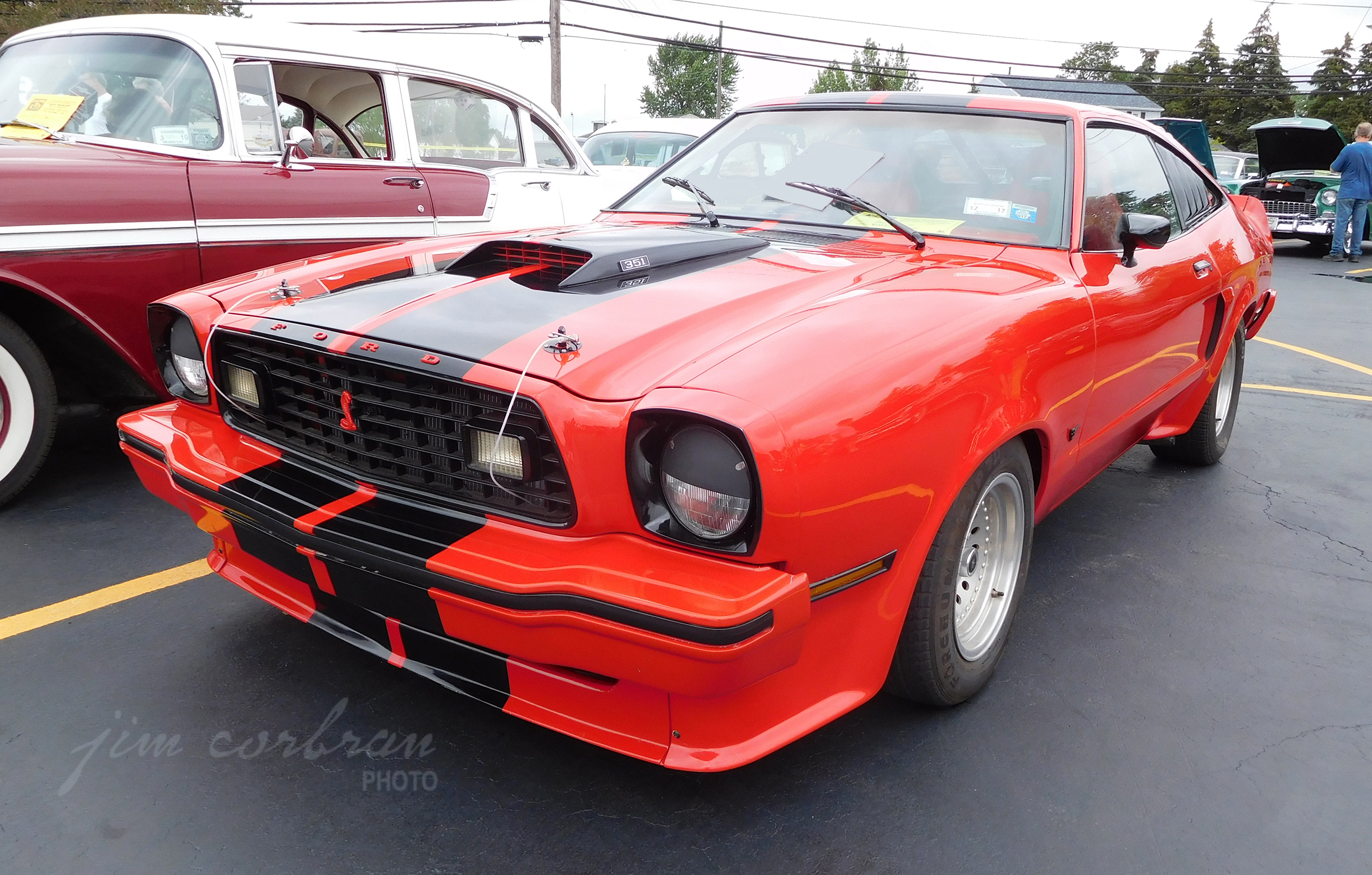 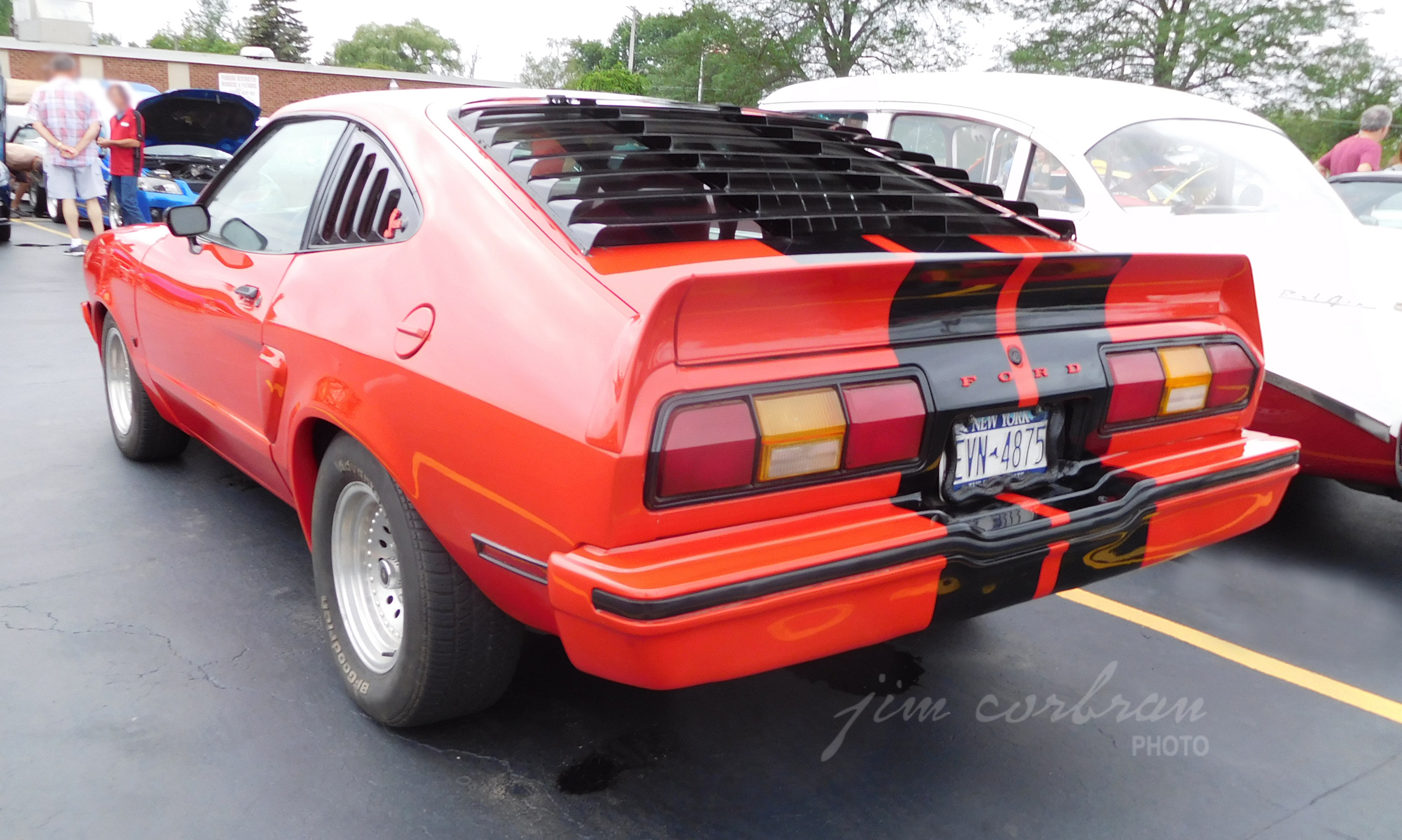 We made mention earlier this week of Ford’s Pinto-based pony cars, so why not feature one here — a 1978 Ford Mustang Cobra II. Well, at least that’s what it started out as back in 1978. When we ran across it at the 2017 Polish Falcons Super Cruise in Depew, it was sporting a sign which described it as a King Cobra clone. King Cobras came with an array of spoilers and chassis upgrades as well as a standard 302cid V8. Today’s RealRide has gone that one better with a 351 Windsor 4-bbl V8 out of a 1984 F-150, rated at 430 hp. See the full list of modifications at the bottom of the page. 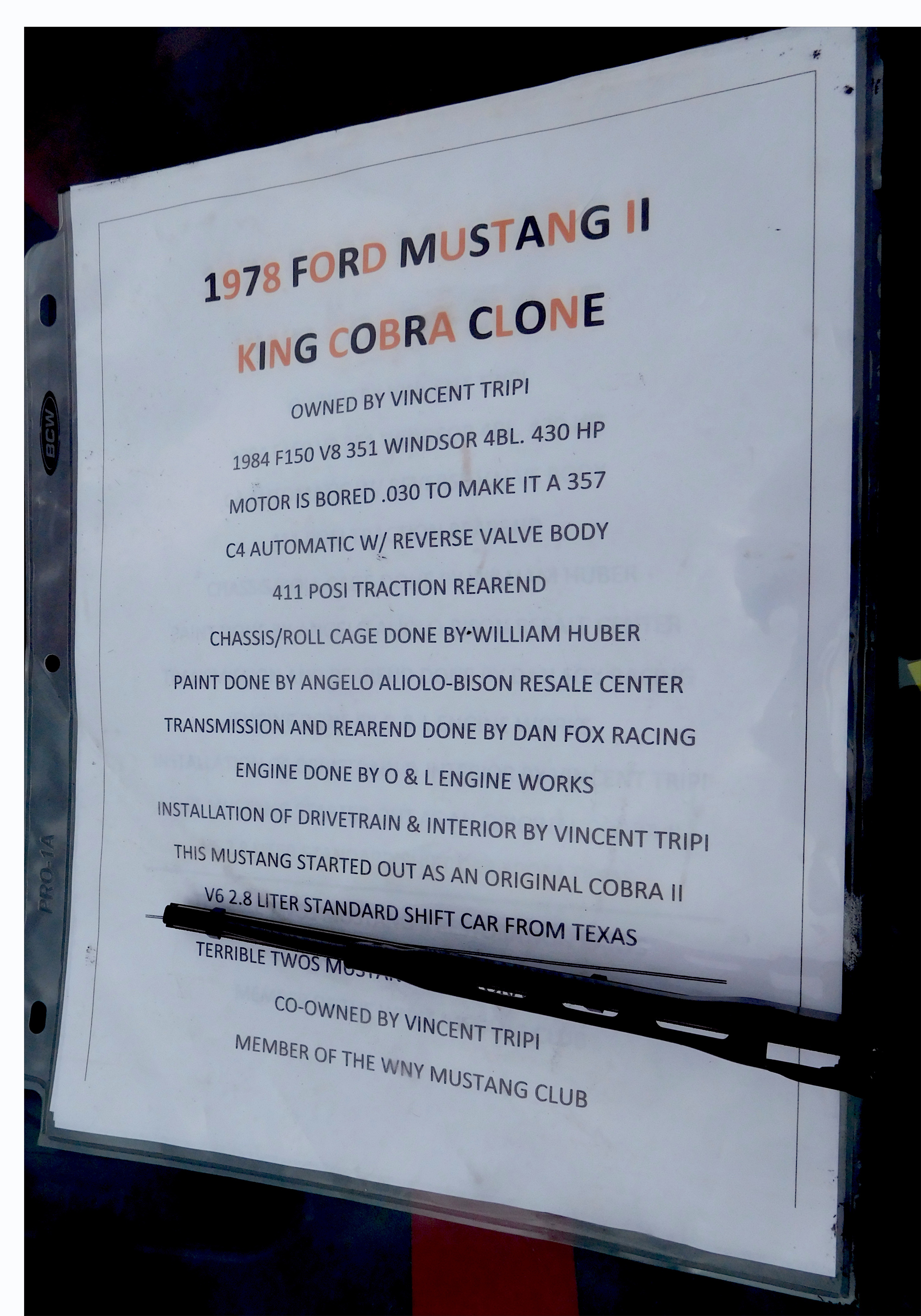