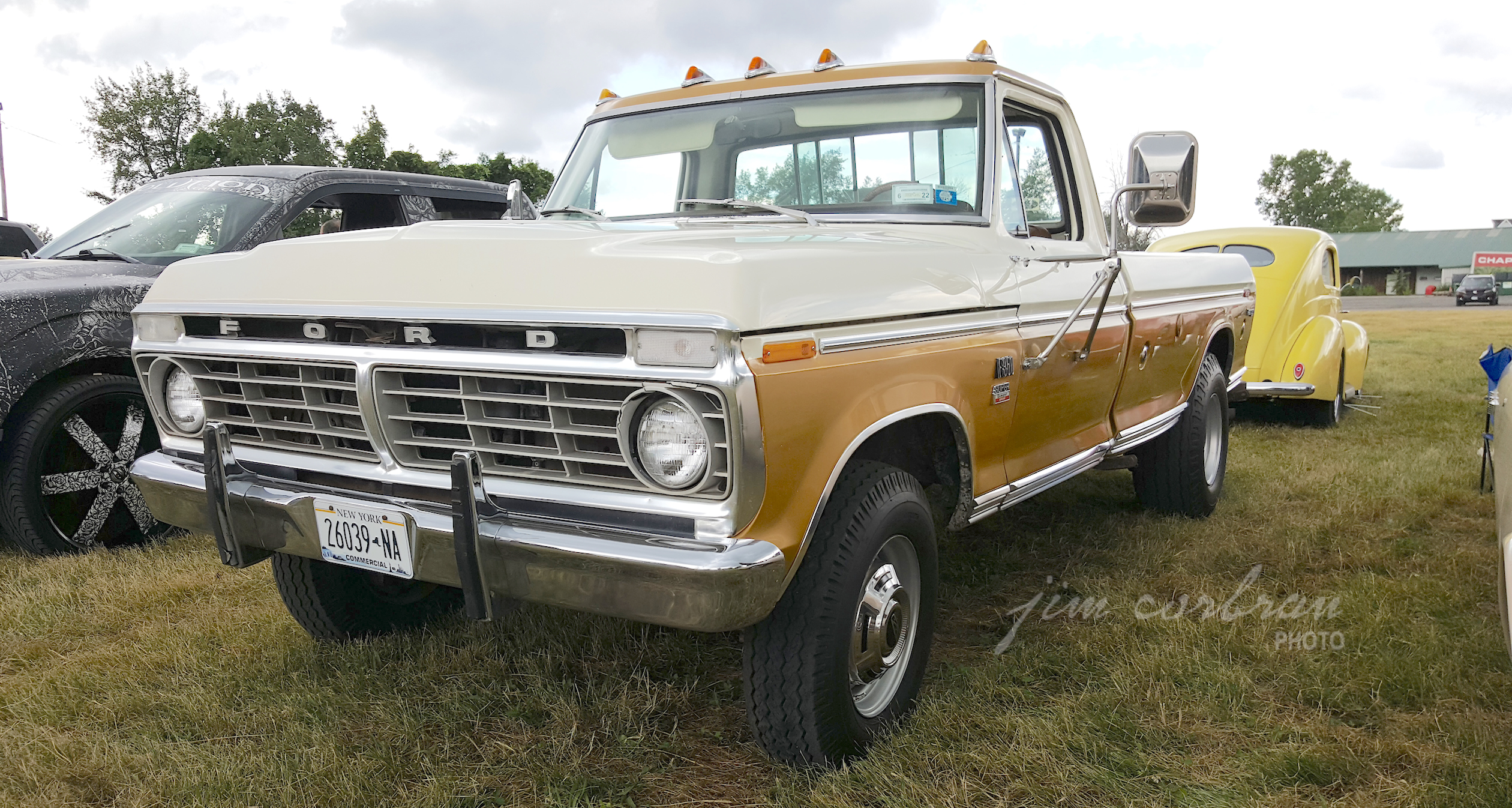 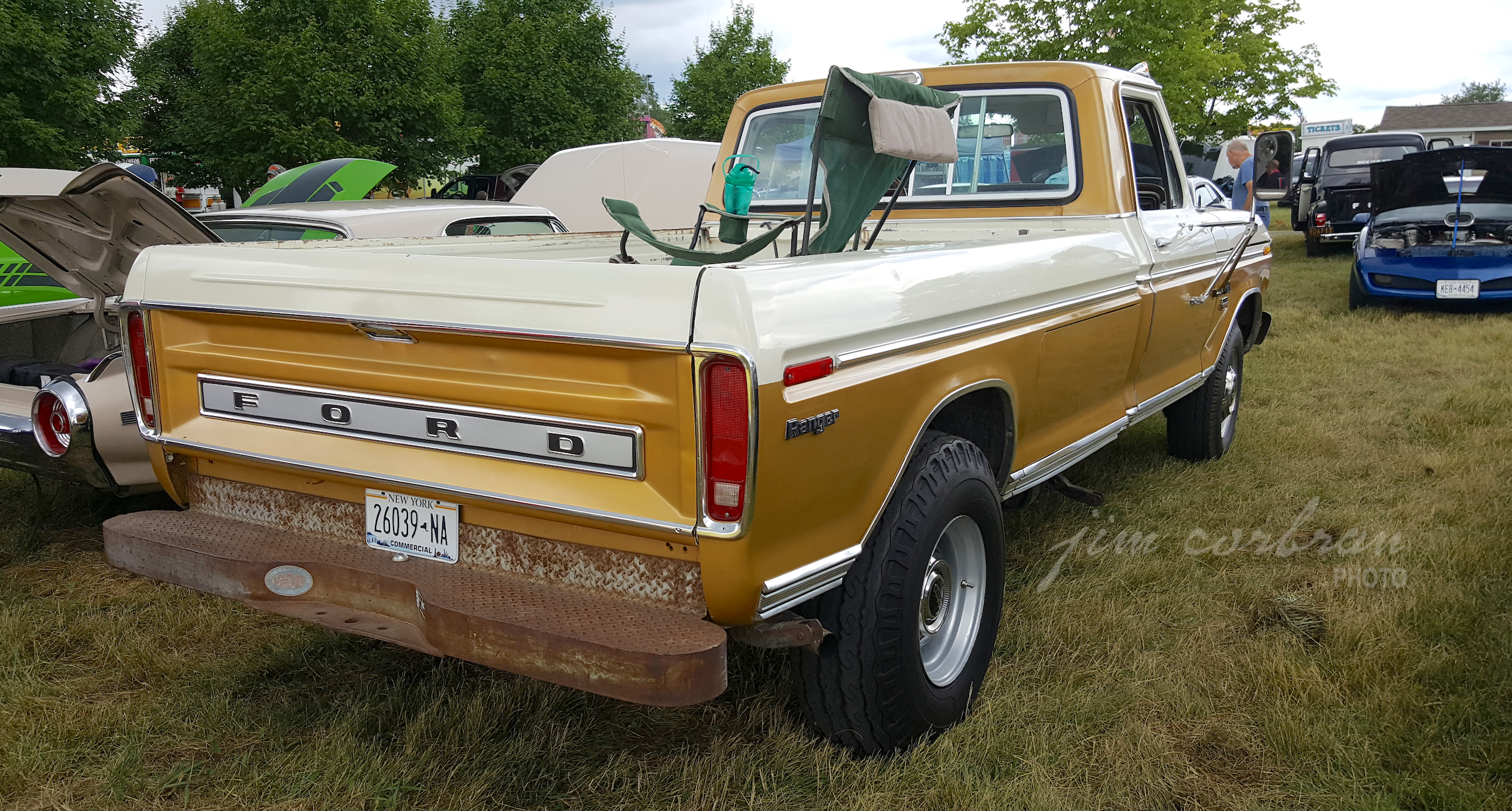 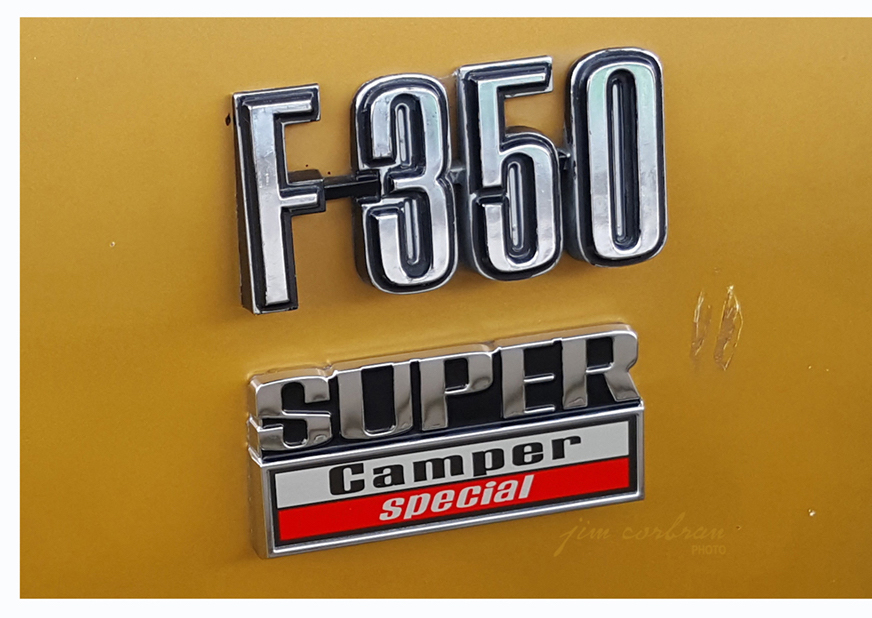 I was just about to write that I’m not sure how the sales figures for
this 1974 Ford F-350 Ranger Styleside pickup would compare to the more popular F-150 when I remembered that I could probably just... lookit up on the internet. According to fordification.net, Ford sold 9,929 of the Styleside F-350, which was Ford’s one-ton pickup, compared to a whopping 389,407 of the rear-wheel-drive F-150 Styleside half-tons. This F-350 has the Super Camper Special package, which included a 140-inch wheelbase that allowed for slide-in campers 12 feet long, along with a set of “super single” rear rubber (12.00x16.5) which negated the need for dual rear tires. The package also included a 360cid V8 and SelectShift Cruise-O-Matic transmission. The spare tire is located behind the door on the right side just ahead of the rear wheel. We saw this one over the summer at the Supershow at the Great Pumpkin Farm in Clarence. 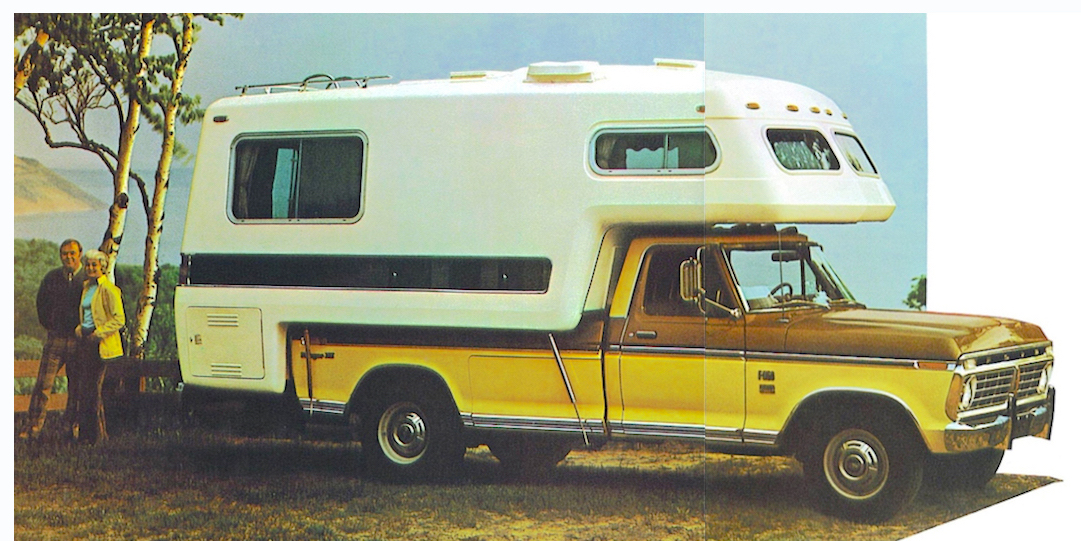