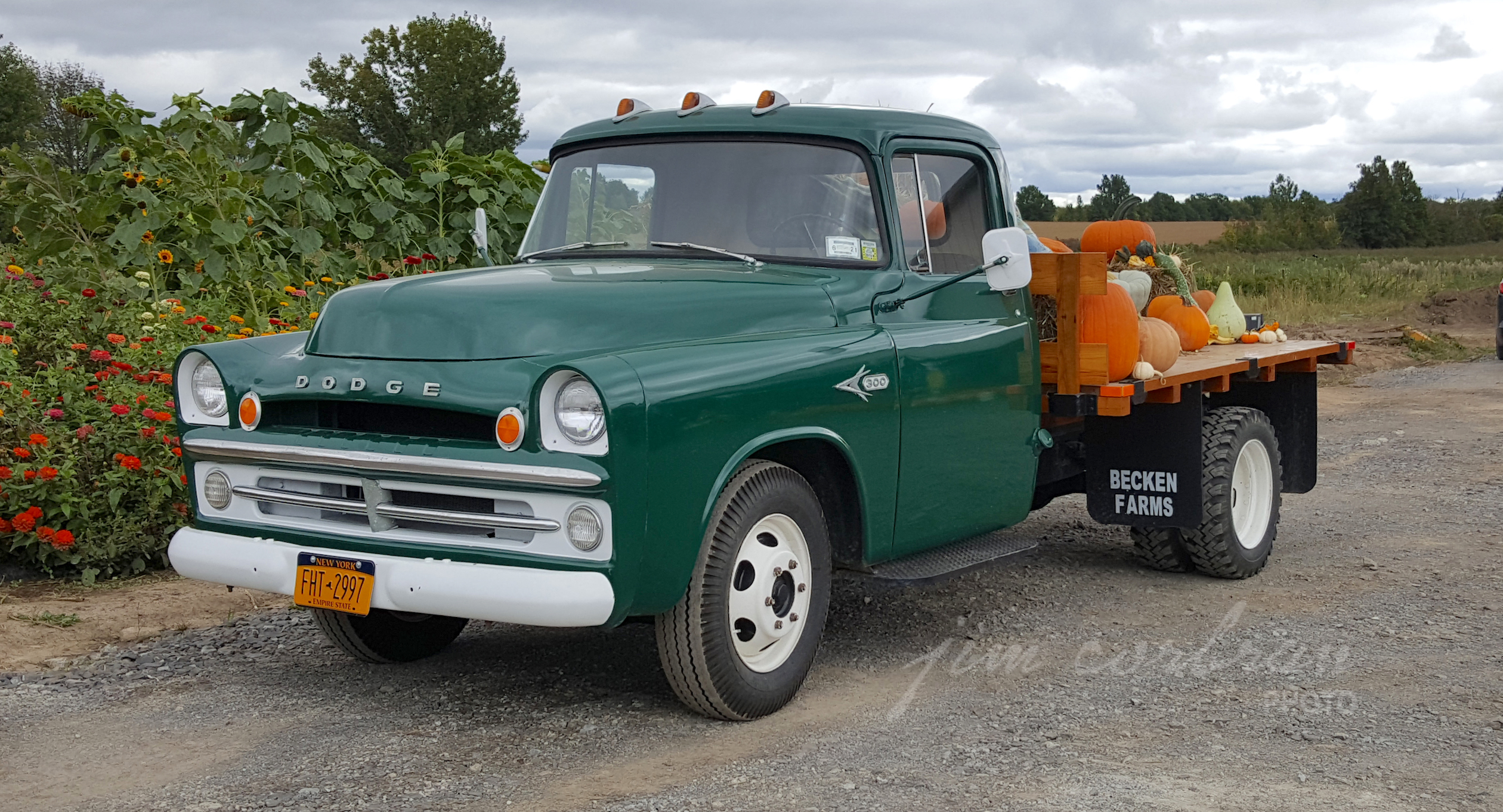 Versions of this 1957 Dodge 300 which were equipped with Chrysler’s Red Ram hemi V8 engine were referred to in print as Power Giants. They also had a Vee emblem above the grille as seen below on the brochure cover, so we’ll assume that today’s RealRide, seen last month in Cambria, has the 3.8L flathead I6 under its hood. These C-series trucks were introduced in 1954, and their styling brought them into line with offerings from the competition at Ford, General Motors, and International Harvester. 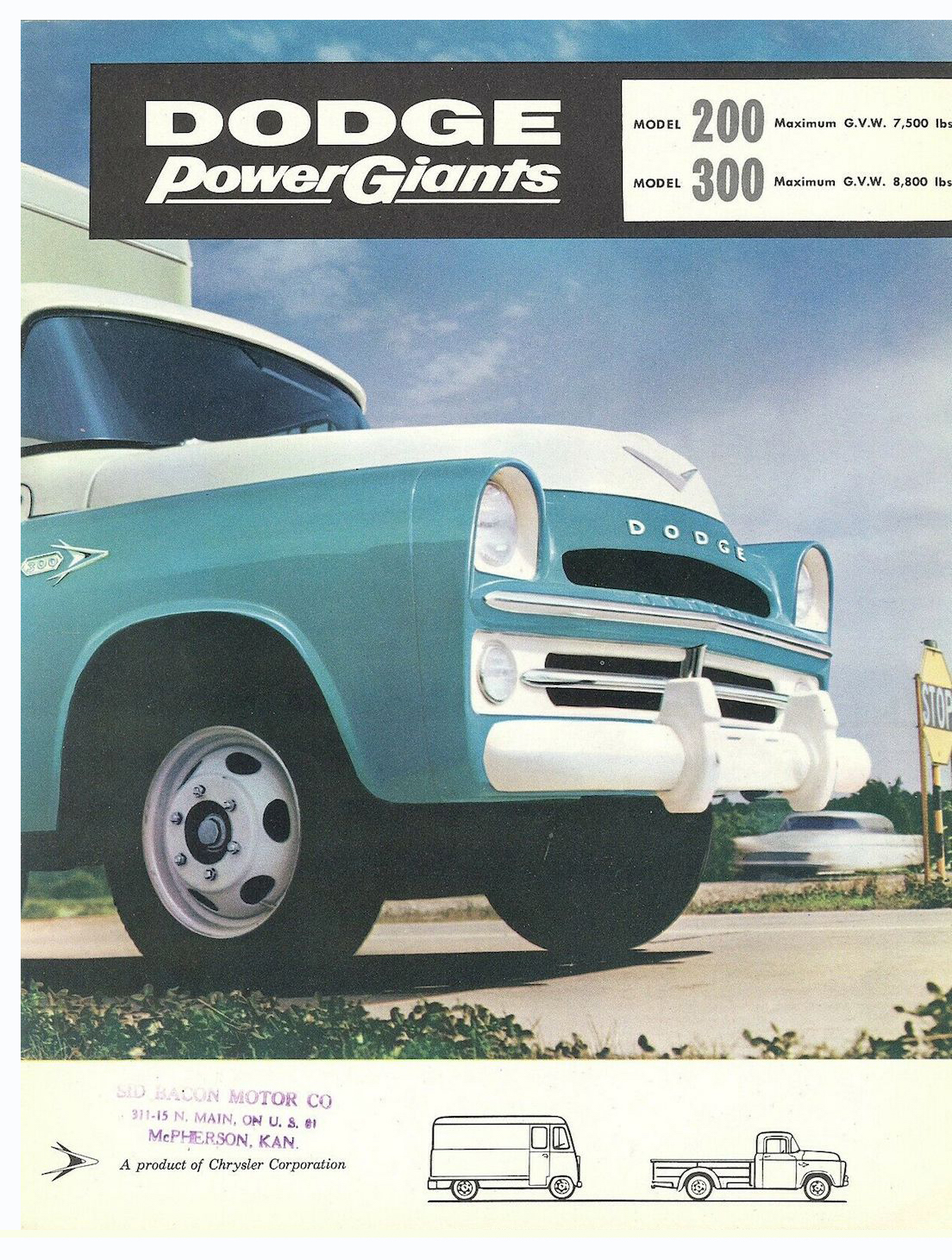