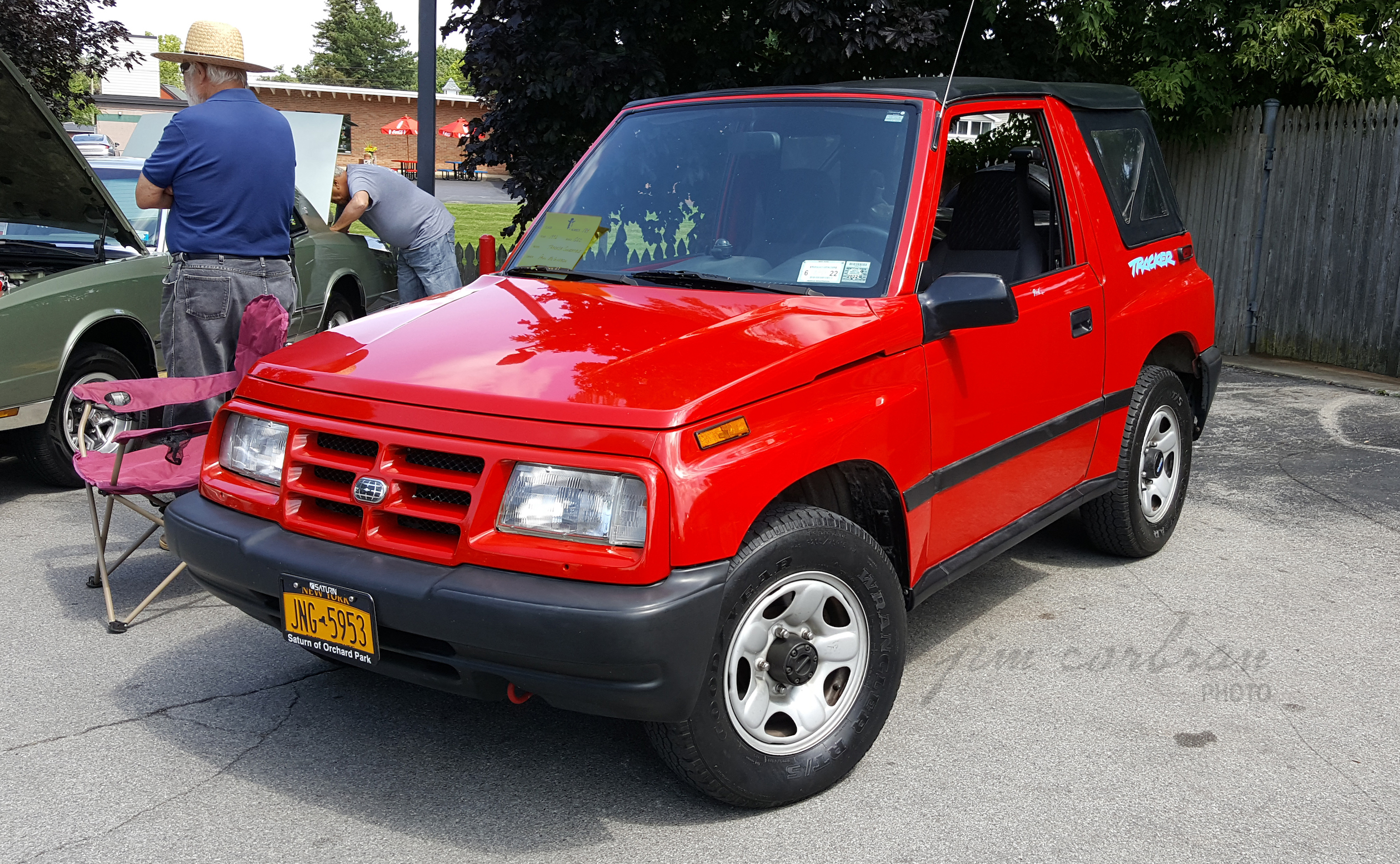 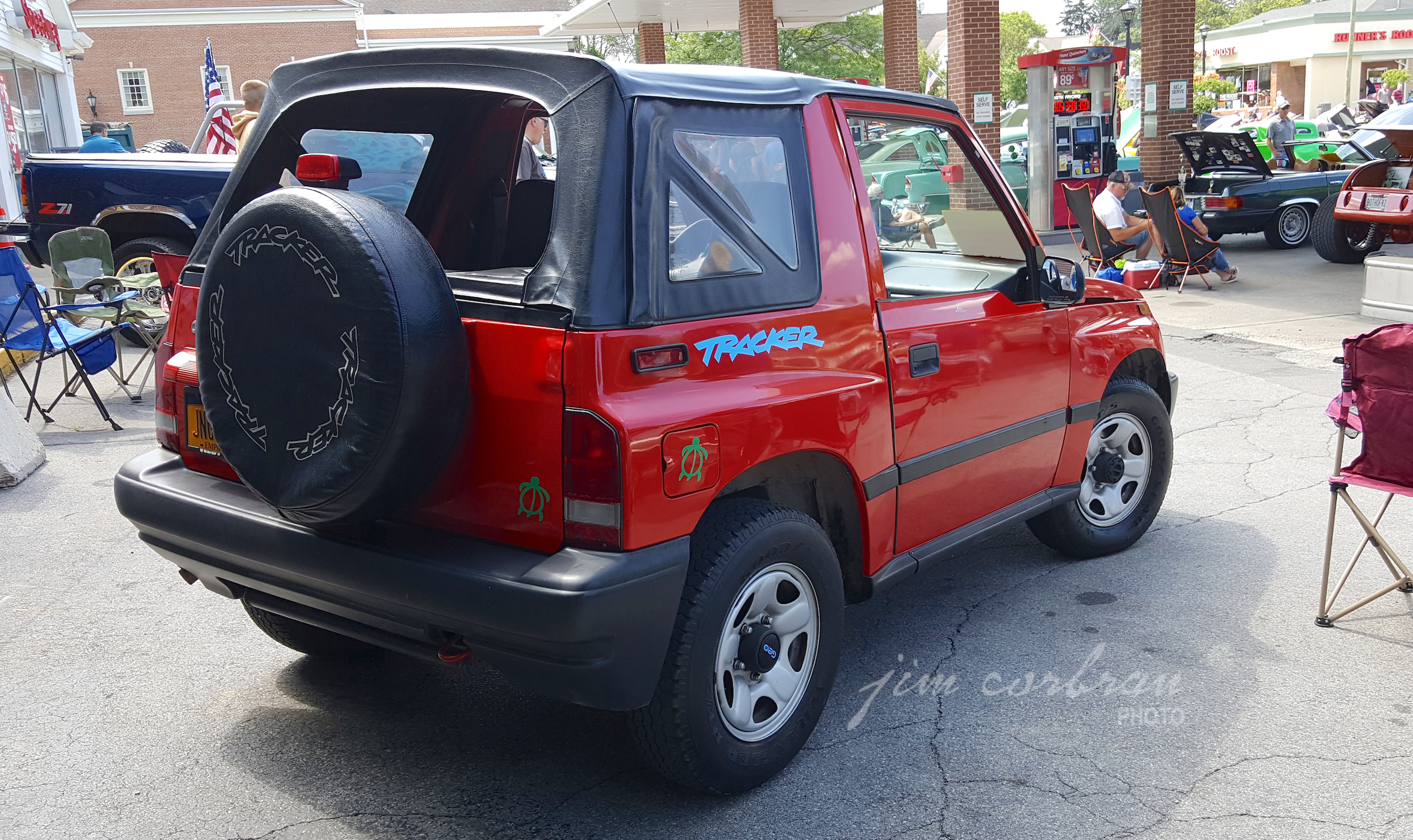 Coming across this 1996 Geo Tracker convertible marked the first time I can remember seeing a Geo at a cruise night/car show. We saw it at this summer’s Quaker Days Car Show in Orchard Park, where the owner told us that it’s never seen a winter, which would explain its appearance. Also sold as the Suzuki Sidekick, the Tracker was a four-wheel-drive mini SUV which was largely produced by CAMI Automotive in Ingersoll, Ontario (a joint venture between General Motors and Suzuki), and sold in the U.S. at Chevrolet dealers. A rear-wheel-drive two-door convertible was also eventually added to the mix. Starting with MY 1998, the Geo name was discontinued and all subsequent vehicles were badged as Chevrolets.