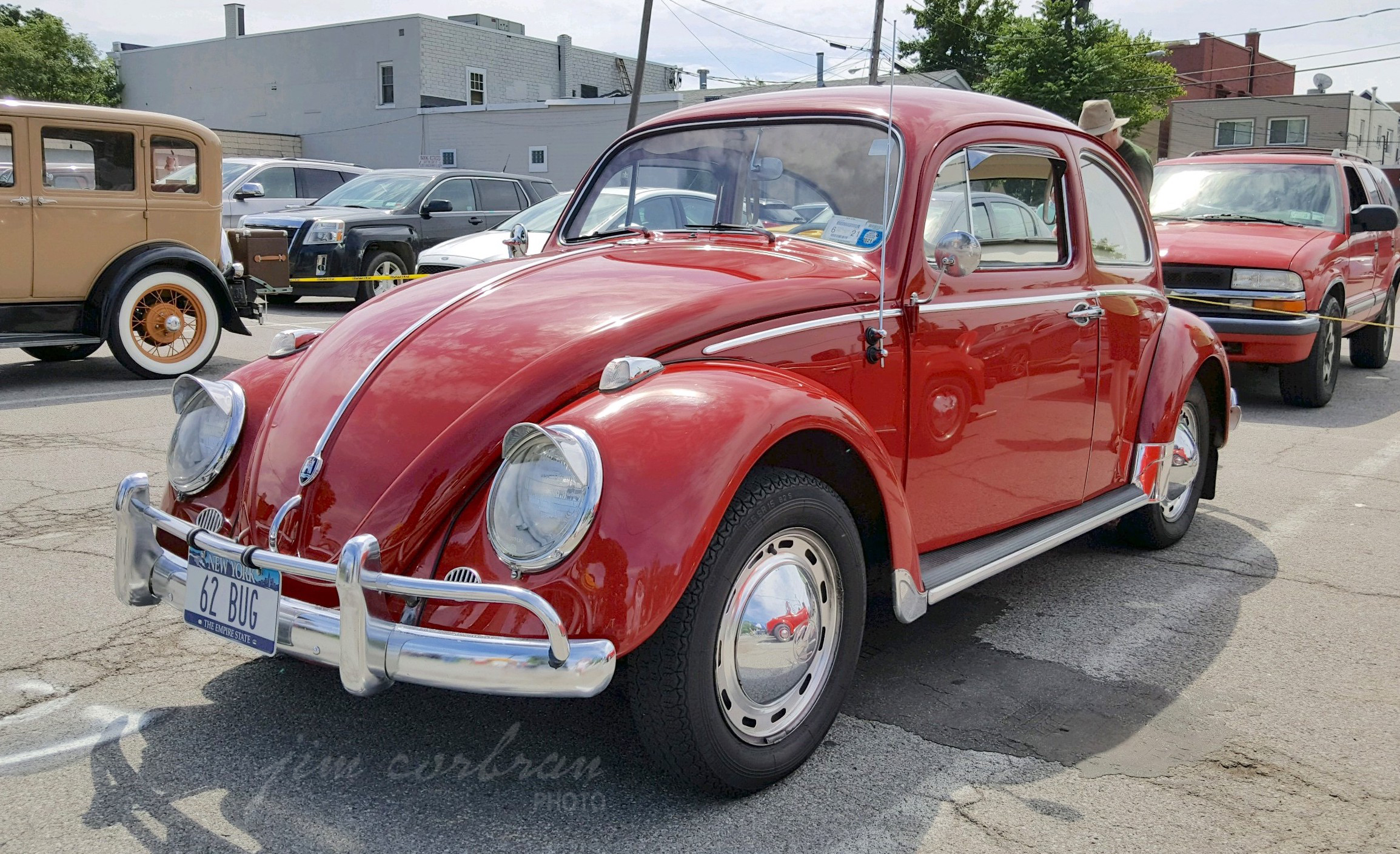 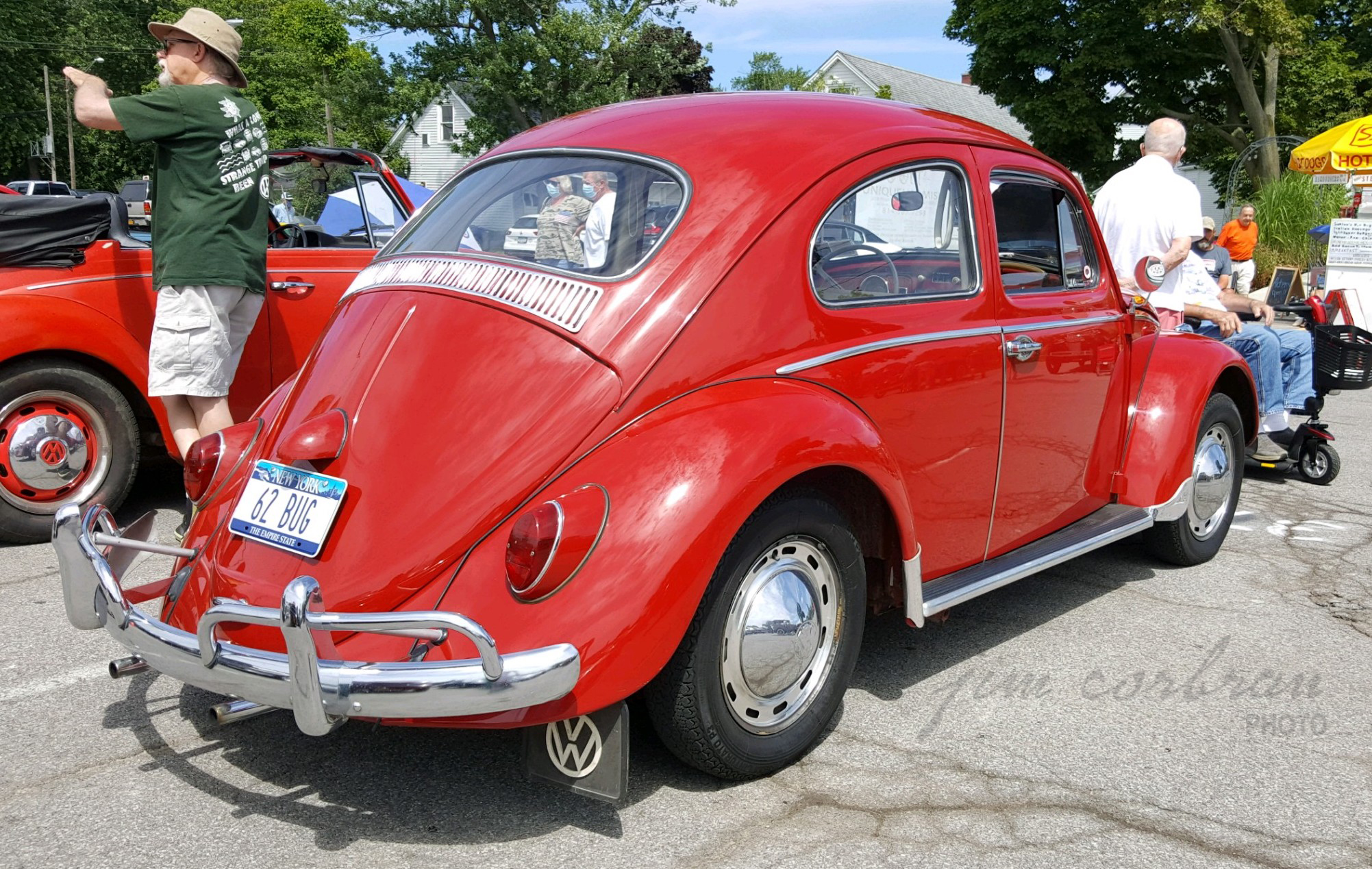 Often times running across these things at car shows/cruise nights, I (and I imagine many others) find myself asking the owner “What year is it?” (the car, not the actual year, Lol) The vanity plates on this 1962 Volkswagen sedan suggest that maybe its owner got tired of answering the same question over and over. Improvements and changes to the VW Sedan (a.k.a Beetle/Bug) were usually not evident at a glance, and MY 1962 was no exception, such as (among others): spring-loaded hood; check rods on both doors; and an improved seat adjustment system. Others were a little more obvious: additional sun visor; gas gauge added; and larger brake lights and turn indicators. Today’s Poppy Red RealRide was seen over the summer at a Ford Model A show in the Village of Hamburg. 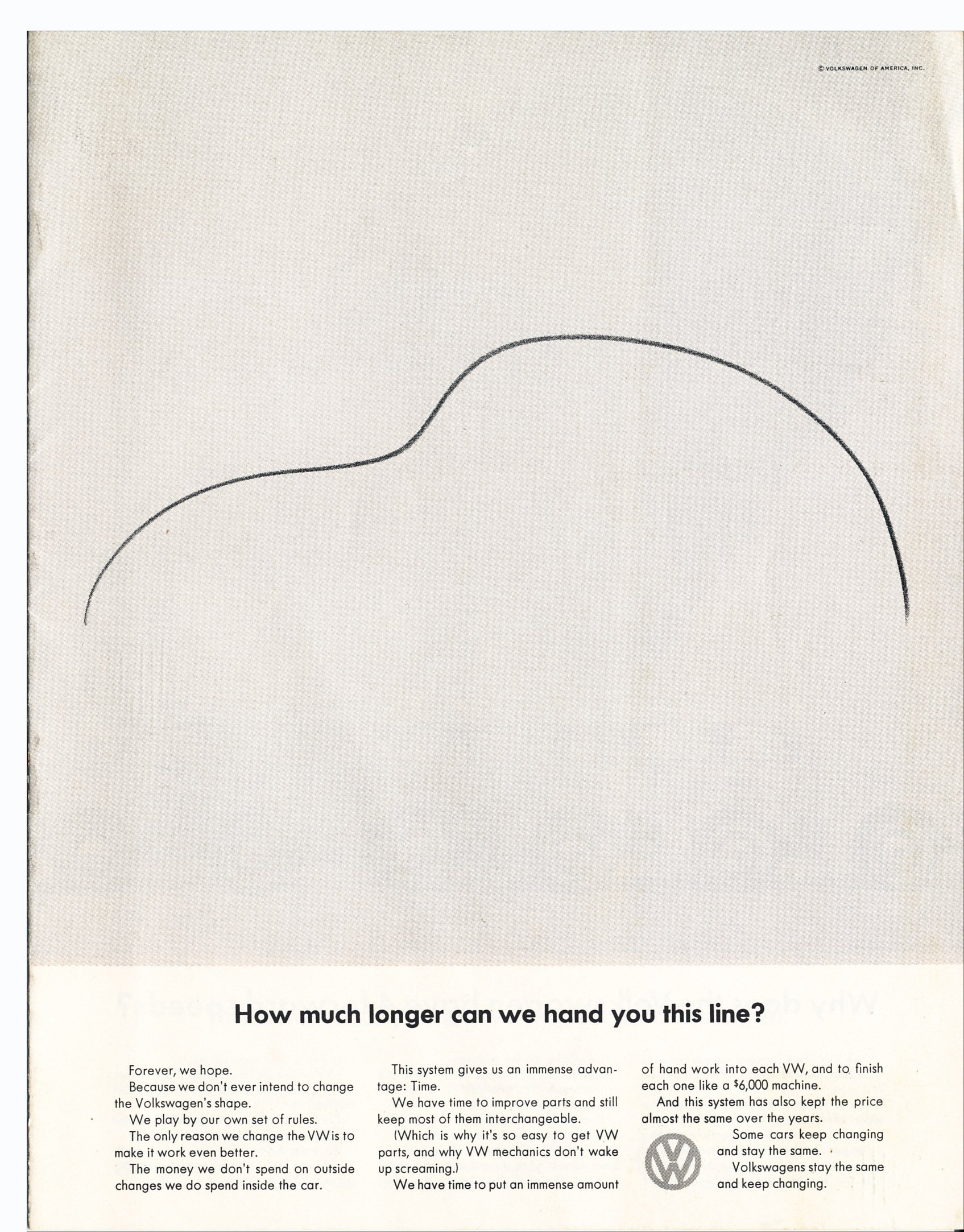