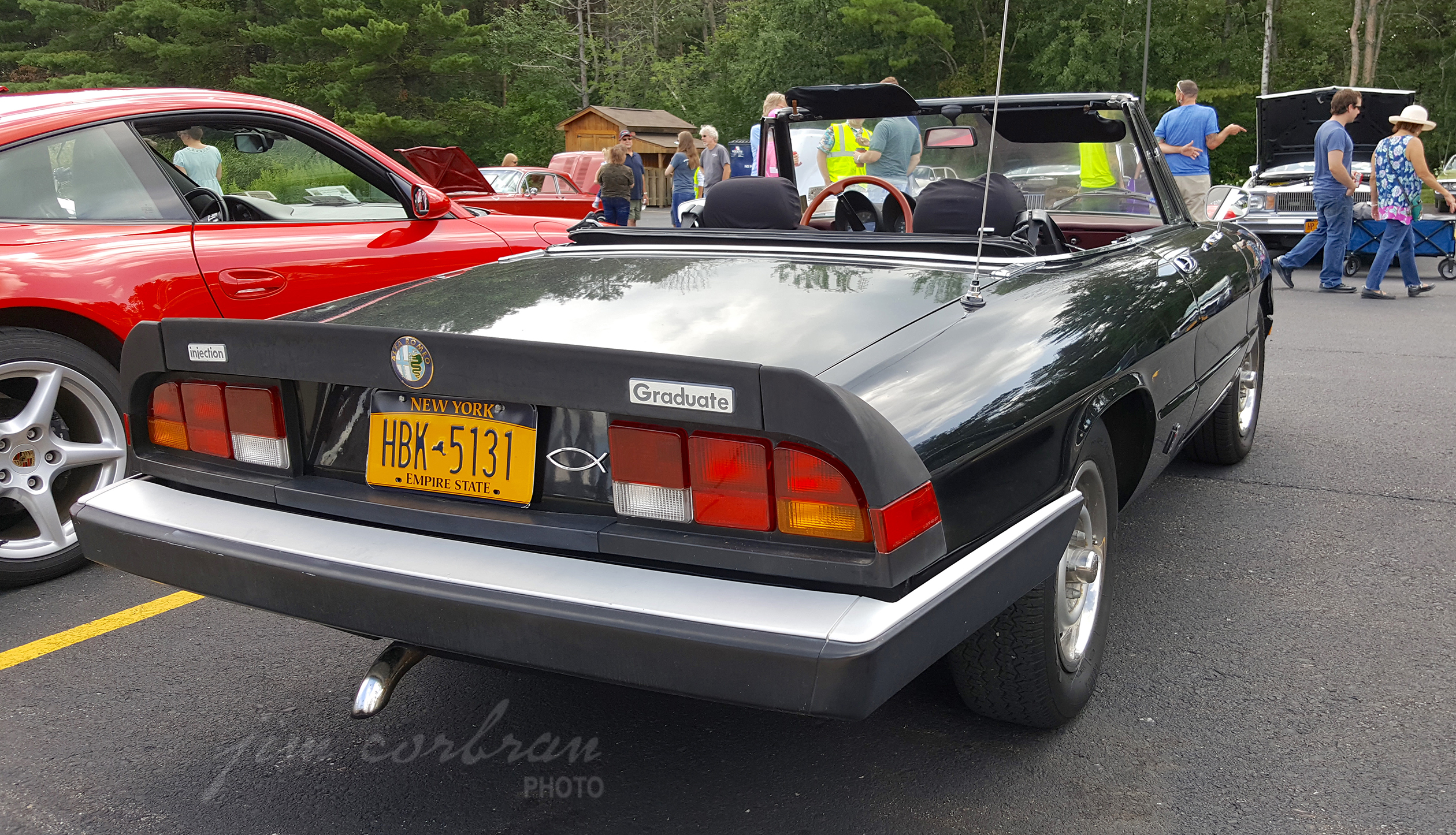 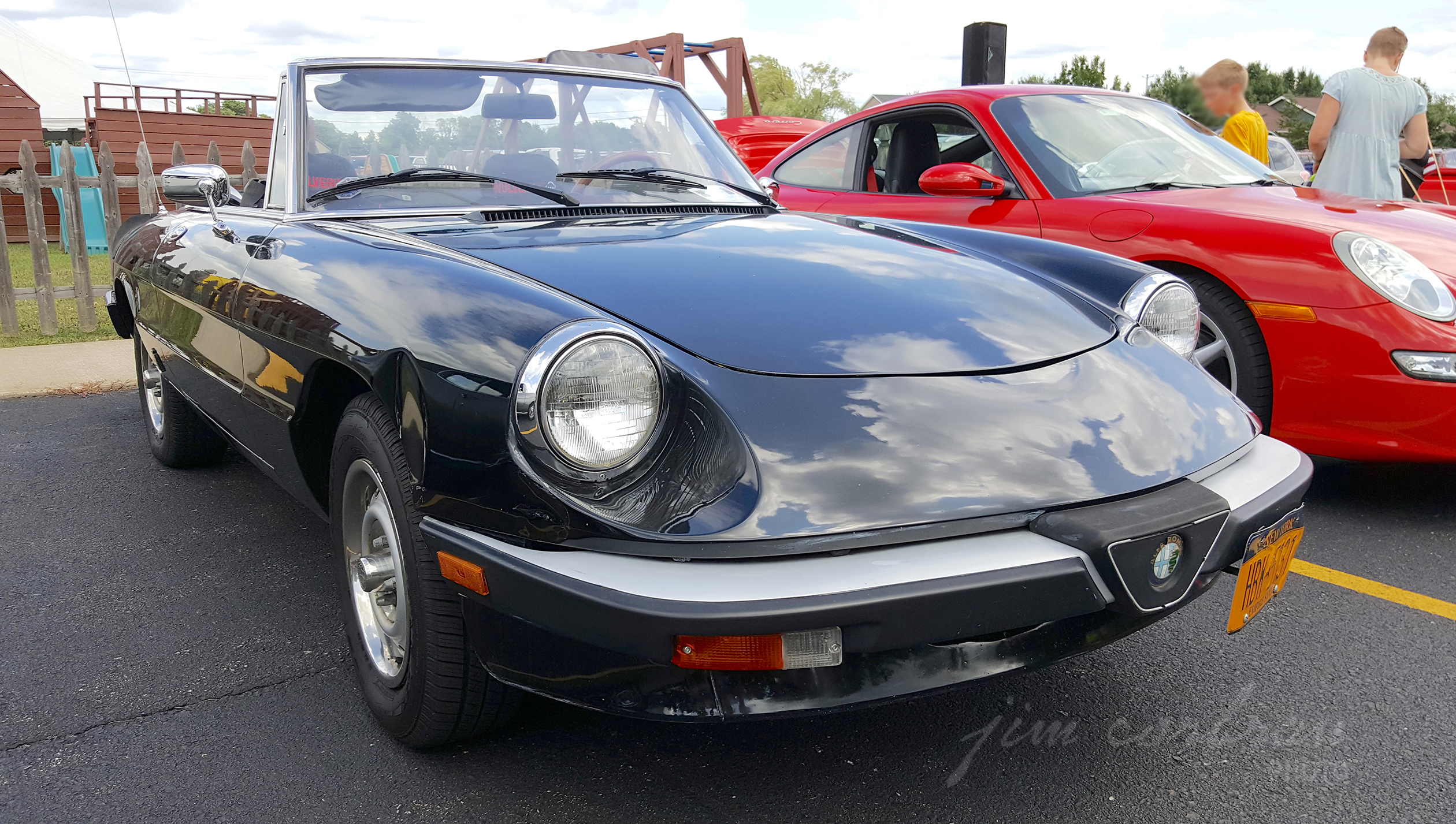 It’s not often you see a car wearing a factory badge which was inspired by a Hollywood movie, but that is just what we see here in this 1985 Alfa Romeo Graduate. If you remember, Dustin Hoffman’s character drove an earlier version of this car, a 1966 Alfa Romeo Spider 1600 Duetto (bottom of page), in the iconic 1967 movie The Graduate. Alfa sold the Graduate version of its Series 3 Spider from 1985-90. It was considered the entry-level Spider, with crank windows, stamped steel wheels, and basic vinyl seats. We saw this one a few summers ago at a car show at Crossroads Christian Church in East Aurora.