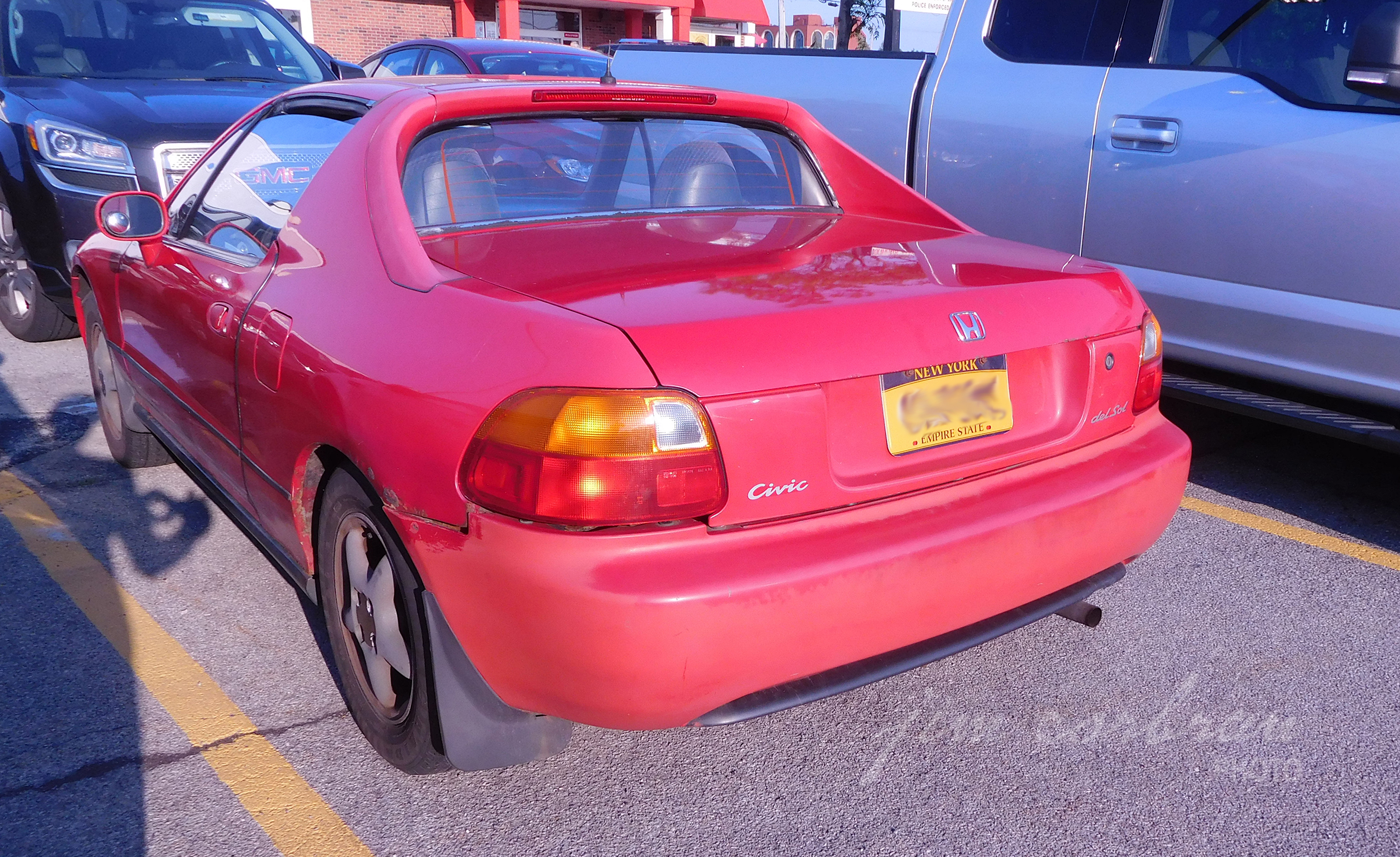 It was only after glancing at the rear of this 1993 Honda del Sol that I was reminded it was actually a Honda Civic del Sol. I’m scratching my head as to why Honda made this quirky two-seater a part of the Civic lineup, as visually it has nothing in common with the rest of the Civics. Reminds me of the situation when Chevy introduced its Dustbuster-shaped minivan and slapped a Lumina badge onto it. This was the debut year for Honda’s two-seat targa-topped… sports car(?),  and yes, it was based on the Civic platform. The easily removed targa top could be stowed in the trunk — or electronically retracted into the trunk at extra cost (in which case the trunk lid would automatically open from the front edge to accept the panel). Seems like a bit of overkill IMO. We saw this one in the spectators’ lot at a cruise night at the Amherst location of the Anchor Bar back in 2018.