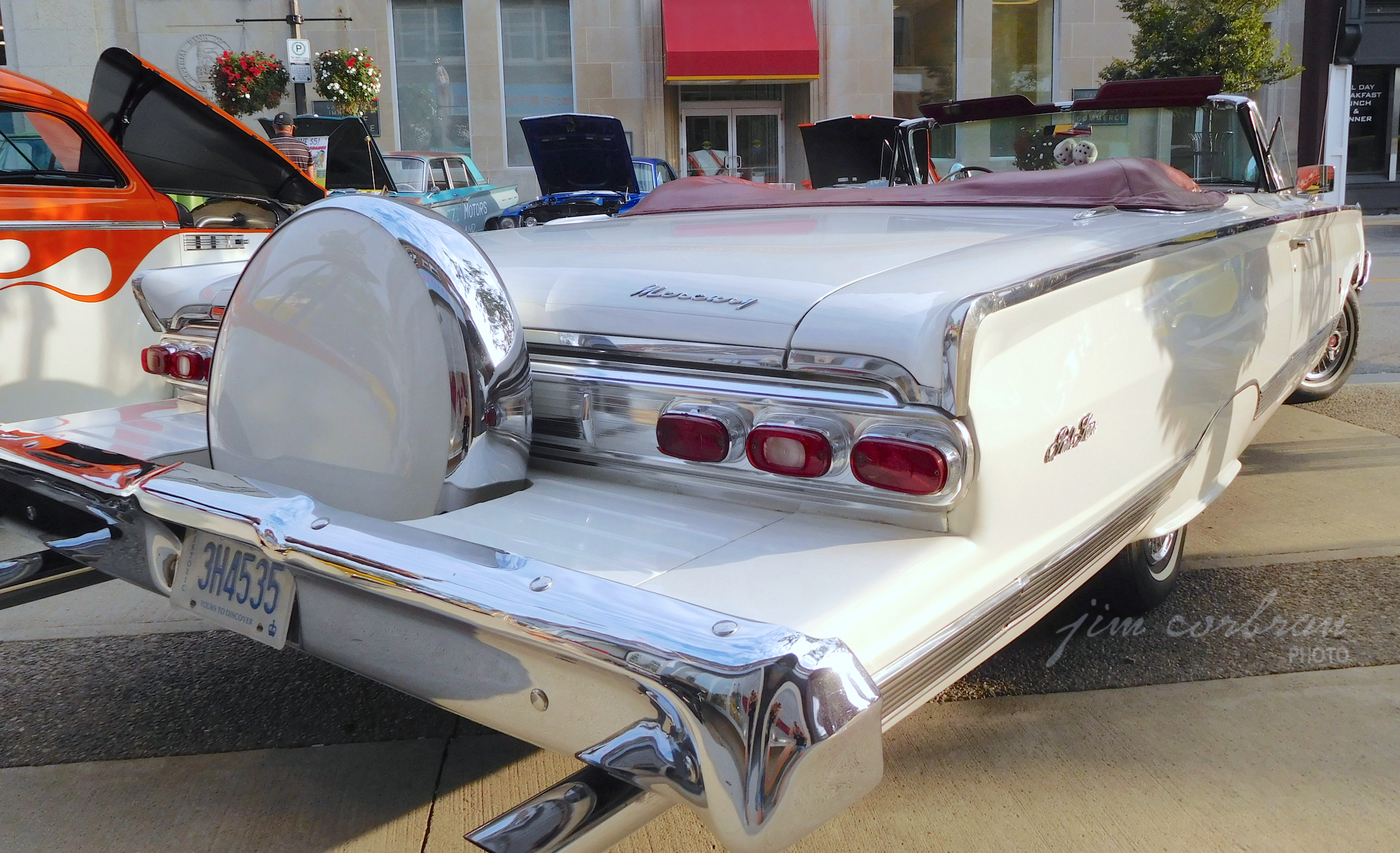 The continental kit on the back of this 1964 Mercury Park Lane serves two purposes: it opens up more usable space in the trunk, and it doubles as a parade reviewing stand for a family of four, Lol. You can just make out in the bottom photo that this one, seen four summers ago at a Cruising-On-the-Q cruise night on Queen Street in Niagara Falls, Ontario, has some serious pipes poking out from beneath that massive bumper. I’m sure there’s more than one garage out there that this boat couldn’t be moored in with the door closed. A good guess is that this continental kit was a dealer-installed option; or possibly it was a newer installation produced by the Canadian company Continental Enterprises in Kelowna, British Columbia.