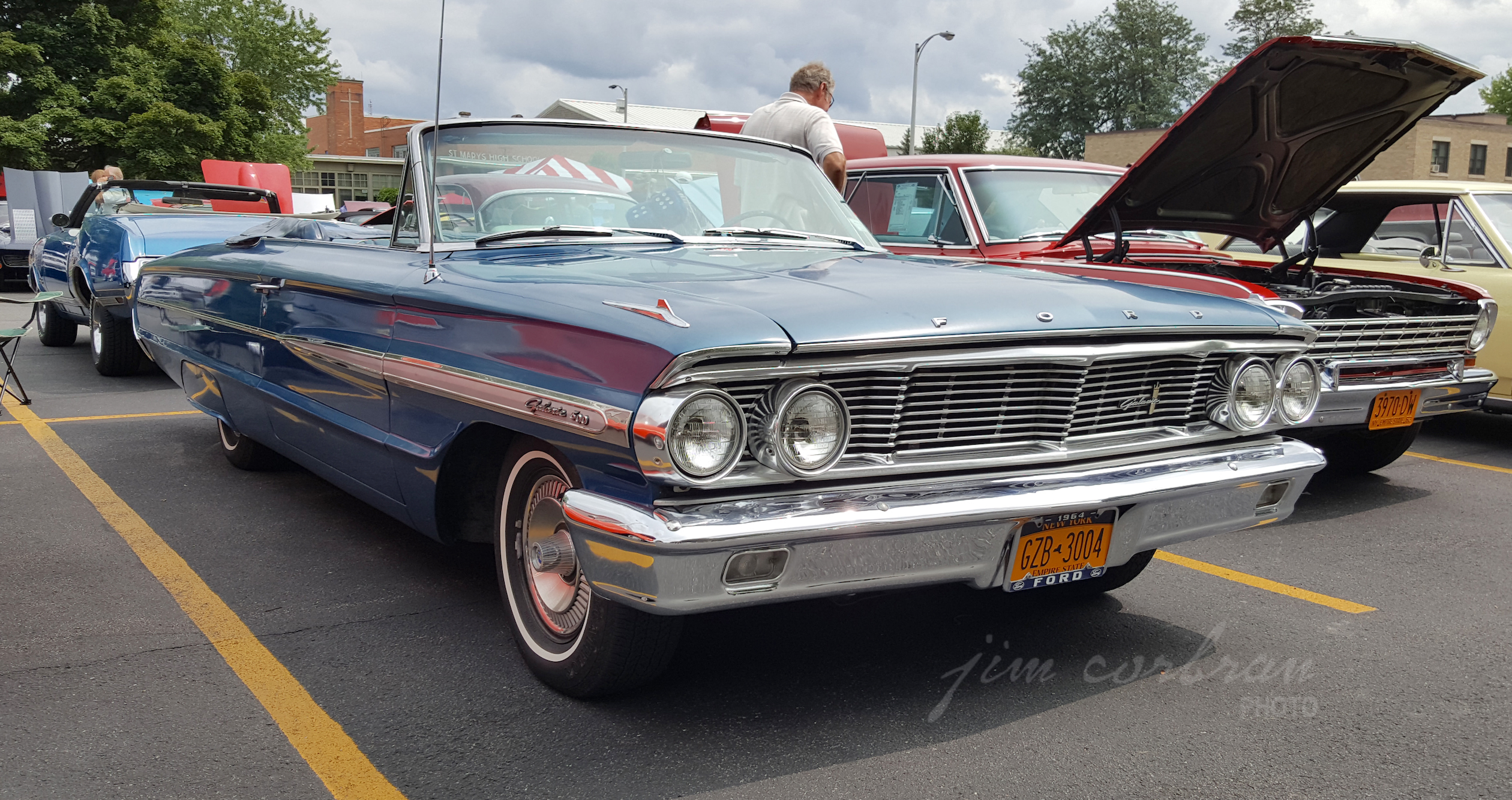 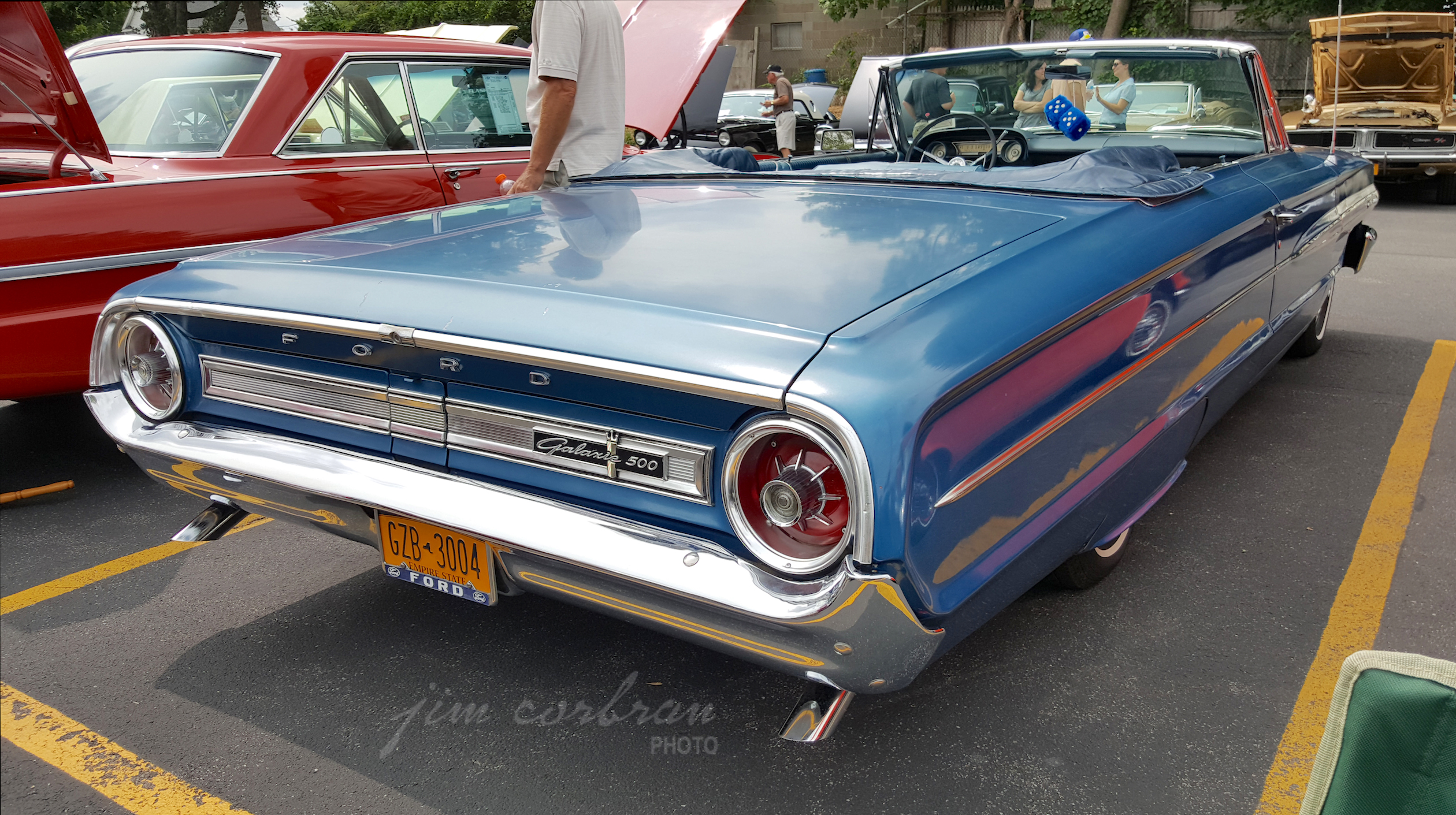 This 1964 Ford Galaxie 500 is a close cousin of yesterday’s RealRide — I’d even hazard a guess that those rear fender skirts are interchangeable between the two. Unlike the bucket-seated upscale 500/XL, the Galaxie 500 came with “Full-Width, 3-Passenger Seats Front and Rear,” or as it said in the French-Canadian brochure, “Larges banquettes à 3 places, avant et arrière.” We saw this one three summers ago at the annual car show held at St. Mary’s High School in Lancaster.