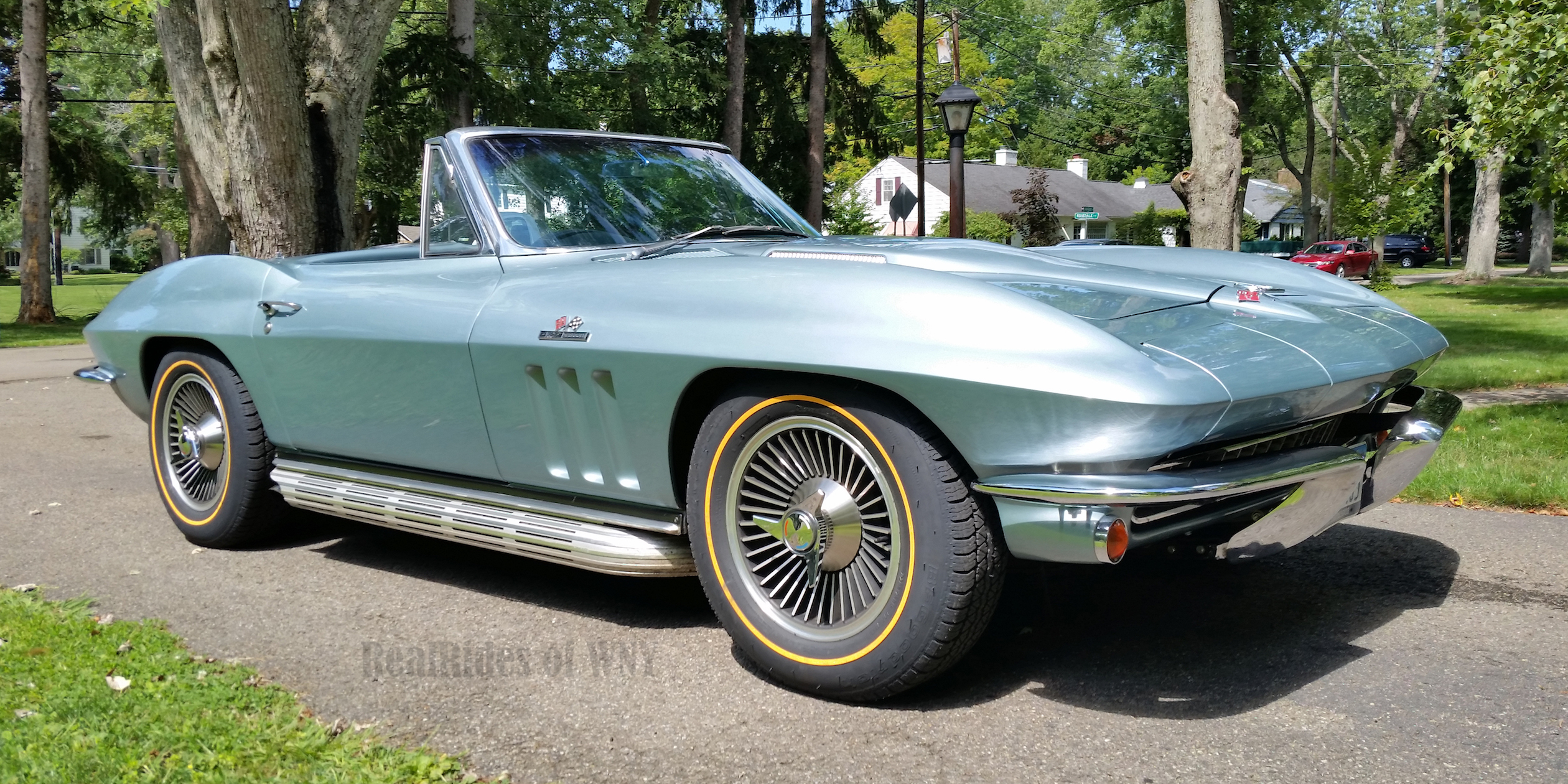 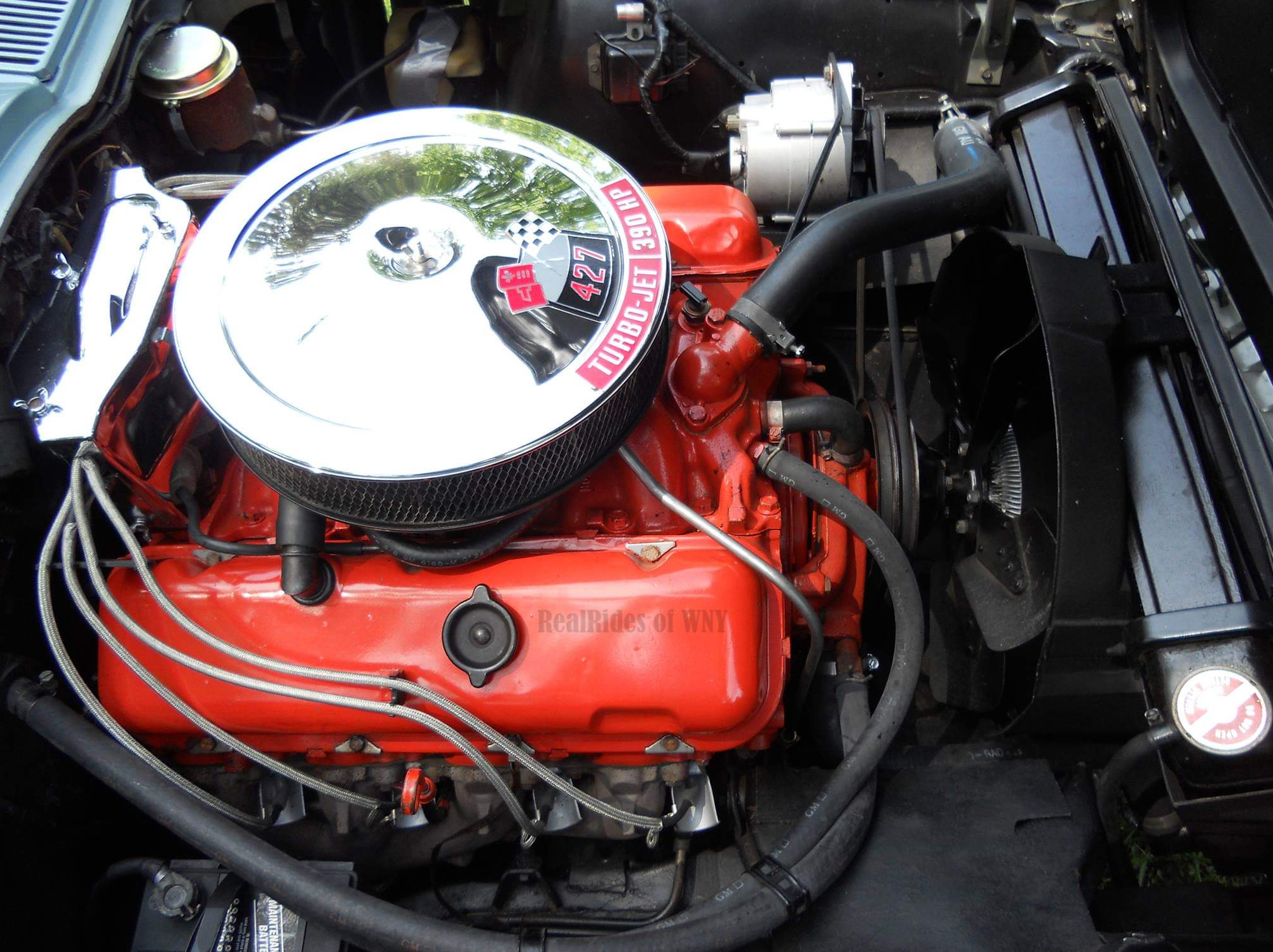 This Trophy Blue RealRide is owned by Gerald Matthews of Hamburg, who recently sent us these photos. As you can see, his 1966 Chevrolet Corvette Sting Ray is equipped with Chevy’s big block Turbo-Jet 427, an original from the factory, rated at 390 hp. Mr. Matthews has owned it for over 25 years now, and it’s obviously been well cared for. Love the tires — BF Goodrich Silvertown Goldlines. Many ‘Vettes came from the factory wearing a set of 15-inch bias-ply goldlines in the days before radials. Check out the brochure illustration below which features the tires as well as the optional aluminum knock-off wheels and side-mounted exhaust, both of which are also found on today’s RealRide. Nice! 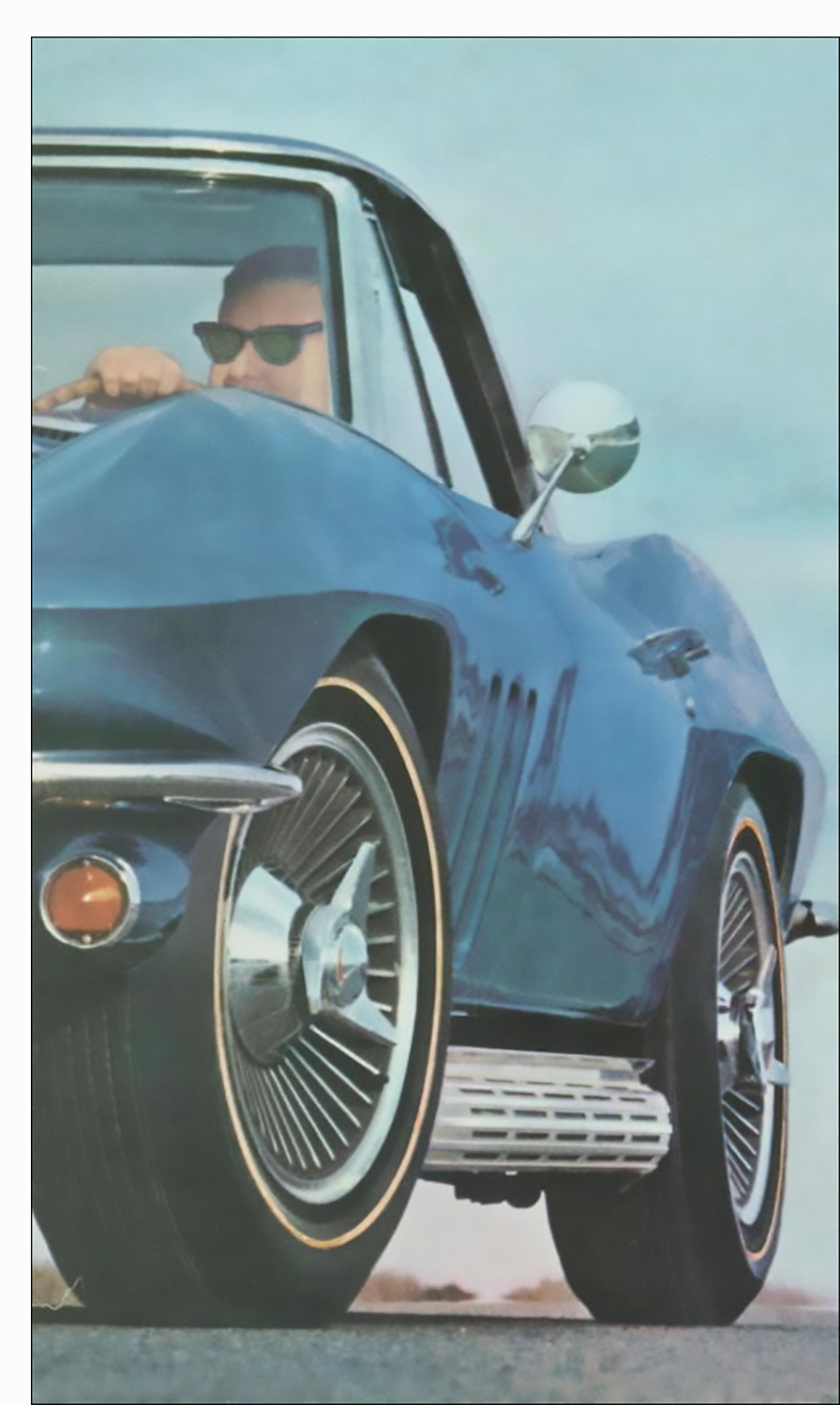