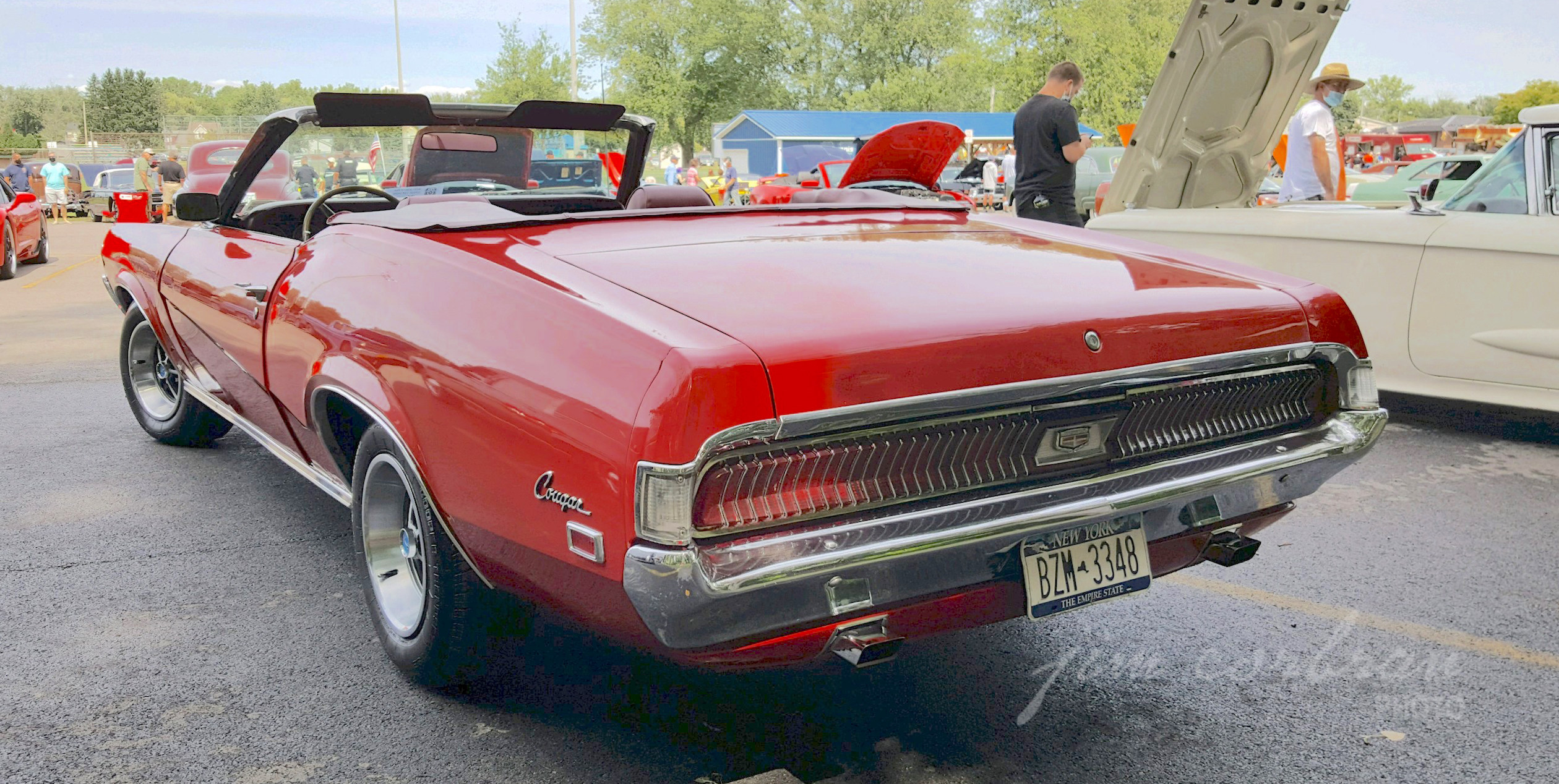 It’s not unusual to run across a Mustang from this era, but it’s rare (IMO) to see its cousin, a 1969 Mercury Cougar convertible, on the road these days. Fewer than 10,000 of them were built— 5,796 of the base model like this one, and another 4,024 of the XR-7. Almost three times as many Mustangs left the same factories. As Merc told us in the brochure, “Virtually everything is new for 1969, from skinside to inside.” Like the first Cougars (1967-68) this styling cycle would last only two years, before growing in size for MY 1971. We saw this one a year or so ago at a car show in West Seneca.