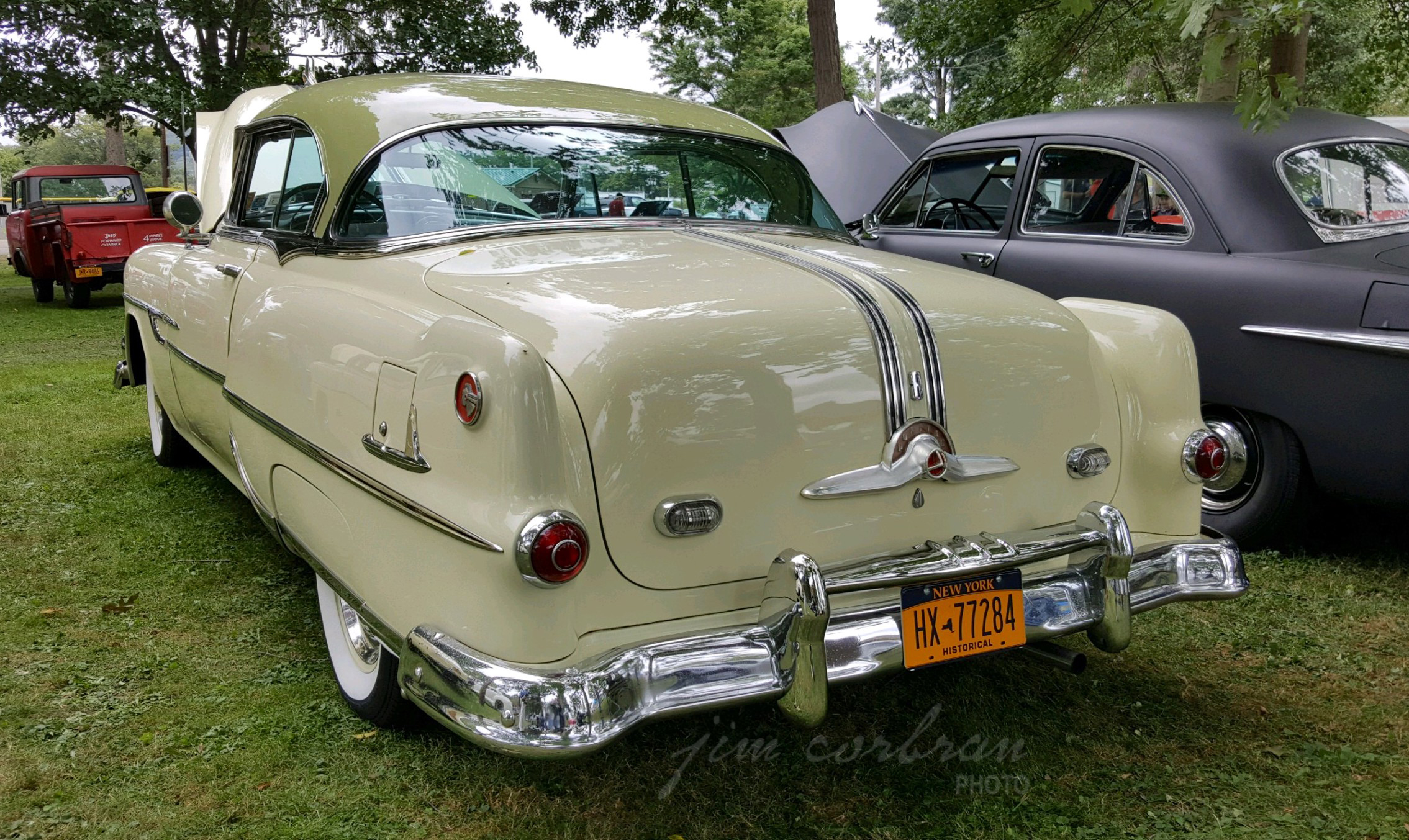 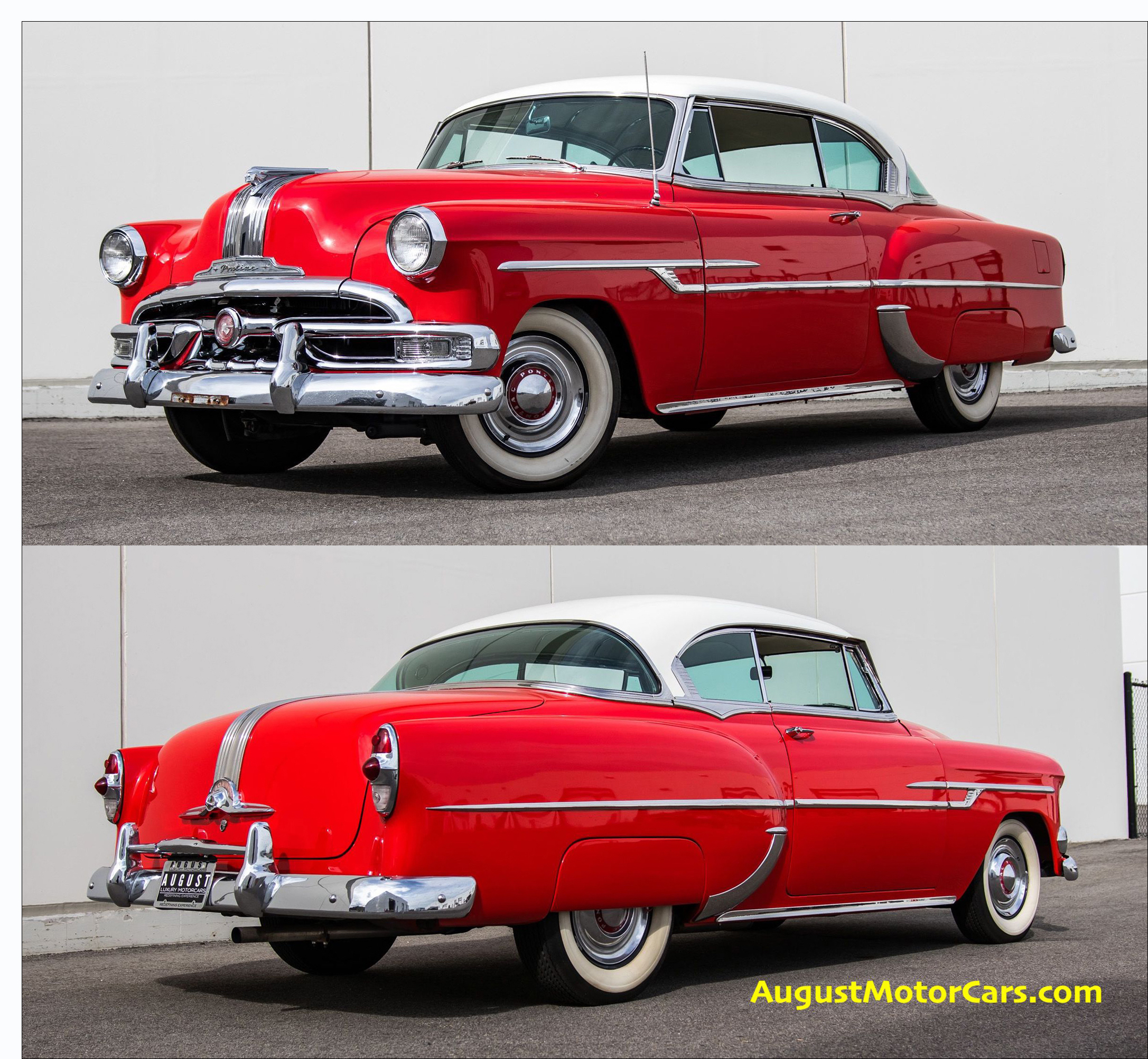 You’ve gotta admit, it’s not often that you come across a 1953 Pontiac Chieftain anymore. We saw this one over the summer at a car show in Wellsville sponsored by the Ancient Order of Hibernians (front view is of an identical car found on the internet). Not surprisingly given its era, it sports a nifty Laurel Green over Milano Ivory two-tone paint job. Some ’53 Pontiacs sold across the border in Canada differed from their American counterparts in that they were based on the Chevrolet body and chassis (inset). It’s most evident in the rear, but look closely and you’ll see the front is also different, using the Chevy hood (as well as the front fenders) with a single chromed Silver Streak compared to the “real” Pontiac’s double bands. Same in the back (on some cars the center of the Silver Streak was painted body color to make it look like two separate bands of chrome). 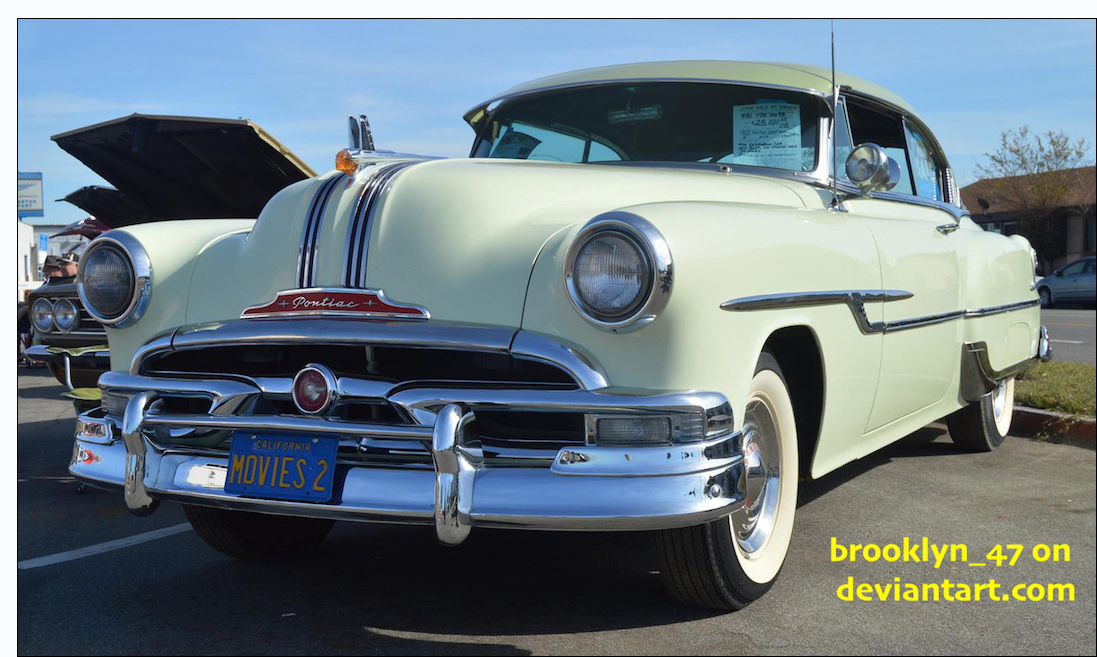